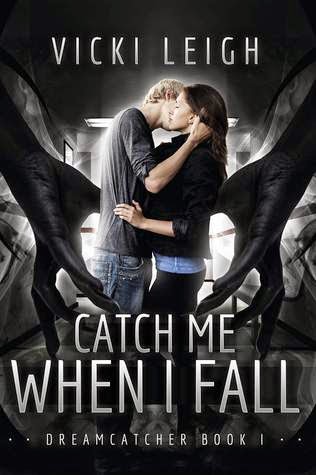 Thoughts on conference signings from a debut author

I don’t know about you guys, but one of the things I most looked forward to as a published author was signing at book conferences. I mean, you’re in a room with other authors—some of them famous—and readers are wandering around, stopping by tables and discovering new books to read.

So, when my agent suggested I try to sign at YALSA’s Lit Symposium, I jumped on the chance and emailed the foundation. To my pleasant surprise, they invited me to join!

Now, I have to admit, I was pretty darn nervous. The Lit Symposium was my first big signing; I didn’t quite know what to expect. I thought I’d be sitting there while readers waited in lines for the big authors before wandering their way to my table when they couldn’t decide who else to see. I imagined carrying 25 of my 50 books on the airplane with me because not enough people knew what my book was about to bother snatching a copy. And I pictured myself stuck in the back corner of a room because I wasn’t with a large publishing house.

I was surprised—and thankful—when none of those were the case.

There were maybe 40-50 authors seated in alphabetical order around the ballroom, and the moment the doors opened, the crowd rushed in, and some even stopped by my table right away! It was so surreal. Yes, I may have signed less copies than Lauren Oliver and Julie Kagawa, but my pen was moving at the same time. It almost felt like being part of a team, where we authors fed off each other’s fans and just made sure the readers were excited to fill their arms with books.

And I didn’t have to bring home a single copy of CATCH ME WHEN I FALL.

So, what did I learn from my first signing event? Here are five tips for those of you who aspire to be one of those authors at conferences:

I’m sure I could go on and on about conference signings, but I doubt you want to read that long of a post. So, instead, I’ll leave you with this:

Signings are essential, but they don’t have to be scary. Have fun, relish the moment, and remember that the readers are probably more afraid of you than you are of them. J

And as proof that I totally fangirled over the other authors—and that they weren’t super scary—here are a few pictures from YALSA’s 2014 YA Lit Symposium. 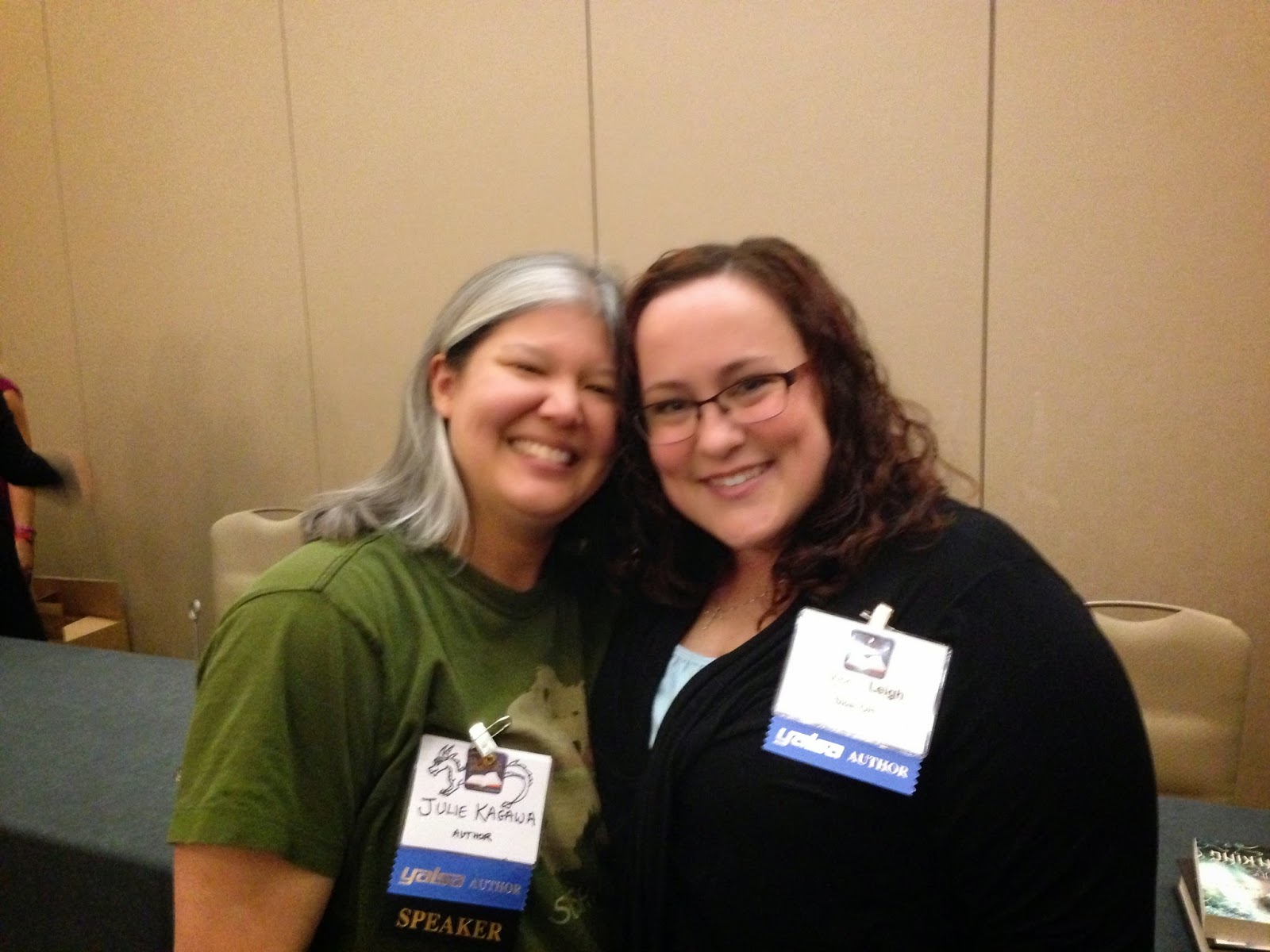 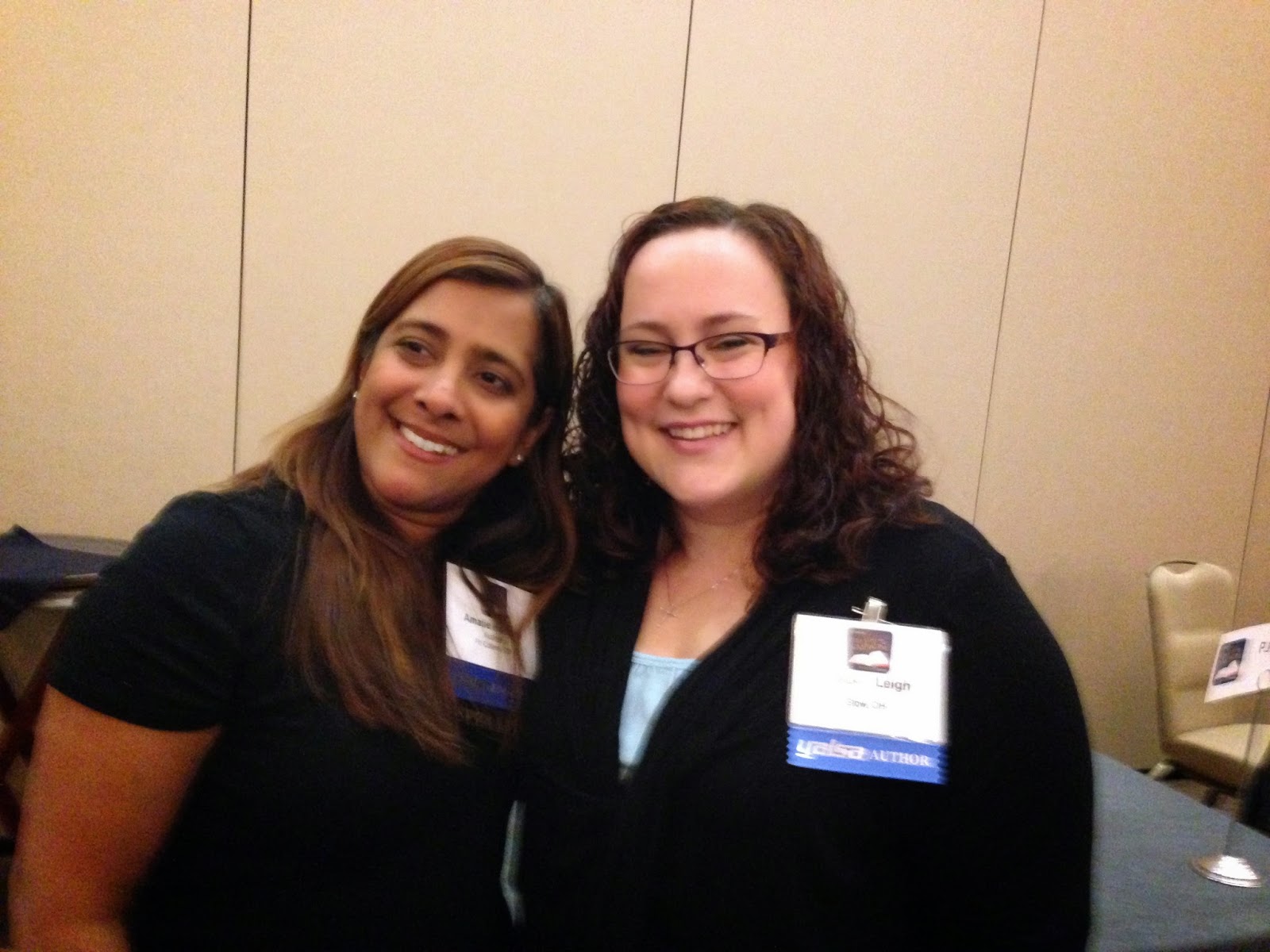 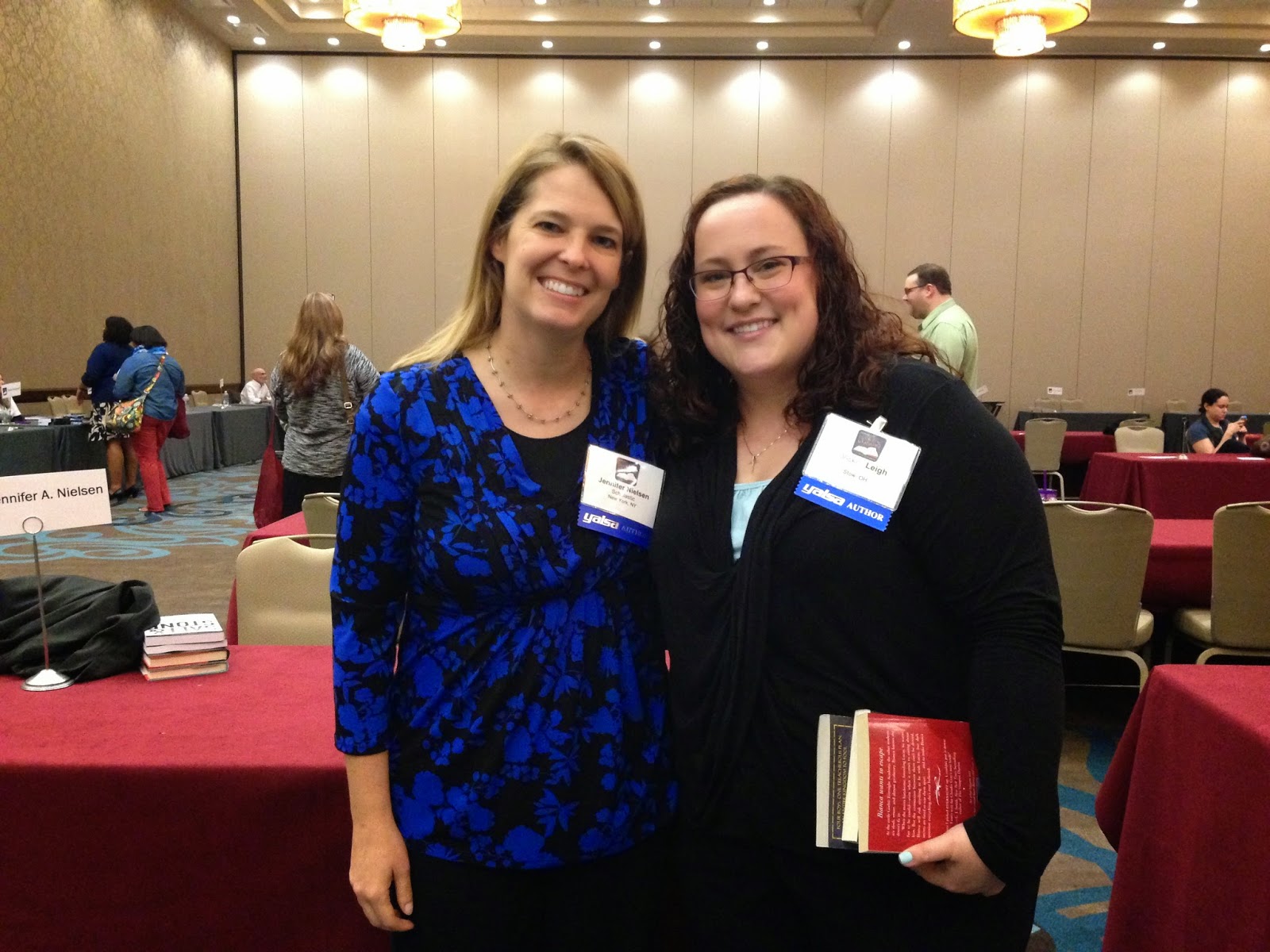 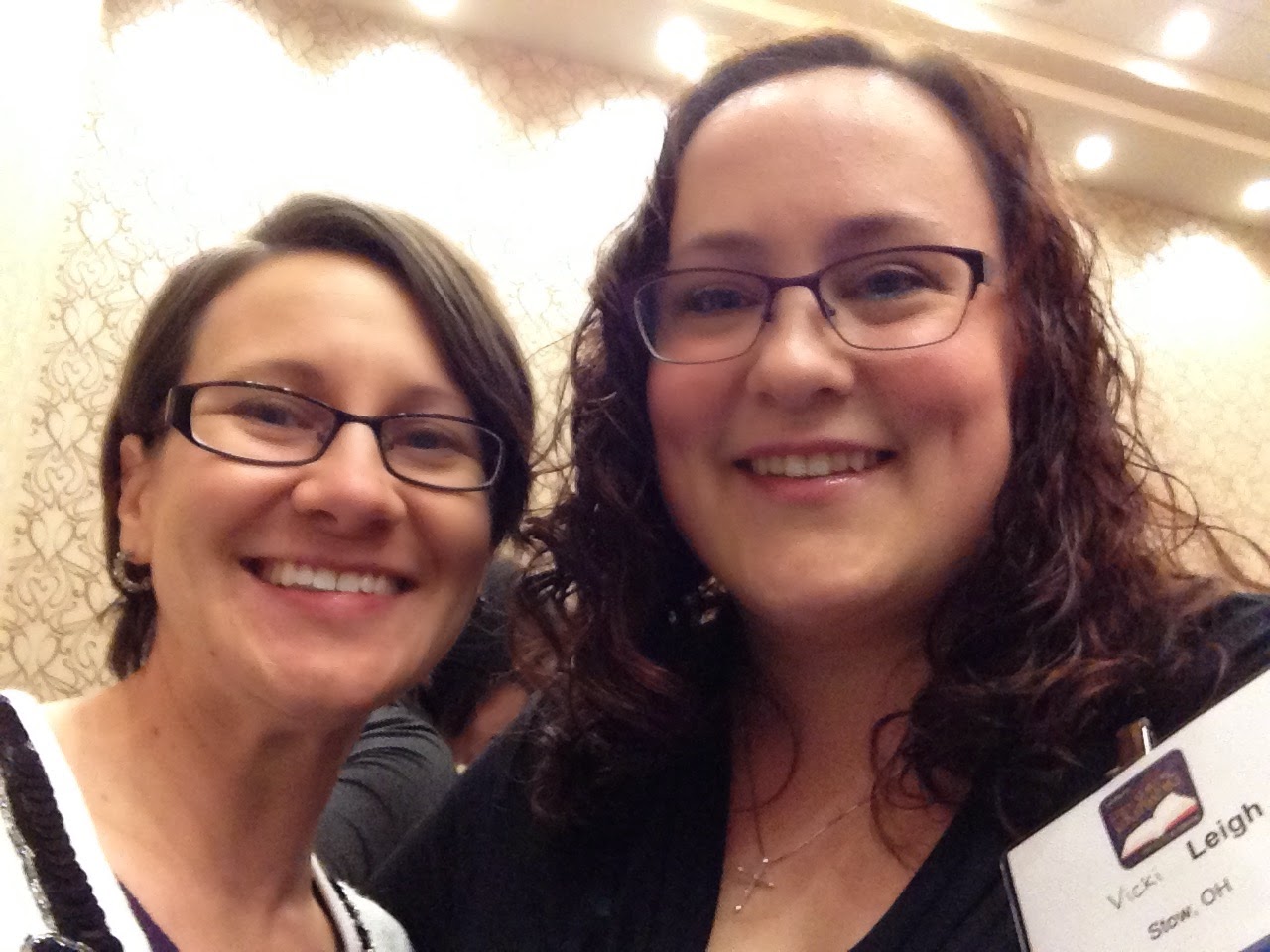 Meeting my agent—which was super cool! 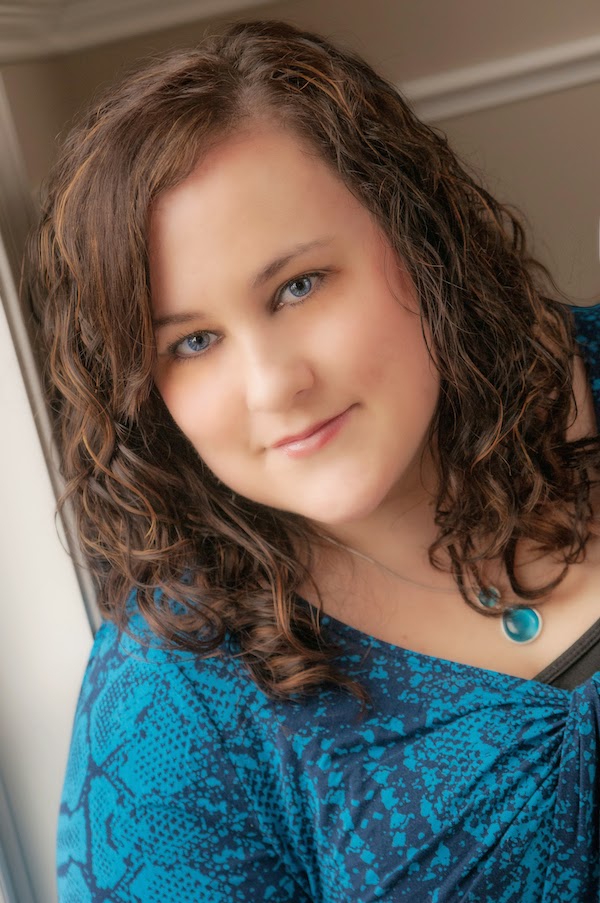 Adopted at three-days-old by a onstruction worker and a stay-at-home mom, Vicki Leigh grew up in a small suburb of Akron, Ohio where she learned to read by the age of four and considered being sent to her room for punishment as an opportunity to dive into another book. By the sixth grade, Vicki penned her first, full-length screenplay. If she couldn’t be a writer, Vicki would be a Hunter (think Dean and Sam Winchester) or a Jedi. Her favorite place on earth is Hogwarts (she refuses to believe it doesn’t exist), and her favorite dreams include solving cases alongside Sherlock Holmes. Her YA debut, Catch Me When I Fall, released October 23, 2014.