This is the first time to hear from an agent who specializes in Christian Fiction. Dan Balow is here to answer questions about his query slush from the Steve Laube Agency.


Is there a better or worse time of year to query? Not really. I am pretty organized and keep up on them.

Does one typo or misplaced comma shoot down the entire query? No. But a misspelled word in the title is a problem. Not being from an editorial background, I overlook a lot of things that trouble editors, but it is still nice to have it well-crafted.

Do you have an assistant or intern go through your queries first or do you check all of them?My assistant is there to organize, but I check everything myself.

If the manuscript has a prologue, do you want it included with the sample pages? Yes

Some agencies mention querying only one agent at a time and some say query only one agent period. How often do you pass a query along to a fellow agent who might be more interested?Our agency wants one agent within the company at a time. If declined, then they are free to pitch to another, but need to mention they sent to another. I will recommend an author send to one of our agents, but I won't send myself. Simultaneous submissions to other agencies are fine.

Most agents have said they don’t care whether the word count/genre sentence comes first or last. But is it a red flag if one component is not included? Not a red flag, but appreciated fairly early in the query or cover letter.

Writers hear a lot about limiting the number of named characters in a query. Do you feel keeping named characters to a certain number makes for a clearer query? Yes. The idea of the query is to get someone interested quickly. Get to the point quickly.

Should writers sweat the title of their book (and character names) or is that something that is often changed by publishers?  Do the best they can, but don't hold either very tightly. The publisher needs to have some latitude.

How many queries do you receive in a week? How many requests might you make out of those? I get about ten per week. I will normally take an extra step with one of those ten.

Many agents say they don't care if writers are active online. Could a twitter account or blog presence by a writer tip the scales in getting a request or offer? And do you require writers you sign to start one? Yes on both counts. It is very important.

Some writers have asked about including links to their blogs or manuscript-related artwork. I’m sure it’s not appropriate to add those links in a query, but are links in an email signature offensive? Links are good, no matter where.

If a writer makes changes to their manuscript due to feedback should they resend the query or only if material was requested? Only if requested.

What bio should an author with no publishing credits include? Give some sense why they are motivated or qualified to write.

What does ‘just not right mean for me’ mean to you? Relatively fast, I need to feel like I can sell a particular proposal. Agents see the world through the eyes of publishers. If we don't see something they would want, then "it is just not right for me."

What themes are you sick of seeing? Only things that are preceded by the phrase, "I know you say you aren't looking for _________, but here it is anyway."

Do you consider yourself a hands-on, editorial type of agent? Hands-on, yes. Editorial, no. My background is the business of publishing and I help authors who need that type of agent.

What’s the strangest/funniest thing you’ve seen in a query? I plead the fifth.

What three things are at the top of your submission wish list? A tough question. Honestly, great writing takes a lot of forms and is usually surprising. Art surprises. So surprise me.


What are some of your favorite movies or books to give us an idea of your tastes? I like biographies like Unbroken, fiction like Crichton and business books from Seth Godin. I try not to allow my personal tastes dictate what I can represent and sell. I've discovered that I am not the market for most things, so I've learned to see the world through the eyes of others. 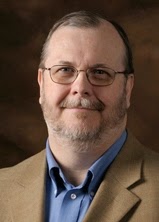 Dan is a 30 year veteran of the Christian publishing industry. He was the director of marketing for Tyndale House Publishers working with authors Francine Rivers, James Dobson, Josh McDowell, Charles Colson and many others.

Starting in 1995, Dan led the marketing team for the immensely successful Left Behind series by Jerry Jenkins and Tim LaHaye. Eventually devoting most of his time to the effort, he took on the role of Director of Business Development for the series, expanding his involvement to licensing and product development along with the marketing. At its peak, the series was selling over two million copies of various products per month on its way to over 60 million copies to date.

In 2002, he added the role of director of international publishing for Tyndale and later, Director of Research and Analysis for the company. In recent years he has worked as Publisher for two audio publishing companies and consulted with ministries and publishers on their publishing programs.

Dan has served on the executive board of ECPA (the Evangelical Christian Publisher’s Association), the trade association for Christian publishers. In addition, he is a founding member of the advisory board of the Christy Awards and is involved in training and mentoring Christian publishers around the world. He was a presenter in marketing and digital publishing at the 2012 LittWorld conference in Nairobi and will be presenting similar sessions to publishers in Ghana, West Africa in August 2013. (Here is a link to a video of Dan speaking on the basics of marketing at LittWorld.)

Dan is a graduate of Wheaton College with a degree in Communications, is married to Carol and they have four grown children. He will be working from his office in Wheaton, IL.