Getting the Submission Call with Ami Allen-Vath

Submission is a secretive place and for good reason. It's not polite to kiss and tell. (Imagine the stress of querying on steroids.) Ami Allen-Vath is here to shed a little light on the process.  Thanks, Ami!

Being here on Michelle’s blog is so weird and exciting, you guys! In May of 2013, I was in the query trenches and bummed about not making it into one of the awesome query contests that Michelle co-hosts. (There’s another one coming up: Sun vs. Snow—check it out!) Then, about three months later, she posted a Query Questions interview with Victoria Lowes of The Bent Agency. I queried Victoria and two months after, I was on here with my very own “Getting The Call” post talking about my query to agent journey. Today I’m back to say that I’ve made it through the fiery pit of “sub hell.”

Being on sub started out very fun and OMG THIS IS CRAZY! I was a little awestruck when I first got the list of editors Victoria would be pitching my book to. My agent started with a mid-size round and then as responses came in (fairly positive, seemingly subjective but yet NOPE) my agent would send more out. Fun fact: my agent used my query as her pitch—it was basically word for word so keep this in mind querying writers: Your query may never die!

The time it took from starting sub to the offer was about five months. It felt like soooooo muuuuuuch longer but I’m not going to complain. I would have never gotten through this without some people who knew what I was dealing with. I had something every writer on sub needs: A SUB SUPPORT GROUP. There is nothing like dipping into the pool of obsession, overanalyzing and anticipation than with a fun-loving writer friend or two. Writerly support is always good but if you have someone who is also going through sub or just got out of it, hold that writer friend tightly. Checking in and getting check-ins from others in the trenches made everything so much easier.

You know what didn’t make it easier? Going into Barnes & Noble and drooling over book spines, publisher names, and all the gorgeous covers. Holding other pretty paperbacks and hardcovers in my hands in the YA section was this beautifully awful form of torture. I’d be on the brink of tears so many times just holding a book and knowing that someday, somehow–please please please somebody– that could be me.

That’s why rejection is so hard. In querying or with your book on submission…it’s one more person saying “Sorry, I wish I had better news!” “I loved this BUT…” Yes, getting emails from my agent with a rejection gave me mini stomachaches. One made me cry. Sometimes I felt like I just wasn’t quite good enough. It felt like my book was becoming so ALMOSTY. I saw other writers in the trenches going through similar stuff. So much second-guessing. But just remember, those feelings are temporary. They usually fade or at least begin to ease up the morning after. I strongly advise against sub rejection being interpreted as giant red signs that say GIVE UP NOW.

The day that Victoria emailed me to call her was my son’s birthday. She told me we had an offer and I’m pretty sure I made her say it all over again and “Whaaaat?” I was in a fairly calm state of shock and awe. Since offer day, I’ve been on the brink of tears (but never legit breaking down) about the whole thing a good handful of times. I had a decent amount of time from offer to actual contract signing to get used to the idea of becoming published, but still can’t quite wrap my head around it. (Yes, there is still more waiting to be done after you get the offer—take note, as this can be fairly quick or fairly lengthy).

So to get into more detail of the sale, I am beyond thrilled that Kristin Kulsavage of Sky Pony Press, an imprint of SkyHorse Publishing has bought my YA debut, Prom Bitch. I had a conference call before we accepted the offer and Kristin was so wonderful. She loved the dark edginess of Prom Bitch mixed with the light and swoony romance and humor. She got my book and wasn’t interested in trying to make it one thing or the other. This meant so much to me and was important (crucial) in selling my book. I’m so thrilled to move into the next phase of this journey with another person who believes in my book.

My story about being on sub is just one in a bazillion. Sometimes it’s a first book; sometimes it’s the twelfth. Sometimes you get an offer in week two and sometimes in year two. There are so many ways to make it out of being “on sub.” So keep in mind, that a success doesn’t always mean a big auction with a giant advance or even a sale at all. Every journey is different. As long as you don’t give up or stop writing, you’ll still be a writer and your dreams are always within reach. 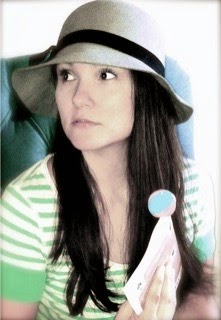 Ami Allen-Vath is a YA contemporary author, represented by Victoria Lowes of The Bent Agency. Her book, Prom Bitch is forthcoming from Sky Pony Press in fall of 2015.
Ami loves books, good and bad TV, and ice cream. She does not like birds, cilantro, or cartoon character impressions. She lives in New Jersey with her husband, two children, and a dog named Yoda. She can be found on Twitter: @amilouiseallen, Facebook, and her blog: “Ami with an I.”