Getting the Call with Erin Beaty

Sometimes it can happen so fast and sometimes it takes months or years. Every journey is unique. Enjoy this new Call story from Erin Beaty. 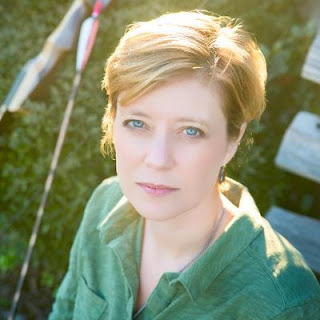 I’d always considered myself an engineer, not a writer, though I admit being aware my writing was above average- especially in my major. As a voracious reader and an introvert, I had stories I liked to play in my head during family road trips (back when all we had were walkmans) or later on the long, dark watch shifts on a navy ship. As a stay-at-home mom, I had a blog, which I used to remember the goofy things the kids did and keep the grandparents informed. But I never took it seriously or promoted it.

I toyed with the idea of writing down one of my stories, but it wasn’t until April 2014 that inspiration hit me so hard I thought, yeah, I’m gonna do this. Six weeks later I had the first draft of a novel, and I came out of the closet to my friends and family as a writer. As with most of these kinds of admissions, no one was really surprised.

I set the book aside for a few weeks and did tons of research on how to get published. I found critique partners and revised. By that October, I thought I was ready.

Everyone queries too early. Everyone.

I shudder to remember my first queries, but I did get one partial request (passed a week later) and then a full request with the warning it would be a few months before the agent would have time to read it. I entered drawings for query critiques (soooo helpful), PitchMAS, and contests like Sun vs Snow (didn’t get into a single one). I attended a writers’ conference and made connections. I critiqued other people’s stories, which was one of the best things for finding problems in my own writing. Around February I came to the conclusion that my baby needed some serious work.
I withdrew from the world and rewrote over half my scenes, slashed 12k words, and added 8k new ones. After a month of intensive revisions, I sent my manuscript to some fresh betas, and the reviews were overwhelmingly positive. Just as I was almost done polishing, I heard from the agent who requested in November. She was ready to start reading soon, and since it had been so long, she wanted to make sure it was a) still available and b) the latest revision. Figuring she would reject the old version anyway, I felt I had nothing to lose by promising a new one within 2 weeks, and she said she’d wait.

Almost one year exactly after I started writing, I sent out a round of queries and 2 full replies (one to said agent, plus a request from February). Almost immediately I got another full request. Cue booty shaking.

But the literary world is a cruel one, and a week later rejections started rolling in, including on the new full. Fewer were form rejections though, and that was a good sign. I girded my loins and sent out another round, then that evening I got a quick note from that one agent (from the very beginning) saying she was starting in the next couple days so I would hear from her soon.

Several days later I'm headed to lunch with friends. I'd sent out another batch of queries that morning and was a bundle of nerves. My phone buzzed with an email, and I pulled it out to look. Groupon.

I dismissed the notification, thinking that someday, someday it would be an email from an agent saying "I want to talk." It would happen when I was least expecting it, but it would happen. I put the phone down and sighed. Someday.

My phone buzzed with a new email. I swear this is true.

It was from the agent who’d requested in November. I could read the first lines: Dear Erin, You kept me up all night reading, I'm very upset with you. Now I have to go back and read the story again...

I slammed the phone back down on my lap, like when I was 13 and called the radio station to win Paula Abdul tickets, and they answered with "You're caller number nine!" and I panicked and hung up.

I stared out the windshield for a minute (I will always remember where we were on the highway). Finally I mumbled to my husband, "I just got an email from an agent."

"It says..." I picked up the phone and opened the message. It was short and sweet. "She wants to talk."

I don't remember setting up the call. I don't remember writing pages of questions to ask. But I must have done both of those things because less than a week later I was on google chat with a printout in front of me and a deer in the headlights look on my face. Don't let her know you're crazy.

She put me right at ease. She said the nicest things about my story. She wanted to know if I had sequel plans- and she loved them. She suggested a revision point in the plot, which I liked, but she offered rep without it. I asked for 2 weeks. Then it was over.

It took me another day to be able to start emailing all the agents who still had my query. Manuscript requests and very nice step-asides poured in. It was the end of the school year, and my family was in the middle of moving, meaning I couldn’t take calls most days, so I extended the timeline a little. Patient agent was patient. Then I waited another day because writing two rejection letters was freaking hard. That and I was driving a carload of kids and cats across the country.

I went with the first agent, the patient one- Valerie Noble. She still has to be patient with me, because I never send a revision but 2 days later I’m emailing with “Wait! I have to fix…”

Even months later, I’m still in a daze because, really, it happened so fast. Getting an agent is only the beginning, I know. But the journey doesn’t feel lonely anymore.

As a postscript to this story: When Valerie’s full request came in, I was in the guest bedroom of my in-laws’ house for Thanksgiving, reading email on my phone. Less than 14 months later, I was at my in-laws’ for a wedding - in the same room, chilling on the same bed, when Valerie called my cell-phone.

I had an offer.

Erin Beaty was born and raised in Indianapolis, Indiana, which means she can't drive a tractor, but she won't eat veggies that come from a can. She graduated from the US Naval Academy with a degree in rocket science and somehow always ended up writing her study groups’ lab reports. After serving in the fleet as a weapons officer and a leadership instructor, she resigned to pursue her side hobby of populating the Church of Rome. It still amazes her when other people want to hear the stories that come out of her head.

She and her husband have five children, two cats, and a vegetable garden and live wherever the navy tells them to go.