Getting the Call with Karen McManus

It's always wonderful to share a success story from a former contest veteran. Karen was one of Mike's picks for our recent Nightmare on Query Street! Congrats, Karen! 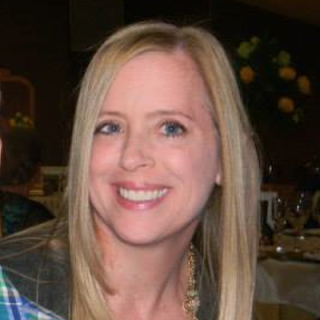 I was one of those kids who wrote constantly. By middle school, I had an entire library of books I’d written and (badly) illustrated. But once I started the college-career-family trajectory, I let my interest in writing slide.

A few years ago I started reading YA books and was inspired to try my hand at writing again. I spent months writing at night and on weekends, and for the first time since my childhood, I finished a book.

Not a GOOD book, though.

It was a classic first effort that should have been trunked as a learning experience. In late 2014 I didn’t have critique partners or beta readers. Nobody except my sister and a friend had read ever my book. While it had some characters I still love, it also had gaping plot holes, pacing problems, and so much first-chapter exposition that my MC sounded like a tour guide. Plus it was dystopian-themed, which had been off-trend for years.

But I didn’t know any of that. I attempted my first query, which was basically plot teasers and adverbs strung together with clichés like “she doesn’t fit the mold.” Which mold? Who knows. I didn’t specify.

Not surprisingly, my inbox was a mixture of crickets and form rejections.

A breakthrough came when I joined Twitter in spring 2015 and met other writers. I found my first critique partner, who became my writing soul sister. I learned the market and studied writing as a craft, reworking both my query and my novel. I gave PitMad a try. I participated in a YA first-page critique party and met another amazingly talented CP. But while I finally managed to eke out a few agent requests, I realized my first manuscript was fundamentally flawed and put it aside.

(I did enter that MS into the 2015 PitchWars as sort of a Hail Mary, hoping one of the mentors I applied to might help me fix it. They all quite rightly turned me down.)

I wrote another book, a YA contemporary fantasy my CPs praised, and started querying in the fall. I had a better request-to-rejection ratio than my first manuscript, but still heard “just not for me” plenty of times. Then in October I entered Nightmare on Query Street (NoQS), a contest run by Michelle Hauck and Michael Anthony, and was chosen for Michael’s team. That was a huge confidence booster that came with bonus helpful mentoring.

Meanwhile, back in September, I’d been inspired with an idea for a third book, a YA contemporary mystery. I wrote it madly in every spare minute—the characters completely took over my brain—and finished a draft in two months. My CPs thought it was The Book, but I wasn’t sure. I put it away for a few weeks, and when I came back to it I saw clearly what plot threads had to be reworked.

I’d met some amazing beta readers during NoQS, and they helped me revise more intensively than I ever had before. I took every opportunity I could find for additional feedback, searching for common issues that tripped readers up and trying to fix them. It was a complete 180 from my early days of writing in a vacuum.

In January 2016 I was ready to jump back into the querying trenches. I’d gotten a subscription to Publishers Marketplace, and had carefully researched agents I thought would be a good fit for my book and the career I wanted to have. I kept getting drawn to Rosemary Stimola’s website, admiring her list and the editors she’d worked with. So one Friday afternoon, I took a deep breath and submitted a query via her online form.

She requested the full three hours later. I’ll let you imagine the unprofessional flailing about that followed.

I sent my manuscript and settled in for a long wait, submitting a few more queries and getting additional requests. I also drove myself crazy looking at QueryTracker statistics and preparing for what felt like inevitable disappointment. But when Rosemary emailed a week and a half later, she wanted to set up a time to talk.

Flailing. Unprofessional. Lots of it, again.

When Rosemary offered representation, her vision for the book was so perfectly in line with mine that I was tempted to accept on the spot. But I had other fulls out between my second manuscript and this new one, and needed to give those agents a chance to read. By the end of the week I had additional offers and considered them carefully, but ultimately Rosemary’s immediate connection to the book won me over. I happily signed with her in February.

I learned a lot while querying, but the lessons that stuck with me the most are these: Connect with other writers. Constantly improve your craft. Above all, even (or especially) when you doubt whether you have what it takes, keep writing. Don’t give up. You never know which of the projects you’re working on will turn out to be The Book.

Updated: In news of the pinch-me-I’m-dreaming variety, Delacorte Press will be publishing my debut and a second book, which is the best postscript I could ever have hoped to add.

Karen McManus writes contemporary and fantasy YA, and is represented by Rosemary Stimola of Stimola Literary Studio. Her debut, ONE OF US IS LYING, about the fallout from death of a high school student who created a gossip app and its impact on the four teens whose secrets he was about to reveal, is forthcoming from Delacorte Press.


You can find her on Twitter @writerkmc and at www.karenmcmanus.com.