The Evolution of a Super Heroine from Colleen Halverson


When I started Through the Veil, I knew my heroine Elizabeth would have super powers, but I wasn’t sure what form they would possess. As a perpetual outsider her powers needed to resemble the kind of boundary pushing that she enacts within her own character arc. I think this is the first step in creating super powers. Abilities are often a reflection of a character’s inner strengths and values, and they are also a reflection of their personal struggles. At one point in Through the Veil, a powerful character reminds Elizabeth that she should “know her place” and “stay where she belongs.” She responds, “I was raised in the military…I never belonged anywhere.” This sense of “not belonging” is a blessing and weakness. It’s a blessing because it allows this character to move in and out of spaces with ease, both in the literal and magical sense. It’s a curse because, of course, one can get lost in that sort of power.

Hiro Nakamura from the since-canceled NBC show Heroes is a great example of losing one’s way upon the path, and his journey really inspired me as a writer. I wish they would have given Hiro his own show! I found the story of a cubicle drone dying to break free from the monotony of his corporate existence so compelling. Before Hiro’s powers manifested, though, we already saw him as someone who had the ability to enter a magical fantasy world through comic books. While he may have played the subservient pencil pusher, in his mind, he was free. His powers reflected his innate ability of being able to imagine limitless possibilities, and it’s no wonder that his power to manipulate space and time became his signature.

Yet, there is one incredible moment in the show where we see Hiro, after trying relentlessly to manipulate the past to create a more positive outcome, standing in a warehouse, literally lost in his own fruitless decisions. Strings crisscross around him, representations of his futile attempts to trace past events in order to change the present he somehow created. Hiro’s journey reveals to us how our greatest desires can control us in subconscious ways and how our strengths can easily become our weaknesses.

Another key influence of Elizabeth’s powers derives from Irish poetry and music. Elizabeth is an aisling (pronounced ASH-ling), which in Irish means “dream” or “vision.” The source of her abilities comes from eighteenth-century Irish Aisling poems. These poems are often written from the perspective of a man, who, while walking the fields of Ireland, has a vision of a beautiful, supernatural woman.  This woman inspires the man to rebel against foreign invaders before fading back into the mysterious world from which she came. Irish music is also filled with these sort of spectral visitors.

The song “Spancil Hill” features a person who flies across the Atlantic Ocean to reunite with his companions during an annual fair. One of my favorite traditional songs is “She Moved Through the Fair,” which focuses on a similar ghost-like wanderer. Because of oppressive property laws in Ireland, many young people could not afford to marry, so they either emigrated or lived lives of lonely despair. This song describes the incredible ache of a young man who longs to be reunited with his true love. At the end of the song, he says,

Even more contemporary examples of Irish music reveal similar themes, such as the lyrics in living-legend Tommy Sands’ song “County Down.” In this song, the singer imagines traveling along the wind from Ireland to London to call his child back home. He cries, “Can you hear me? Oh, can you hear me? As you walk through lonely London town…” It’s the otherworldly quality of these songs I wanted to insert into my heroine. While spectral visions and traveling on the astral plane aren’t necessarily particularly “Irish” phenomenon, these songs and poems served as a great source of inspiration for crafting my modern-day heroine. Irish mythology and folklore, and indeed any oral tradition, are rich with individuals who possess an ability to break through the boundaries oppressing them.

I think, in part, our current cultural obsession for superheroes and superpowers derives from a deep, human desire to retell these ancient stories. Think of Thor of the Avengers, for example, as a retelling of some of the core stories of Norse mythology. And really, aren’t a lot of super heroes and heroines not just modern day versions of Hercules, Athena, Achilles? And just like Achilles, their stories have lessons to tell us about our strengths, but also our weaknesses. Creating a superhero or superheroine, to me, is not just a random exercise, but something that has to reflect a character’s core being. Flashy powers might draw us in as readers, but in order for us to stick around, these abilities have to reflect a deeper inner conflict. 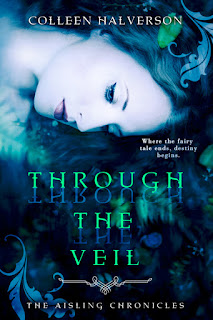 Through the Veil Blurb:


Elizabeth Tanner is no Tinkerbell, and her life is no fairy tale. Broke and drowning in student loans, the one thing she wants more than anything is a scholarship from the Trinity Foundation. But after the ancient Irish text she’s studying turns out to be more than just a book, she becomes their prisoner instead. And when Trinity reveals Elizabeth is half-Fae, she finds herself at the center of a plot to save the magical races of Ireland from a brutal civil war.

As Commander of Trinity’s elite warriors, Finn O’Connell isn’t used to having his authority challenged. He doesn’t know whether to punish or protect the infuriating young woman in his custody. When he discovers the Dark Fae want to use Elizabeth’s abilities to control the source of all power in the universe, he’ll risk everything to help her.

At the mercy of Trinity and enslaved to the Dark Fae, Elizabeth finds herself alone on the wrong side of an Irish myth thousands of years in the making. Refusing to be a pawn in their game, Elizabeth has to fight her way back to the man she loves, but to do so, she must wage her own war against the magic that binds her. 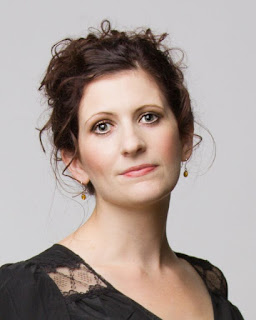 As a child, Colleen Halverson used to play in the woods imagining worlds and telling stories to herself. Growing up on military bases, she found solace in her local library and later decided to make a living sharing the wonders of literature to poor, unsuspecting college freshmen. After backpacking through Ireland and singing in a traditional Irish music band, she earned a PhD in English with a specialization in Irish literature. When she’s not making up stories or teaching, she can be found hiking the rolling hills of the Driftless area of Wisconsin with her husband and two children.