Getting the Call with Aden Polydoros

A ripping success story from Nightmare on Query Street! And I'm going to add that Aden got his call within days! That was just amazing! 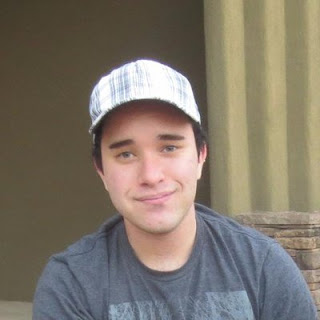 I wrote my first book several years ago. At the time, I believed that the bigger the book was, the better, and managed to inflate what should have been a 70k story to close to 90k words. I sent it out to around thirty agents, probably more, and it received no requests and very few actual responses. Discouraged, I put the manuscript aside.

Over the next two years, I tried to write other novels, but I rarely got past the beginning. I was afraid that if I wrote another book, it would never be published and I would have ended up wasting half a year of my life obsessing over it. (Now I know better—even if a book is never published, you still gain experience from writing it.) Luckily, I had an excellent English teacher who encouraged me to keep writing and told me that one day I would become a published author. With his support, I convinced myself to give it another shot.

In the beginning of 2015, I began working on a YA thriller. I probably went through an entire economy-sized bottle of ibuprofen in the several months I spent writing the first draft. When I was done writing the story and polishing it up, I sent it out to agents. I had done my research this time, and I made sure to personalize my query letters and send the story only to agents who represented its genre. This time, I was a little luckier; after a few rounds of querying, I received some partials and one full. I also sent it to one publisher, Entangled.

I found out about Query Kombat through a link in the Absolute Write forum. I submitted my manuscript and was chosen. Through the contest, I received two full requests and three partials.

One by one, the agent requests were all rejected.

While I continued querying the first manuscript, I wrote a YA suspense novel called The Garden. Out of the several full requests I received, one was a R&R. The agent told me the protagonist was inactive. I cut out over 30k words (i.e. half the book) and rewrote the story so that the MC was less passive and had more at stake. Several months after finishing the revisions, I submitted The Garden to Nightmare on Query Street.

One of the two agents to ask for a full request in NoQS was Mallory Brown. I sent the manuscript to her on October 30th. On November 1st, while eating dinner at the school dining hall, I checked my emails on my phone. When I saw Mallory’s email, I thought I was going to break my previous record for # of rejections in a day. Then I read the subject line: OFFER OF REPRESENTATION.

I arranged to speak with Mallory the next day. Because of my class schedule and the difference in time zones, I woke up at 4 AM to call her at 5. I was extremely nervous and probably made a stuttering fool out of myself. By the time we finished the call, I half-expected her to rescind the offer and file a restraining order against me—okay, exaggerations aside, the call didn’t go that bad. I was thrilled to hear how much she liked my story, and glad to know that we shared the same vision for it.

Interestingly, several weeks after signing with Mallory, I received a response from the publisher I had sent the first manuscript to. This month, I signed with them for a two book deal.


Aden Polydoros grew up in Long Grove, Illinois, and now lives in Arizona. He is a writer of young adult fiction. When he isn’t writing, he enjoys reading and going on hikes in the mountains. Aden's first book, PANDORA FROM THE CLAY, is due for Summer 2017 from Entangled Publishing. @AdenPolydoros