Getting the Submission Call with Alessandra Harris

I'm so happy to share another success story today, especially one that closely resembles my own story! And her book comes out today! Go snag a copy! 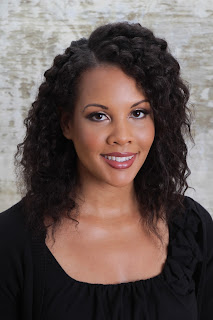 As a proud pantser, I always joke that when I try to outline my books, my characters just laugh and do what they want instead. That is very much how my publishing journey has gone, but with a great outcome.
After spending years writing my first novel about two couples trying to honor their vows while struggling with secrets, temptation, and illness, I imagined I would query agents, get rejections (of course), then get an offer of representation. The agent would sell my book at auction, resulting in a six figure advance, and happily-ever after would ensue. So excited for this all to happen, I started querying my dream agents almost as soon as I completed my final draft. Big mistake! I mainly received no response or form rejections, and after accumulating quite a few, I decided to try a different course of action.
So, I went to my first writer’s conference and literally shook with fear as I directly pitched to agents. A few agents requested pages, so I celebrated in the hotel bar afterwards, certain I was on my way. Surely the agents would fall in love with my story, and my dilemma would become choosing between multiple offers. Wrong! Though all the agents eventually rejected the pages, I did network with other writers, improve my pitch, and revise my query.
When I returned home and sent out the shiny new query, I finally got a few requests from agents. But after more rejections, I knew my story needed work. My first fifty pages were not hooking agents, but I didn’t know why.
A break came when I entered and was accepted into the writing competition, Nest Pitch. Agents requested, and though they too ended up rejecting the pages, this time I got feedback. Professional advice about why the story wasn’t working was invaluable. I stopped querying and decided to give my story a major overhaul, including hiring a professional editor.
Satisfied with the revisions, a few months later I started querying again. This time, agents were requesting partials that turned into fulls. I felt that surely an agent’s offer of representation was imminent. But after three fulls were rejected, I became dejected. And while I was so close, I was also burned out by the rejection. Since I had queried my dream agents early on, and had steadily continued to go through the list of agents over the course of a year, there literally weren’t many agents that represented women’s fiction left to query.
So instead of continuing to query, I shelved the novel. I wrote a third manuscript during NaNoWriMo and figured I’d learn from my mistakes and do everything right the next time around. After all, people always said first novels often aren’t “the one.”
But then came a plot twist. About three months after calling it quits on that novel, I went to Taco Bell, picked up a mild sauce packet, and read the words: “Why not?”  Now, for anyone else, they would have squeezed the sauce on the burrito, tossed the packet, then went on with his or her life. But see, what I haven’t mentioned is that my novel was tentatively titled, “Why Knot?”
At first, I felt that the universe was taunting me. The sauce packet was a cruel reminder of what I’d given up on. But then, I decided I’d use it as motivation. Give it a last shot. After all, people who’d read my novel had enjoyed it and thought it was an important story that needed to be told. I’d toiled for years writing it and invested money to make this novel a reality. No, I wasn’t going to give up. A friend had recently signed with a small press, and I decided I’d try something new. 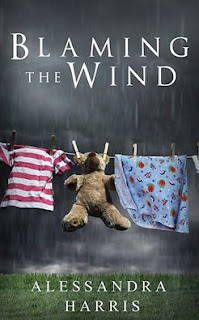 After researching small presses, I submitted to Red Adept Publishing because of its great reputation and authors that have become New York Times best sellers. It was three long months of endless email checking, but when I got “The Call” offering representation, I was elated. On the call, the publisher mentioned areas of the book that needed work, and I knew that my book would be in good hands. After content and line edits, my novel, Blaming the Wind, has become the best version possible. Although it did not go as planned, my book journey has helped me learn patience, perseverance, and flexibility. Now, a year after signing, my book will be released, and I look forward to the post-publication road ahead.


Alessandra Harris writes novels that delve into real-life issues without shying away from controversial topics and reflect the diversity of the world in which she lives. After graduating from San Jose State, Alessandra volunteered as a contributing writer for CityFlight.com, a former online magazine geared toward the San Francisco Bay Area’s African American Community. Alessandra is the organizer of San Jose Writers, an eclectic group of writers in the South Bay Area, California. At home, she enjoys spending time with her husband and four wonderful children.

Brief description: Blaming the Wind delves into the lives of two couples grappling with secrets, temptation, and illness. Only time will tell if their vows are strong enough to hold them together. Coming April 19, 2016 from Red Adept Publishing.