THE AGENTS OF NIGHTMARE ON QUERY STREET 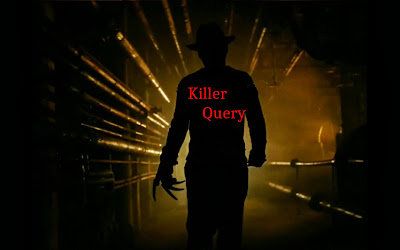 Feel the fear because here they are! The agents of Nightmare on Query Street, live and in the flesh.

If you haven't heard the news yet, Michelle, SC, and Mike are at it again with a Halloween contest called Nightmare on Query Street. You can find all the info here! It's gonna be awesomely spooky and we hope you help us make this a success.

Be sure to take a look and see if your genre is represented.

Currently, we have EIGHT agents signed up for the contest. With any luck, we'll have more come October 19th. Now, for the moment you've all been waiting for...the agent list.

Thanks a million to all the agents who found the time in their busy schedules to make this contest happen. You are all AWESOME.

PS: Don't forget Mike is holding a flash fiction contest to secure a spot in the 100 entries we will accept. He's already got some great entries. He'd love to read yours! 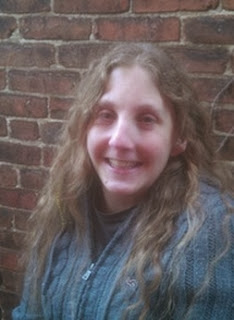 Jordy Albert is a Literary Agent and co-founder of The Booker Albert Literary Agency. She holds a B.A. in English from Pennsylvania State University, and a M.A. from Millersville University of Pennsylvania. She has worked with Marisa Corvisiero during her time at the L. Perkins Agency and the Corvisiero Literary Agency. Jordy also works as a freelance editor/PR Director. She enjoys studying languages (French/Japanese), spends time teaching herself how to knit, is a HUGE fan of Doctor Who, and loves dogs.

She is looking for stories that capture her attention and keep her turning the page. She is looking for a strong voice, and stories that have the ability to surprise her. She loves intelligent characters with a great sense of humor. She would love to see fresh, well-developed plots featuring travel, competitions/tournaments, or time travel. Jordy is specifically looking for:

* Middle Grade: contemporary, fantasy, action/adventure, or historical.
* YA: sci-fi, dystopian/post-apocalyptic, contemporary, historical (Though I am open to looking at other sub-genres, I'm looking for YA that has a very strong romantic element).
* NEW ADULT CONTEMPORARY ROMANCE.
* Romance (contemporary and historical). 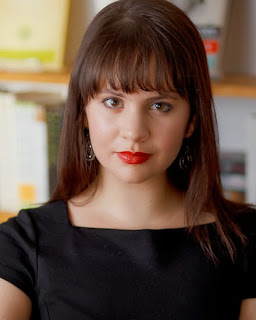 Molly has been working closely with Folio authors’ projects since 2008, and is an Associate Member of the Association of Authors’ Representatives (AAR). In addition to building her selective but growing list of clients, Molly utilizes her editorial background, previous work experience in the e-publishing industry, and intimate knowledge of the Folio list in her position as Folio’s Co-Director of International Rights. She actively pursues sales of international and audio rights and attends all major international book fairs, helping Folio clients’ books reach wide audiences in as many formats as possible. Molly is an avid reader, and when she’s not devouring manuscripts, she can usually be found camped out in the aisles of the Union Square Barnes & Noble (until they kick her out at closing time).

* Middle grade and YA fiction. Interest in paranormal 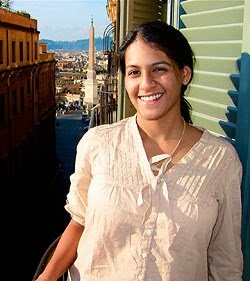 Pooja Menon joined Kimberley Cameron & Associates as an intern in the fall of 2011, with the aim of immersing herself in the elusive world of books and publishing. She soon realized that being an agent was what she was most drawn to as the job was varied and challenging. She represents both fiction and non-fiction for Adult and YA markets.
Her passion for reading inspired her to acquire a BA in Literature and Media from England. Her love for writing then took her to Los Angeles where she pursued an M.F.A in Fiction from the Otis School of Art and Design.
In fiction, she is interested in literary, historical, commercial, and high-end women's fiction. However, she's most drawn to stories with an international flavor, vibrant characters, multi-cultural themes, and lush settings.
In fantasy, she's looking for original, layered plots with worlds as real and alive as the ones that were created by J.K Rowling and Tolkien.
In YA, she's looking for stories that deal with the prevalent issues that face teenagers today. She is also interested in fantasy, magical-realism, and historical fiction. 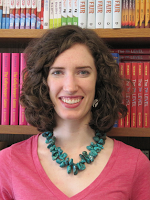 Previously, she was an intern at Don Congdon Associates, worked at a secondhand book store in Connecticut, and evaluated short story submissions for Tor.com under Liz Gorinsky and Patrick Nielsen Hayden.

She graduated from Brown University in 2010. While there, she studied anthropology and archaeology, worked as a radio DJ, fenced on the varsity team, and helped design an experiment that she later performed in microgravity at NASA.

A lifelong fan of children’s books, she’s looking for middle grade and young adult novels in a range of genres, including fantasy and science fiction, historical fiction, romance, and contemporary, plus anything that bends the rules of genre. She is actively seeking books with underrepresented or minority characters.

In accordance with her college degree, she’s interested in informational, literary nonfiction, especially science or history written by experts for a general audience.

Sarah Negovetich is fully aware that no one knows how to pronounce her last name, and she's okay with that.

Her favorite writing is YA, because at seventeen the world is your oyster. Only oysters are slimy and more than a little salty, it's accurate if not exactly motivational.

Sarah's background is in Marketing. FYI, your high school algebra teacher was right when they told you every job uses math. She uses her experience to assist Corvisiero authors with platform building and book promotion.

Sarah is only accepting MG and YA fiction manuscripts.
She is open to any genre within those age groups, but prefers speculative fiction.Contemporary is not her favorite, but she will look at it. She is not interested in seeing poetry, novels in verse, short stories/novellas or anything focused on saving the environment (she's all for recycling, but doesn't want to represent it). 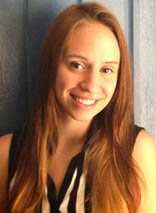 Victoria Lowes of The Bent Agency
Victoria is currently representing only digital-first titles.
I was born and raised in Queens, New York and graduated from the City University of New York, Queens College. Before joining the Bent Agency, I completed internships at Serendipity Literary and the Carol Mann Agency. In my spare time I can be found teaching dance classes for young students or watching re-runs of The Office.
I love books that teach me something, whether it be about a culture I don’t know, event in history or about the dynamics of a tumultuous young romance. I want to root for your characters -- connect with them and the problems they face. I'm looking for characters as complex and interesting as those I meet in real life. 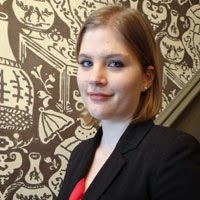 Rebecca Scherer’s time at JRA began as a part-time internship during her junior year at the Macaulay Honors Program at Hunter College. She was working toward a degree in Political Science and Literature as she busily debated which law schools to apply to when the time came. As Rebecca fell for the agency’s charm, she took on more responsibilities and quickly realized that she enjoyed novels more than legal briefs and plots more than torts. When she expressed her reservations to Jane Berkey, the response was simple: “Well then you’re going to come work for me for real now, right?” And with that, Rebecca happily accepted the siren call to join the fabulous Rotrosen team full-time after graduation. She now works for Meg and Andrea as an associate in the editorial department, enjoying all aspects of the job, from queries to contracts to the whimsical wallpaper throughout the office. Rebecca’s favorite genres include women’s fiction, thrillers, and literary fiction, with a particular interest in historical and geopolitical events. Emily Gref is an Agent at Lowenstein Associates, as well as our contracts and royalties manager. She also handles foreign and subrights. Her interests are wide and varied. In Young Adult and Middle Grade she is looking for all genres, but has a weak spot for fairy tale, folklore, and mythology retellings. Emily is also interested in fantasy and science fiction, as well as literary and commercial women's fiction.

It was when Clelia first read Charlotte's Web in the first grade that she got hooked by the magic of books. Her love of children's books carried through adulthood and she is delighted to dedicate her life to bringing quality books and stories to young (and whimsical adult!) readers.

Clelia is originally from New Jersey and lived in New York City for several years prior to moving to Seattle. She has a bachelor's degree in English from Boston College. She received her J.D. from American University, Washington College of Law and practiced law as a corporate litigator in New York City.

In 2011, she decided to dedicate her career to books and reentered graduate school at Emerson College. In 2013, she received her master's degree in Publishing and Writing. While she was studying publishing and taking creative writing courses at Emerson, Clelia worked as a managing editorial intern in the children's book division at Houghton Mifflin Harcourt. Clelia also honed her editorial skills as an editorial intern at Oxford University Press. She also taught academic writing and research courses to freshman students at Emerson College.

In addition to reading YA and children's books, Clelia also likes to blog about them! You can read her musings and ruminations on rereading the books of her 90's youth at www.tweenat28.com.

Clelia is very interested in the emerging New Adult genre. Having faced an early life career crisis, she really relates to characters who are confronted with the challenges of entering adulthood. She is also interested in young adult and middle grade books. She is seeking to represent writers whose protagonists have strong voices and whose plots are original. Clelia never wants to let go of her favorite characters, so she particularly loves trilogies and series that can be adapted to the screen.

Clelia has a special spot in her heart for picture books. She especially loves ones that are funny or quirky, ones that feature minority and multi-cultural characters, and ones parents won't mind reading over and over again to their children.