I think a lot of behind the scenes stuff in publishing is only half known and seldom thought about. I asked Jess Dallow of New Leaf to give us an overview of subrights and how they work. Thanks, Jess! Jess will answer questions in the comments if anyone wants to know more. 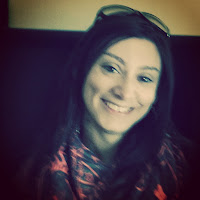 When I first got into publishing, I'll admit that so much of it was a mystery. Of course I knew that I loved reading people's work, that I wanted to work with writers and help them create the best possible piece of writing they could, but I never knew the intricacies that went into the job, the behind the scenes stuff that is mentioned, yet not really talked about. When I was hired at New Leaf Literary & Media after a three month internship, it was in the subrights department. Over the past year and a half I've learned so many interesting things and gained knowledge on the subject that I wanted to share!

There are many forms of subrights (short for subsidiary rights) out there. Audio, first and second serial rights, merchandising, film and television, and what I specialize in at New Leaf: foreign.

The way foreign rights work is whenever we, as an agency, keep translation rights on a book, we send out an email to our agents overseas and our scouts (people who work in finding material for publishers abroad) filled with all the relevant information about the title, in the hopes that they will want to acquire it in their respective territories. There are, of course, certain kinds of books that don't work in other territories (anything too Americanized, things that have a huge historical element, etc.), but we work hard to gain interest, regardless.

Garnering interest and pitching our books is also why we attend international book fairs. This year I did Bologna Book Fair, BEA, and will be heading to Frankfurt in October for another fair! It's days upon days of meetings, but it's incredible to meet with publishers and discuss our books in person. There's more passion when pitching it in person, and when publishers can see how excited we are about a title, it can help us sell them a book they might not have previously thought to be interested in. Plus, it's always so interesting to hear about other markets, what works in specific places and what doesn't, and more importantly, why.

The other important subright that New Leaf deals with primarily is film and TV. While I no longer work with that department, the correlation between film and foreign is important. Once movie rights are sold, and announced, that tends to make books sell, too, and a successful book can potentially make an incredibly successful film. Other territories love knowing there's a film coming because they then know there's a good chance it'll do well for them and it makes it easier for them to buy it.

While having these rights are incredible, there are times when we don't always get translation rights. Sometimes the publisher gets world (all territories) rights; sometimes they get World English (UK, ANZ, Canada). This is all negotiated when making the original book deal with a publisher. So when New Leaf doesn’t control certain rights, the publisher will make the deals and send the details to us to review, just because we work with the writer and having those open lines of communication is great.

It's been such a wonderful experience and I'm still learning new things daily!

Before moving back to her home state of New York, Jess Dallow spent eight years working at a talent agency in Hollywood. Deciding books and cold New York winters were more her speed, she became an intern at New Leaf before being hired as a subrights assistant. In her spare time, Jess can be found at either Sprinkles or Chipotle, stuffing her face with cupcakes or guacamole (thankfully, not together).
Posted by Michelle 4 Laughs at 8:00 AM