The Word on Self-Publishing and Querying Agents

A friend asked my opinion about the large number of writers who seem to self-publishing while looking for an agent. I've seen many agents mention this trend, and not in a good way. My advice is to think long and hard about what you want from publishing and don't jump into it. But I think, the word needs to come from the voice of someone more experienced. I asked my agent, Sarah Negovetich, to give the agent side of this topic. 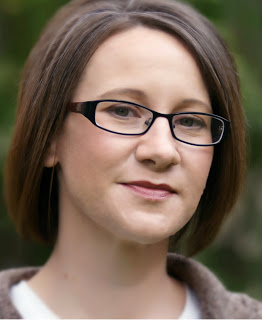 Thanks for having me, Michelle.

I want to talk for a minute about self-publishing. And while we’re getting started, I want to put it out there on the table that I happen to love self-publishing. It’s great that authors have so many options for how to get their work to readers. It’s great that people who want to have control over the process have a way to do it. It’s perfect that niche topics and genres that aren’t a great match for the traditional publishing model can still be read by the people who love them. And, I myself self-published my debut novel. So let there not be any confusion as to how I feel about self-publishing.

There, now that we have that out of the way, let’s talk about the huge self-publishing conundrum that this opportunity has created. If you follow the news in the literary world it’s hard not to see the amazing stories of authors who first decided to self-publish and then found themselves on the fast track to super stardom with a traditional deal in their pocket. Hugh Howey, Amanda Hocking, Cora Carmack. All authors who self-published and are now hitting best sellers lists left and right.

It’s tempting for authors who may be striking out in the query trenches (or just terrified of jumping in) to self-publish first and then hope the big deal shows up. But the people listed above are the exception. An anomaly in the vast world of publishing. For the vast majority of self-published authors that never happens. And that’s when I end up with their query in my inbox telling me about this amazing book they put on Amazon that they think could be huge if only a big publisher was willing to get behind them.

Sadly, now it’s too late. You see, what isn’t spoken about is that in order for those big names to become a blip on the radar, they were already selling massive amounts of books on their own. And they didn’t pitch to the big publishers; the big publishers came to them.

If you are only selling a handful of books a month, you’ve already created a case study for a big publisher that says your book isn’t what readers want. And that may or may not be true, but why would an editor risk sinking money into a project that has already shown a low reader interest? And even if your book is doing fairly well, most editors aren’t going to be interested. They have to believe that they can help your book reach an audience it isn’t already finding. Decent book sales alone are not enough to land you that deal.

In fact, as a general rule I would say that if you haven’t sold at least six thousand books in the past year, you’re chances of getting the attention of a publisher or agent are slim to none. Yep, that’s a lot of books. Nope, very few people sell that many. Again, self-publishers landing traditional deals is the exception.

Here is my plea to all the authors out there considering self-publishing. Understand that you can’t plan to be the exception. Self-publishing is not a short cut to getting an editor or agent’s attention. If you make your book available for sale on a retailer’s website, it is published, and there is no undoing that. So think very carefully before you self-publish that manuscript. Decide if that’s what you really want to do and if you can be satisfied with that route. Self-publishing is not a means to an end with a big fat traditional deal sitting at the bottom of the rainbow. It’s a publishing decision that shouldn’t be taken lightly.

Sarah Negovetich knows you don't know how to pronounce her name and she's okay with that.Her first love is Young Adult novels, because at seventeen the world is your oyster. Only oysters are slimy and more than a little salty; it's accurate if not exactly motivational. We should come up with a better cliché.Sarah divides her time between writing YA books that her husband won’t read and working with amazing authors as an agent at Corvisiero Literary Agency. Her life’s goal is to be only a mildly embarrassing mom when her kids hit their teens.

RITE OF REJECTION
Before You Stands the Future

Straight-laced, sixteen-year-old Rebecca can’t wait for her Acceptance. A fancy ball, eligible bachelors, and her debut as an official member of society. Instead, the Machine rejects Rebecca. Labeled as a future criminal, she’s shipped off to a life sentence in a lawless penal colony.
A life behind barbed wire fences with the world’s most dangerous people terrifies Rebecca. She reluctantly joins a band of misfit teens in a risky escape plan, complete with an accidental fiancé she’s almost certain she can learn to love.
But freedom comes with a price. To escape a doomed future and prove her innocence, Rebecca must embrace the criminal within. Amazon