Nine is my lucky number (not that it has been particularly lucky), and  in celebration I am brightening up this query teardown with flower pictures from my yard. You may not know this about me, but I love to garden. Or well, I love to look at my garden and plan to pull weeds someday.

To become my next participant you need only comment on the queries that come before  and after you and contact me on twitter to volunteer for sacrifice this valuable opportunity.


Please keep in mind that I'm no query guru, but I have read a considerable amount of query slush thanks to Query Kombat. (And that is a lot of repeating of the word query.) I might have an edge on what works and what doesn't.  But as in all such critiquing, the suggestions are mainly subjective. Or in other words, take it with a grain of salt and see if others agree with me.

Lexi's race can't survive Earth's climate without donated bodies, but nobody uses the words suicide or euthanasia anymore. Not since the aliens proved they can cure heart disease, lung disease and cancer up to stage IV. Cure by habiting inside someone or cure with advanced technology? What happens to the human inside? Their soul is gone? Healing depression is impossible, but by possessing a body, they can make the pain disappear forever. I think I'd rather live with the pain. Depression can go away over time.

Most humans are grateful, but fear of the unknown has led to dozens of alien murders. So Lexi conceals her true nature identity? Nature implies her personality, not her race., even when she falls for her human classmate Garrett. Garrett is the name I used for my YA dystopian hero. See subjective, if I was an agent, I'd be paying more attention.  Craving intimacy, she links her thoughts to his and is overwhelmed by an unexpected depression. Visions of Garrett dead Or 'resorting to suicide' Otherwise it sounds like the aliens kill him for being depressed. or donating his own body haunt her.

With Garrett's mental health declining, Lexi must choose between healing him—if it's even possible—or supporting providing? her race with another opportunity for survival. Suddenly, keeping secrets is more important than ever, but now it's from her own endangered species—a species vigilant enough to notice her betrayal. And desperate enough to ensure it will never happen again. Nice sum up of the stakes. Now I'm getting the aliens are ruthless. Maybe use ruthless instead of desperate. I can't say how agents feel about incomplete sentences, but the last one worries me.

ROGUE HEALER is a YA light science-fiction novel complete at 80K words. It stands alone and has series potential. I assume light because it is set on an Earth like ours.

I grew up in Michigan and now live with my husband and children in Germany.  By day, I work as a project manager, and I'm an active member of SCBWI. Hi, neighbor. I'm in Indiana! Oh, a SCBWI member, that is relevant. (I've been too cheap to join.) Maybe cut the rest because it doesn't relate to writing. Some agents like a little background and some don't. So hard to judge. 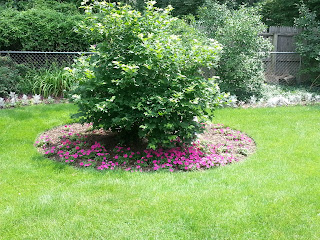 Interesting plot and a nice sum up. There are a few things I'm not getting from this query. Why are the aliens there? What are they getting out of it besides a chance to live on fabulous earth? Did their own world blow up like Krypton  That should go in the first sentence I believe.

And what happens to the donated humans? Are they technically dead?

Does 'cure cancer' mean by inhabiting the sick person? Is so, I'm not so sure this is an advantage for the humans. Make it clearer whether the aliens inhabit sick people or just depressed people.
Posted by Michelle 4 Laughs at 2:22 PM