A big welcome to one of our Query Kombat mentors. MarcyKate coached the Grand Champion, Jungle Vendetta to victory. We had to share her words of wisdom with you. 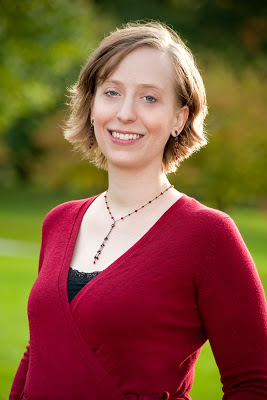 What did you think when asked to take part in a query contest as a mentor?

It sounded fun! I entered a metric crap-ton (yes, that’s the technical term)  of contests when I was querying, so I liked having an opportunity to help other writers still in the trenches.

And did the Query Kombat mentor process go smoothly? I believe you had two MG entries. What did you love about your entries and how did you make them better?

It went very smoothly. I had two AWESOME mentees who did a fabulous job polishing up their queries and first pages. I loved that they both had such voice (which is really, really hard to do!), and their willingness to take critique (not everyone does this well either, unfortunately). Also, they both had such unique concepts!
The first thing I did was ask them to send me their query and the first 5 pages of their manuscript. Even though the judging was only on the first page, I wanted to get a fuller sense of the opening. Beginnings are hard, and sometimes the right starting point isn’t until later on. Luckily both mentees had found a starting place that did feel right to me.

Most of my feedback was centered around the query – they’re the hardest to master and it’s hard to be objective about one’s own. I pointed out some areas that were confusing to me or where I thought we needed more information, as well as some suggestions for moving certain hooky bits further up to the beginning. I think they both did stellar work with them, and I’m just delighted to see the judges agreed with me on Jungle Vendetta J

Did you enter contests when you were back in the query stage? And how did you eventually snag such a fantastic agent?

Oh yes, I may have earned the nickname “Contest Queen” among my inner circle… I love pitch contests, I think they’re a fantastic way of getting your work out there and even if it doesn’t win the contest, it still gets exposure and can lead to other opportunities. For instance, I had a few agents who remembered my pitch from a contest and tracked down my website to ask for pages or to query them with my next book (and they weren’t even schmagents!). Putting yourself out there is an important part of the process, so you may as well get working on that now. Also these contests put you in touch with the online writing community, which is INVALUABLE.

However, despite my deep and abiding love of contests, I got my agent the old fashioned way – the slush pile.

Did you do a cartwheel or run around the house like crazy when you got your agent offer? Same with your publisher? We want to experience it through you!

I think I was mostly in shock when I got my first agent offer (almost a year ago!). It was very surreal to have an agent actually want to talk to me after querying three other manuscripts and getting hundreds of NOs over the course of several years. There was a lot of re-reading of emails, squeeing, and trying to convince myself that yes this was really happening. And then Suzie offered (after reading my manuscript in 24 hours – she’s a speed demon!), and another agent offered too, making three total. When you’re querying this sounds ridiculously glamorous, but in reality it’s very stressful! (Obviously, also awesome). Especially when they’re all great agents who love your book. But really, I couldn’t imagine *not* signing with Suzie, so I did. Best. Decision. Ever. J

The first publishing offer was a little different. Suzie sent the manuscript to a bunch of editors on a Thursday afternoon and by Monday we already had interest from two. I was determined not to get my hopes up too high because interest doesn’t always translate to a book deal – it means the editor loves it, but now they need to convince a room full of people to love it too. I figured it would be a long haul, so while I was thrilled, I tried not to panic about it too much.

Then that Friday came along and it was the worst day ever. I had the first non-raving performance review of my life, despite working crazy hours on a regular basis, and spent much of the day crying and panicking in the bathroom afraid I was going to get fired (spoiler: I didn’t).  At some point, I tweeted something along the lines of Dear Universe: if you have anything good coming my way, there’s no better time than now. And wouldn’t you know? Less than hour later I got call from Suzie – she’d seen my tweet and had just received some news that she thought might cheer me up: HarperCollins wanted to buy my book! (spoiler:  IT SO DID CHEER ME UP).  Needless to say, this catapulted me to the opposite side of the emotional spectrum, and there were many more tears shed that afternoon, but of the joyful variety.  In short, I was a bit of a wreck that day! (Moral of the story: sometimes, the Universe answers. Also, ice cream sundaes for dinner make everything a little brighter J)

I know you have an MG yourself, Monstrous, that will be published next year. Tell us a little about it and share if you have a release date yet.

MONSTROUS is an upper MG fantasy that’s Frankenstein meets the Brothers Grimm told from the viewpoint of the monster as a teenage girl. There’s a slightly longer description on Goodreads if you like. I don’t have an exact date yet, but it is currently scheduled for Winter 2015.

What is an important difference between the YA voice and MG voice?

Ah geez, you had to ask this didn’t you? Honestly, it’s a I-know-it-when-I-see-it thing, especially since there’s a whole range of voice types for both YA and MG.

Generally speaking though, I think MG tends to be more internally focused on the main character, who they’re becoming and their place in their particular sphere, whereas YA tends to encompass those things but also with an eye to how the main character fits into the society/world at large. But as with all generalizations, there’s plenty of exceptions J

We’d love to have you back as a mentor next time. Are you up for it?

YES, absolutely! It was fun!

Bio: MarcyKate Connolly is an author and arts administrator who lives in New England with her husband and pugs and writes weird little books. She’s also a coffee addict, voracious reader, and recurring commuter. She blogs about all those things and more at MarcyKate.com, and can often be found on Twitter. Her work is represented by Suzie Townsend of New Leaf Literary & Media, and her debut upper MG fantasy novel, MONSTROUS, will be published by HarperCollins Children’s Books in Winter 2015.

And remember the SWEET 16 starts July 8th. The top sixteen Query Kombat finalists will go before agents and hopefully get tons of requests!
Posted by Michelle 4 Laughs at 7:54 PM