Getting the Call with Natasha Neagle

Some of the happiest posts I put on this blog are sharing writers' Getting the Call stories. Joy! Because today I can bring you the Call story of a lady who is always helpful and entertaining. We helped host Pitch Slam together and not long after, she was sharing her own happy news. A big congrats to Natasha Neagle! 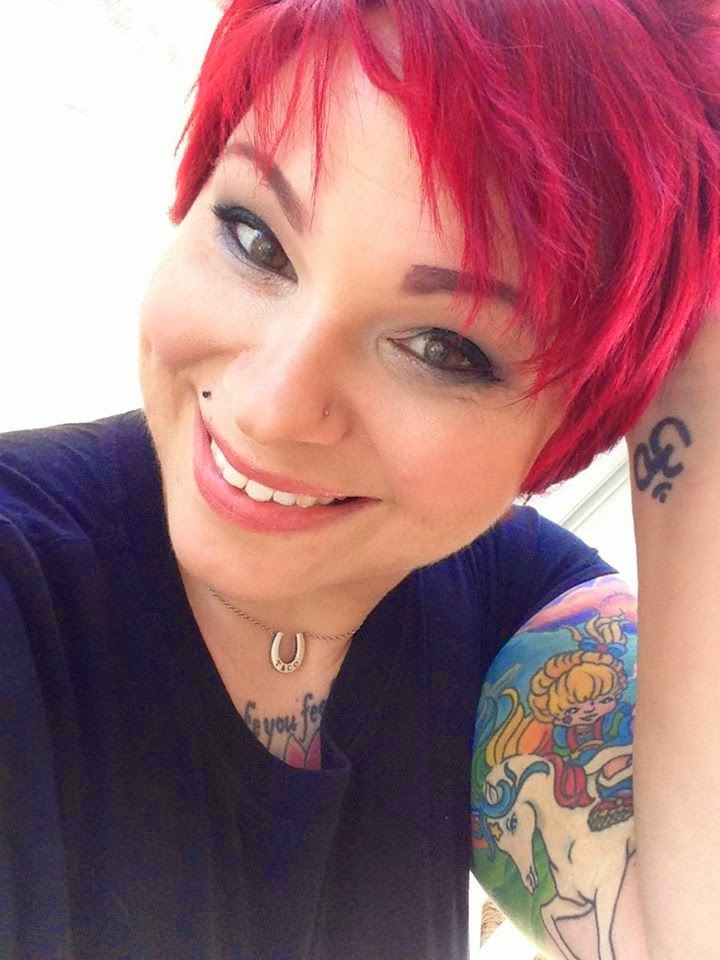 Michelle, thank you for the opportunity to share my story with your readers. Spoiler alert: Kermit flailing is involved.

In February of this year, I began drafting my second novel. I needed something to do while my first novel, a YA Fantasy—in it’s third rewrite—sat in the TBR pile of a handful of agents. I shifted gears and decided to try my hand at a thriller. I found that while writing my fantasy, the scenes that came the easiest were the ones packed with action. I knew from the start I wanted the novel to be loaded with diversity. My main character is bisexual, but this is anything but a coming out book. There are enough of them out there. I also wanted to have a character in a wheelchair because they are lacking from the bookshelves as well. He became one of my favorite characters to write.

By the beginning of April, my thriller was finished—the fastest I’d ever completed a manuscript, and in the hands of my beloved CPs and Beta team members. Edits were swift, the feedback was positive, and my query was polished. With the help of Twitter and random conversation, I found agents interested in my manuscript before I finished editing. I’d also had an agent pass on my previous fantasy manuscript because she said it would be a hard sell right now, but wanted to see the next thing I wrote. While this made me excited to query, I was still terrified. Eventually, I worked up the courage to hit send.

On and off for the next two weeks, I received emails from interested agents. Unfortunately, I also received rejections. Trying not to obsess over my inbox, I decided to busy myself by plotting a new shiny thriller that wouldn’t leave me alone (yay for persistent plot bunnies). I was excited to start working on my new shiny idea when I received an email. I’d given Andrea Somberg at Harvey Klinger, Inc the full manuscript around dinner time and thanks to my son (AKA Evil Genius) sleepwalking into my bedroom at 1am, I did what most people with queries out do: I checked my email.

And boy did I have an email. It was THE email.

Andrea said she was in love with my manuscript. She told me she couldn’t put it down. She wanted to talk ASAP. I pinched myself because I had to be dreaming. I checked the timestamp because I’d checked my email before I went to bed. OMG, she had just sent it. It was 1am. Insert Kermit flailing at full force and a squee that woke my cats, but not my husband.

I responded immediately. Do you have any idea how hard it is to type and flail like a drunk muppet? Yeah, not easy! We set up a time to talk during daylight hours, since I already had a call set up with another agent for later that day. As if talking to one agent wasn’t nerve-wracking enough, I planned to talk to two.

You read about how to react when you talk to an agent on the phone, and how nervous you’ll probably be, but as strange as it sounds, I wasn’t. As soon as I heard the excitement in Andrea’s voice, my nerves subsided. We talked about my manuscript like it was a show on TV, and we were two friends catching up. Her enthusiasm for my characters and the novel left me speechless. I might have said once or twice that I loved her for saying those things. Her vision of where she wanted to take the manuscript in terms of publishing and her response to all the plot twists I had in store gave me that warm and fuzzy feeling–she was the one.

Everyone should have an agent that fangirl’s over their writing. I never thought I’d find one to do that for me, but I did. With my fantasy novel, I almost gave up on writing. Instead, I turned it into a learning experience. Now, that I’ve found my person, I’m going to be a Pitch Wars mentor, hoping to help someone find their agent.

Natasha Neagle writes diverse YA thrillers about characters with more guts than her. She considers herself a diehard fictional character shipper and has way too much fun shopping for makeup and shoes. She is a firm believer that the best way to hear music is live, and can always be found on Twitter, especially if Game of Thrones or The Walking Dead is on. Natasha lives in Northern Virginia with her superhero husband, two crazy-smart kids, and their demon-possessed cats.