Getting the Call with Max Wirestone

I think Query Kombat 2014 was the most successful contest Mike, SC and I ever ran. Eight or nine--I've honestly lost count--entries with agents after this contest! Here's a story from one of our NA entries! I'm sure you remember A COZY FOR GEEKS! (See the agent round entry here.) And I'm feeling you on the awkward phone calls, Max. I hate talking on the phone. 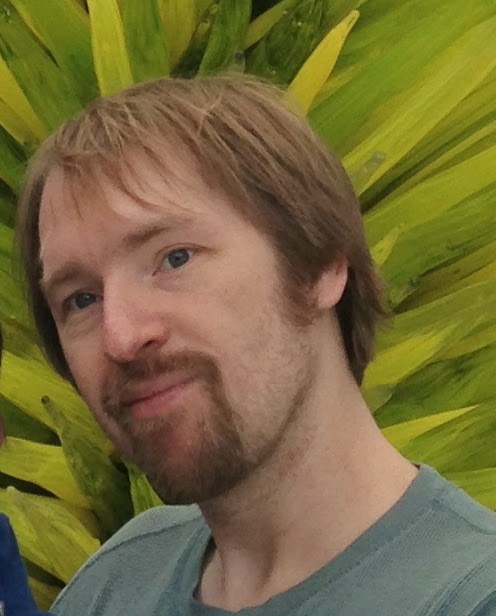 There's a certain "there and back again" quality to my story.

A COZY FOR GEEKS was my first attempt at novel writing, but I had flirted with success at screenwriting somewhat in my twenties.  That experience-- which involved terrifying conversations with agents that led me nowhere-- had ultimately left me limping away from the writing world, a trail of blood and ego behind me.  It was ugly-- although in retrospect, most of my wounds were imaginary.  My confession:  I was afraid of being a Failed Writer-- to the point that was I willing to give it up.   I put it all behind me and instead focused on good, solid life goals:  Husband, Librarianship, Kids, Xbox Achievements.

Time passed, and through the magic of aging (and probably parenthood,) I found that I suddenly didn't care if anyone else regarded me as a Failed Writer.  The thirty-something version of me, paunchier, and with considerably less hair, suddenly regarded the twenty-something version of me as some sort of self-involved thick-haired doofus.  And so I started writing again.

I did it completely alone, in secret.  No writing groups.  No community.   When I started submitting, in April, I was sending to ONE AGENT AT A TIME.  I was working through WRITER'S MARKET alphabetically.

I eventually started following agents on twitter, and I heard about Query Kombat at the last minute.  What the hey, right?  I figured I'd lose in the first round (and Carol Ayer's DEAD PRINCESSES DON'T KISS was stiff competition), but I soldiered through.   I eventually made it all the way to the quarter finals, where I was slain by the fabulous Betsy Aldredge.

Then the requests started.

I got three requests from the contest itself.  But after the feedback from the first round, I had applied changes to my query.  Hot changes!  Awesome changes!  And I wanted to test them out.  So I started querying wider.  Suddenly, I was rolling in requests.

Next came a "let's chat about your book" email just a few weeks after the competition.  Can I just take a second to say that I found all of these conversations a little weird?  More power to you if you instantly connected with your agent, but I was like a nervous first-date.  I was awkward and bumbling, and that twenty-something version of me who had been rejected by film agents was listening in on my conversation and whispering things like, "run, you fool!  It's a TRAP!"

Despite my ramblings-- I ineptly described my next project as a "comedy about the death of libraries"-- I still got an offer of rep.  I told the agent thank you and that I would get back in a week.  I then DM'd incoherent messages to amazing QK Judges Glen Coco and Omar Comin (N.K. Traver and Tatum Flynn), the content of which was basically: ZOMG!111!!!!1!1!  Only longer.  I may have initially gone over the 140 character limit.  Also there was drinking.

I ultimately got four offers of representation (with a fifth 'let's talk' that came too late,) and so I got to repeat my awkward conversation three more times.  I eventually started prefacing the talk with an admission that I was weird at this.  Not in real-life, just this.  The agents seemed to understand.   Although, by conversation number four, I wasn't awkward at all.  Talking with agents, like querying and synopsis-writing and everything else along this voyage is just another task that practice makes you good at.

Anyway, the agents were all awesome.  I described them to my husband in byte-sized terms.  Book blogger, enthusiastic new guy, geek enthusiast, editor-turned-agent.  I DMd Tatum Flynn relentlessly, as well as writer friends I had made along the way.  People said things like, "go with your gut," and "trust your heart," which sound good, except that my gut did not have a lot of insight.  Mostly it was hungry.

Then came the awful bit:  I had to pick one of them.  If you've ever had the fantasy that at the end of all this rejection you might get the joy of turning down an agent for a change, I'm hear to tell you:  it's awful!   I liked all four agents.  I would have been thrilled to be represented by any of them.  Of all the things I'd been forced to write on this process, the rejection letters to agents were the most painful.  It's like writing a Dear John letter, only worse.  Blech.  Just blech.

In the end, I settled with Caitlin Blasdell of Liza Dawson Associates.  Caitlin represented lots of books I have in my own library, had a Hugo winner under her belt, and had given me scads of intriguing and detailed notes about my project.  She also seemed supportive of a double-genre approach, with the sensible proviso that I write quickly.    Now that I've been with her for a few weeks, and have made the first round of changes to my manuscript, I can't imagine having done anything else.

So that's my story.  Shaggy, but true.  And for you twenty-somethings, if things don't work out now, there's always hope a few years down the road.  Worked for me.

You can find Max on Twitter at @maxcrowe.
Posted by Michelle 4 Laughs at 7:00 AM