Getting the Call with Melissa Albert

It seems to be the summer of Call posts! These never get old. So glad to welcome Melissa to the blog. Congrats, Melissa, happy to have you here to share your story. 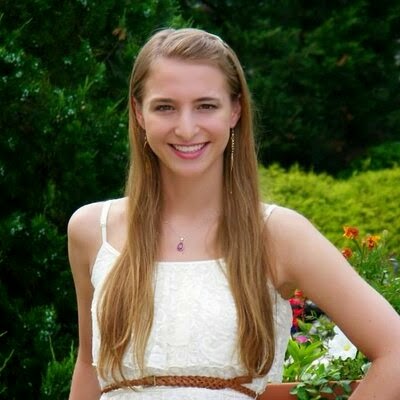 Thanks so much for having me, Michelle! I’ve been reading your Getting the Call posts for the longest time and always hoped that someday I could share my story here.

When I began writing my first novel, I was fourteen. I finished two years later, went through one revision, and began sending out queries left and right. In my mind, this book was ready for the world to see. It wasn’t. It actually embarrasses me to look back at some of the original drafts I was sending out to agents.

Still, I continued querying and received rejection after rejection. In the end, after almost two years of on and off querying, I got three full requests for that novel, but none of them ever panned out.
It was discouraging at times, especially when my sixteen year old self had been sure I’d written a best seller. I was even convinced there would be a movie deal coming down the pike, and I’d play the main character, Emma. Oh, please.

During the two years I spent querying, however, I’d gone on to finish two more books. This time around, I spent a lot of time honing my query letters and revising my manuscript. I revised and revised and revised until all I was doing was taking out commas and then putting them right back in. As scary as it was after my previous attempt, I knew it was time for me to start querying again.

I chose to query JUST BREATHE which was my YA contemporary novel. I sent out one query to begin with and woke up the next morning to a full request. I couldn’t believe it. I sent the full off and then quickly began querying other agents, hoping to get some more requests. And I did.

Two weeks after the first request, with a few rejection letters under my belt, I woke up at 9 am and decided to send out a query to an agent I really liked. Then, I was tired so I tried to go back to sleep. (Don’t judge me, it’s my summer break!) I couldn’t. I checked my phone, and there was an email notification on the front screen. Less than ten minutes after I’d sent the query out, the agent had enthusiastically requested my full. I couldn’t believe it.

The next day, I got three more full requests. After two years of rotten luck, it seemed like things were finally working out for me.

15 days later I woke up to a voicemail. It was from the agent that requested the full within ten minutes. They loved my manuscript. They wanted to talk. I shot up from bed, heart racing, and ran around my house trying to find my mom. I came skidding into the laundry room where she was sitting and said “I got The Call. Or technically, The Voicemail.” She squealed. I squealed. It was a very happy day.

Finally, after celebrating, freaking out, and researching whatever the hell I should know for speaking to an agent, I called back. We talked, and the agent was as great as I had thought. When we got off the phone, I emailed the other agents, letting them know I had an offer of representation. Three of them said they would put it first on their list and read it that week. One politely stepped aside. Two of the three that still had the full politely passed after a few days.

The weekend after I’d received the offer of representation, I went camping with my brother and his friends. I was really nervous because reception was spotty, and I knew I should be hearing from that last agent soon. I methodically checked my phone every second. Then, on Saturday afternoon, I put my phone in my pocket for ten minutes while our group tried to take a picture on top of a very big rock. When it was done, I checked my phone and there was The Email. The agent was in love with my manuscript and wanted to schedule a time to talk. We spoke the Monday I got home from the trip. The agent was wonderful.

I didn’t know what to do. I had never imagined being in a situation where I’d have to choose between two agents. I’m also an extremely empathetic person, so I couldn’t imagine turning one of them down.

In the end, I knew my heart was set on Uwe Stender, the agent that had given me the first offer of representation. I sent him an email and he was ecstatic. I had the contract signed and mailed within a few hours of receiving it. I know I couldn’t have made a better choice!

Melissa Albert is a YA writer who is repped by Uwe Stender of TriadaUS. She majors in Industrial and Organizational Psychology at The College of New Jersey where she is going into her sophomore year. Lover of all YA fiction, she has three completed manuscripts and four WIPs. When she’s not writing, she’s singing, acting, dancing, and day dreaming about her days of playing travel soccer and doing competitive gymnastics. You can bribe her with anything chocolate or cat related.


Email: melissaalbert95@gmail.com
Posted by Michelle 4 Laughs at 8:00 AM