Vague Plot and/or Stakes in Query 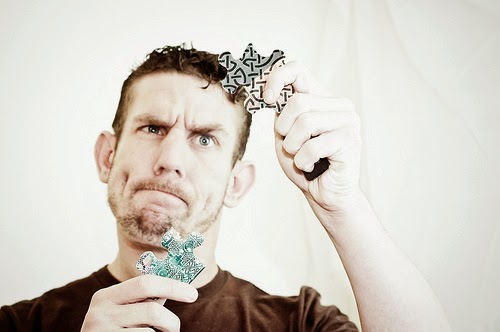 As soon the feedback letters will start going out, I wanted to expand on some of the issues I saw in Pitchwars on a larger scale. Give a little more reasoning behind my decisions. I want to first remind everyone that this is my opinion only and is totally subjective to how I made choices for Pitchwars. I had over seventy entries and could only take one and a half. I was forced by circumstances to look for reasons to say no.

By far the most numerous tag I put on entries was vague stakes and plot in the query letter. And I saw quite a bit of talk about this subject on twitter also. What is vague stakes? Why does it hurt your chances? Let’s see if I can fumble my way to an explanation. (I’ll use my own query letters as examples.)

To me the term vague stakes or plot means putting cliché terms in place of specific details about the story. Cliché terms like dangerous situation, family secret, dark troubles, deadly danger and so on. That tells me something is happening, but really leaves me groping for what.  It was like having parts of a puzzle, but being left to fill them in myself.

For example—pulled off the top of my head: John must find the dark secret or face everlasting doom.  That leaves me going, ‘What secret? What doom?’ It tells me little about what John must actually do or face. Not enough of the puzzle has been filled in.

Now I’ll use my query letter for Kindar’s Cure and take out the details.

Princess Kindar of Anost dreams of playing the hero and succeeding to her mother’s throne. But dreams are for fools. Reality involves two healthy sisters and her own sickness. When her elder sister is murdered, Kindar is in a deadly situation.

But she’s tough.  A novice wizard, Maladonis Bin, approaches with a vision that could help her. As choices go, a charming bootlicker that trips over his own feet isn’t the best option, but beggars can’t be choosers. Kindar escapes with Mal and several longtime attendants only to have her eyes opened that her country faces dark times.

As Mal urges her toward his visions, suddenly, an ally turns traitor, delivering Kindar to a rebel army. With danger getting closer, she must escape the army and move forward with Mal or let her country down.

Here you can sort of see what’s happening, but it’s all very vague. What visions? What dark times? The stakes involve a vague danger and letting her country down. Letting it down how? I think you can see that, without details, this query gives just the barest idea of the story. It's too much like a puzzle with missing pieces.

Now here is the same query with the details back in it:

Princess Kindar of Anost dreams of playing the hero and succeeding to her mother’s throne. (character motivation) But dreams are for fools. Reality involves two healthy sisters and a wasting disease of suffocating cough that’s killing her by inches. (what’s stopping her.) When her elder sister is murdered, the blame falls on Kindar, putting her head on the chopping block. (more what’s stopping her.)

Her mother’s decision to close the prosperous mines spurs poverty and joblessness, inciting rebellion and opening Anost to foreign invasion. As Mal urges her toward a cure that will prove his visions, suddenly, an ally turns traitor, delivering Kindar to a rebel army, who have their own plans for a sickly princess. (setup and specific details of plot)

With the killer poised to strike again, the rebels bearing down, and the country falling apart, she must weigh her personal hunt for a cure against saving her people. (the choice she faces.)

Not perfect, but you’ll notice the query doesn’t tell the ending. Instead it leaves us with the CHOICE the main character must make.

What the main character does about the stakes is the ending. The CHOICE the main character makes, the DIRECTION he/she goes--that is ending! You want to leave the reader with a clear vision of what sort of choice is forced upon your character. What bad thing will happen if she/he gets it wrong? What good result can come if it's done right?

By leaving the stakes or plot vague, you take away what is unique about your story. It makes it much harder to entice a reader into wanting to know more.

So many times I hear, but I don't want to spoil the surprise twist inside the story by giving it away in the query. But if the query doesn't entice, will the agent ever read the story?

Another example from my own queries. In my YA dystopian there is a pretty big surprise. The main character is a rabbit. You'd think I'd want to save that. But I didn't. It was the unique thing about my story. Here is that query:

Seventeen-year-old Little Bit hates the magic anklet fastened on her by so-called friend, Garrett. It keeps her on the farm—keeps her from knowing why cows outnumber humans. Nothing gets out. Not even birds can flee Garrett’s enchanted prison.(all what's stopping her.) With no idea of the outside world, Little Bit wants freedom from the chains trapping her and to understand her past. (her motivation) Unfortunately, Garrett is about as forthcoming as the inanimate gold around her ankle. (what's stopping her.)

Confused by her feelings of exasperation and affection for Garrett, Little Bit escapes into a world corrupted by dark magic and scorched by the sun. Twelve years ago, a supernova devastated the Earth, making the sun lethal and awakening long dormant magic. Traveling by night, she seeks answers about herself, but finds mutated beetles and mega-sized possums. Worse, a nursery rhyming cannibal skulks in the shadows as she follows rumors to a human colony in New Chicago.

But she’s learned only half the story—she’s not human. A lonely Garrett transformed his pet rabbit into a girl. Now only the renewal of Garrett’s spell keeps her on two legs instead of four. (plot setup)  She’ll have to accept Garrett’s chains or lose her humanity forever, unless the sun’s deadly rays awakens magic within her. (choices- accept Garrett controlling her, be a rabbit, or find another way.)

My opinion is that it is better to give away more about the story in hopes of enticing. Generic stakes and plot do not keep people reading. Specific details help your query rather than hurt it.

I'm not saying it's easy. Deciding what specific details to add is very difficult. You don't want to sound like a synopsis, which means you walk a fine line. To me, however, it's worth it.

Having specific plot details and stakes does three things. 1. helps to avoid confusion and feeling like pieces of the story are missing. 2. showcases what is unique about your story. 3. lets readers get a deeper insight into the choice the main character must make and a stronger sense of character personality.

In my Pitchwars search, I always read both the query and the first chapter. The query is obviously not a deal breaker. Very strong first pages can make the difference. But that may not always be the case. Some  agents don't read samples if they don't like the query. You want your query to be as strong as possible.

So how about it? Do you agree or disagree? Feel free to tell me your thoughts in the comments.