Getting the Call with Emily Moore

I was drawn to the unhurried voice and literary tone of Emily Moore's middle grade manuscript. Long before I knew it was based on Tom Sawyer, I knew I had to include it among my picks for my New Agent contest. I'm so glad it found a home with a great new agent! 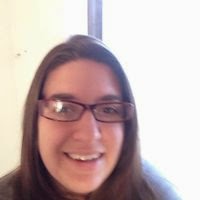 Thanks for having me on here Michelle! I’ve read so many of these posts and am excited to finally share my story!

The call… that moment every author aspiring for traditional publishing yearns for. I’ve read many blog posts, Facebook comments in writers groups, and even tweets about all the fantasies writers have about their call and how it will go.

I strangely didn’t have any specific thoughts about it. I curb disappointment by taking each step of the process as it comes. So when Jessica emailed me on a Thursday gushing about my novel and asking when a good time to talk would be, I was shell shocked. Was this really happening? Had I read that right? I read it a few more times just to make sure I didn’t misunderstand her. Nope. After a few more email exchanges, we arranged to talk the following Wednesday, and I wondered what in the world I would do to keep myself occupied until then. I sent out nudge emails to five agents I’d recently sent the same novel to and received a request for a full and about ten days to read through it. Then I re-researched Jessica and messaged a few of the authors she’d worked with as an editor in the past. I had reservations about how new she was to the agent side of things, but I was drawn to her bubbly personality and how much the authors that worked with her endorsed her. I researched questions I should ask a potential agent and made a two page list, hoping she wouldn’t think I was interrogating her. I also reached out to a couple author mentors, you included Michelle, and asked for opinions and suggestions.

Wednesday finally came. A babysitter had my daughters occupied upstairs and I was lounging back on a pile of pillows on my bed staring at my phone. My stomach was doing flip flops, and it somersaulted when Jessica’s number jingled across the screen. As soon as she said hello, I settled into easy conversation with her.

We hit it off like old friends, getting to know each other in a relaxed but professional manner. She reiterated how much she loved the country feel but modern take on Tom Sawyer. She loved my descriptions and the voice of my novel, and gave me a few page numbers. (I looked them up after the call and was so happy to see some of her favorites were some of mine too!) She answered all my questions with the answers I hoped she would, and even when I threw her a curve ball question, she didn’t falter or seem overly flustered. When we discussed publishers she thought were a good fit, I was ecstatic to hear Scholastic and Harpercollins as the front runners. Our vision for my novel to be something a teacher could hand to a student with confidence and give them some of the same lessons as Tom Sawyer but without the drag down of historical terms and out-of-date slang had me super excited to work with her. She also asked about my other projects and encouraged me to get the rough draft done on a series she couldn’t wait to read and sell.

Even though the call went great, I asked for a week to decide and she was gracious enough to wait. It was an agonizing week of indecision. The other agent that had Dom was from a major agency, and I’d be dumb not to accept them if they offered right? Was I selling out if I did that? But I’d really connected with Jessica. I prayed a lot and felt a pull toward her. I’d all but decided to choose Jessica when I got an encouraging and kind rejection from the other agent. I immediately felt relief and that’s how I knew Jessica was the agent I wanted to work with. I tweeted and then called her, but malfunctioning technology prevented a call until later in the evening. (One of her tweets said “Don’t make any decisions until I call you! I’d hate to lose you over this!”) Her excitement when I told her I’d like to work with her confirmed that I’d made the right decision.

E. G. Moore is a poet, freelance writer, and storyteller (the first of which her mom still has recorded on a cassette tape.)   She is a long distance member of For Pete’s Sake Writers Group in Washington, active in an email writer’s response group, and a Rocky Mountain Chapter SCBWI member. She’s also a contributor and blog assistant for YAtopia. Her essay WEARING TERESA’S BOOTS is scheduled to be featured in Hope Paige’s Anthology on loss in 2015. When she’s not telling “Mommy Made stories” to her two daughters or nagging her husband to edit her latest YA or MG manuscript, she can be found off-roading in her suped-up ATV, swimming, or in a long, plot-refreshing bubble bath. She tweets, posts on facebook, and blogs at: www.emilygmoorewriter.blogspot.com         @EGMooreWriter
Posted by Michelle 4 Laughs at 7:00 AM