I'm starting a new series of posts as we wait for Query Kombat time to arrive. They are called Help Out a Veteran, because all the authors will be veterans of one of my contests!

Missy Belote and her Women's Fiction INCONCEIVABLE was a pick on my Pitchslam team of October, 2014. See her entry here. Soon after it got picked up by Curiosity Quills.

When Ozarks native Hatty goes “whole hog” during karaoke, she catches the eye of Prince John. He isn’t what she expects the heir to a small European nation to be: he's affable, witty, and isn’t put off by her tell-it-like-it-is demeanor. Their flirtation should be a one-off, but a force stronger than fate—her newspaper editor—assigns her to cover the royals. She and John soon begin dating, and Hatty finds herself making headlines instead of writing them. 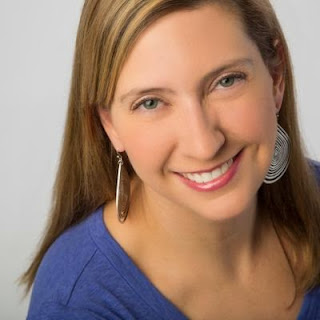 Missy Shelton Belote is ready to write regardless of where life takes her, whether it’s a hillside farm in Poland, a stationary bike at the local gym, or a Trans-Pacific flight. She primarily writes romance, women’s fiction, poetry, and the occasional short story using as inspiration the places she’s visited, the people she’s met, and the cultures she’s encountered. Her travel adventures took her overseas to adopt her three children–one each from Vietnam, Ethiopia, and China. Missy and her husband, Brad, joyfully chose adoption after experiencing the heartache of infertility.

As a fiction writer, Missy loves the freedom that comes with creating characters and weaving together their narratives. Food ends up playing a role in many of Missy’s stories. With an eclectic taste that ranges from ostrich steak to Pirate’s Booty, Missy is a foodie extraordinaire. She enjoys a local greasy spoon or roadside restaurant in Thailand as much as fine restaurants in Europe.

Missy is delighted to have her debut novel, INCONCEIVABLE, included in the starting line-up for Curiosity Thrills, the new romance imprint from Curiosity Quills Press. @Missyin10ec| Blog