Time for our HUGE lineup of awesome judges for the Query Kombat tournament this year. Many of them were contestants in last year's contest. We believe they offer the most diverse group of opinions, talents, and specialties from all genres.

That being said, Query Kombat would not be possible without the wonderful people who donate their time to help others. In this month-long contest, we have managed to gather thirty-four industry professionals to judge and critique entries. Each and every one of these judges are participating out of the kindness of their hearts, so please join the QK Crew in thanking them for volunteering.

Today, so that the judges and you all can celebrate a little bit more, we're having a Twitter party under the hashtag #QKJudges. Judges, entrants, we hosts, other writers, etc. will be chatting it up at that hashtag, so join in and be sure to thank the judges!!!


We have so many judges that we've decided to break down the post into thirds. There will a different lists of judges at all the hosts blogs. Go here to see them all: SC, Mike, and Michelle. And go here to see all the rules.

Now, without further ado, we'd like to introduce one set of judges for Query Kombat 2015. 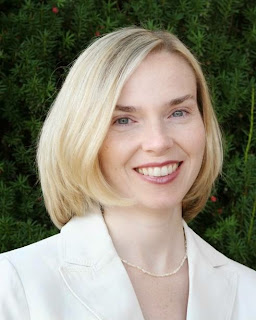 I live in Virginia with my family, our stinky beagle, and our elderly guinea pig. I'm an attorney now, but I've been a Civil War reenactor, an ice cream scooper, a telemarketer, and a U.S. Senate intern. I'm a veteran of both Query Kombat and PitchWars, both in 2014, and will tell anyone who asks that contests are absolutely worth it because that's how you meet your critique partners. I write women's fiction and romance, mostly during my kids’ soccer practices and various lessons.  My fantastic agent is Sarah E. Younger at the Nancy Yost Literary Agency in New York. My website is www.kristinbwright.com. And on twitter @kbuttonw.

Kathleen has been writing since she could hold a pen. She published her first book of poetry at the age of eight—okay it was a bunch of notebook paper tied together with a red ribbon and had an orange construction paper book jacket, but that counts, right? Her first poem published in a more traditional way was in a cat magazine (of course) at the age of fifteen. Since then she has published novels, short stories, flash fiction, poetry and self-published novellas and novels.

She has published two murder mysteries If It’s Monday, It Must be Murder and If It’s Tuesday, It Must be Trouble, along with a YA contemporary, How To Be Almost Famous in Ten Days with Gypsy Shadow Publishing and two YA fantasy novels, Lore of Fei and War of Fei with Muse It Up Publishing. She has a Master’s in Children’s Literature with an emphasis in creative writing for YA. She is a literary assistant to the Seymour Agency. 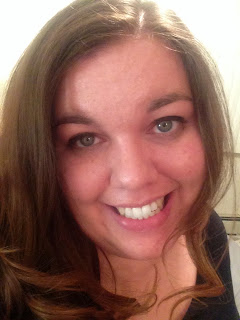 Rena Olsen
Daughter of a wandering pastor, Rena Olsen never knew the answer to the question, “Where are you from?” While attending her third school by fourth grade, she found familiarity and comfort in reading, and when she figured out she could create her own stories, that was it. She hasn’t stopped writing since her first story, about an anthropomorphic tooth going on an adventure through a school, won the state of Iowa contest for her age group.

Now Rena is a writer of YA and adult fiction who believes in healthy amounts of pizza and sarcasm. When she’s not saving the lives of children as a school therapist, she’s exploring alternate realities on the page, filling the cheering section for friends, and pretending to be an adult. Rena is represented by Sharon Pelletier of Dystel & Goderich Literary Management. Her debut novel, THE GIRL BEFORE, will be released by Putnam in 2016. 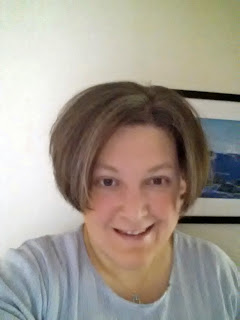 Kim Long is an attorney in the Chicagoland area, where she spends her days expressing her clients’ (always true) stories to judges and juries. She writes MG and YA contemporary fantasy that contain a sprinkle of science and is represented by Sara Crowe at Harvey Klinger. When not managing her fantasy baseball and football teams, she can be found biking, watching Star Wars for the zillionth time, or teaching her nieces about the importance of choosing the correct racer (Toad) and vehicle (standard bike) to obtain success in Mario Kart. 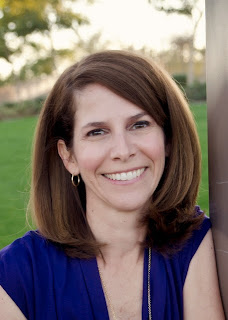 A devotee of reading and writing from a very young age, Amy Trueblood grew up surrounded by books. After stints working in entertainment and advertising, she began writing her first manuscript and has never looked back. Her work is part of The Fall and Summer's Edge short story collections. Her recent short story, "A Seat For Every Soul" appears in Pen & Muses' Dark Carnival collection. She is represented by Roseanne Wells of the Jennifer De Chiara Literary Agency. To learn more about Amy, check out her blog or follow her on Twitter or Tumblr.
Blog link: www.chasingthecrazies.wordpress.com
Twitter: https://twitter.com/atrueblood5
Tumblr: https://www.tumblr.com/blog/atruebloodwrites 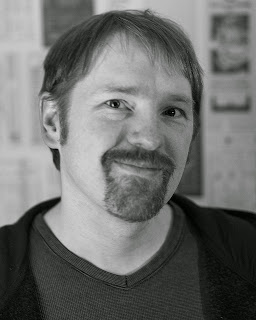 Max Wirestone
Max Wirestone is a librarian in a small New Hampshire town.  His first book, the geek-themed mystery THE UNFORTUNATE DECISIONS OF DAHLIA MOSS will be published in hardcover  (and audio) in October.  He is a currently at work on his second Dahlia book, a fantasy inspired by IT'S A MAD MAD MAD MAD WORLD, a "parenting noir" novella, and a machine that will somehow create more hours in his day. 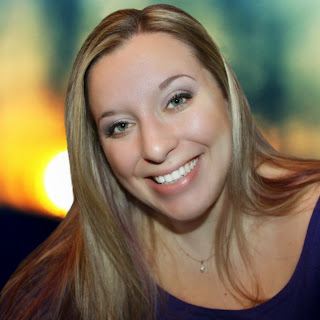 Jamie Howard
Jamie Howard is a writer, legal and compliance specialist for a worldwide brokerage firm, and holds a Bachelor’s degree in Art. When she’s not tapping away at the keyboard or capturing the world through her trusty Canon, you can find her binge-watching TV shows, devouring books, and perfecting her gaming skills. She lives with her husband, son, and three dogs in New Jersey, and is almost always awake early enough to see the sun rise, even on the weekends. Jamie is represented by Jessica Watterson of the Sandra Dijkstra Literary Agency, and her debut novel is forthcoming from St. Martin’s Press in Fall of 2015.
Twitter: @JRHoward9
Website: https://jamiehowardauthor.wordpress.com/ 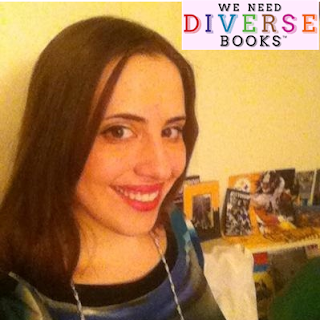 Carrie Ann is a grad student in Southwestern PA. Her top interests include creative writing, social media marketing, music and trying to entertain her fickle cat. She writes YA contemporary but enjoys almost any genre. Additionally, she's the long-suffering diary-translator of the twitter account @BroodingYaHero.  She's repped by Melissa Edwards of the Aaron ​M. Priest Literary Agency.
Links:
www.creativelycarrie.com
@Writer_carrie and @broodingYAhero 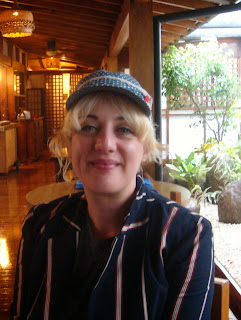 Tatum Flynn
Tatum Flynn lives by the sea in England with a cat called Friday and too many hats. She has a soft spot for the word ‘ramshackle’, and a vagabond past which involves piloting lifeboats in Venezuela, playing poker in Las Vegas, shooting rapids in the Grand Canyon and almost falling out of a plane over Scotland. Her debut, THE D’EVIL DIARIES, is out now from Orchard/Hachette, with a sequel, Hell's Belles, to follow January 2016. Find her on Tumblr (sometimes) and Twitter (far too often). 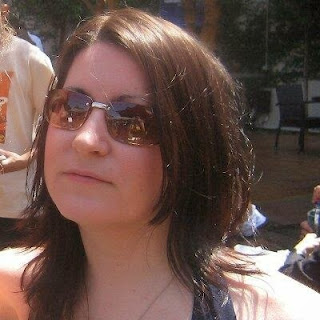 Mary Ann Marlowe
Mary Ann Marlowe is a central Virginia-based contemporary romance writer. She's a contest veteran, having entered nearly every contest available in 2014, including Query Kombat. When not writing, Mary Ann loves to do karate with her kids and read her friends' unpublished novels in Word docs. Theoretically, she loves to travel, but until she finds a patron to fund her trip around the world, she placates her wanderlust by letting her characters hop on a plane and hang out in Paris. She's represented by Rachel Stout at Dystel & Goderich. 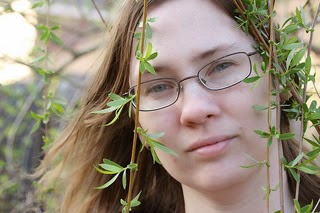 As a child, JC Davis spent her days inventing secret worlds and finding forgotten places. Busy reading her way through the local library, she never imagined writing books of her own until one day, all grown up, she fell in love with a children's book and decided to rediscover a few of those secret worlds she'd invented.

Ms. Davis's first book is locked in a drawer guarded by attack trolls. Her second, however, turned out much better and after a long time in the query trenches finally found an agent. Ms. Davis is represented by the fabulously amazing Mandy Hubbard, with the D4EO agency, who occasionally sends her animated gif filled emails.

A programmer by day, Ms. Davis lives in Dallas, Texas, with her husband, two kids and a pair of hedgehogs with nerdy names. Ms. Davis is an amateur photographer, creates lots of crafty things and is an unrepentant book addict. 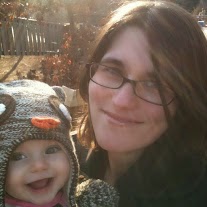 Tracy Townsend lives in Bolingbrook, Illinois and teaches English at the Illinois Mathematics and Science Academy.  She has studied at DePauw University, the National University of Ireland (Galway), and DePaul University, where she obtained degrees in English, Creative Writing, and Rhetoric.  She is a member of the Science Fiction Research Association and other academic organizations, which allows her to write very long things and read them aloud to people who are obliged to behave politely.  Her sf/f writing draws on her experience as a lapsed Catholic, an assistant martial arts instructor, a comic book fangirl (Make Mine Marvel!), a tabletop role-player, and an obsessive hound for obscure mythology.  Inexplicably, other uses for that resume have yet to present themselves.  She is represented by the strikingly elegant and classy Bridget Smith of Dunham Lit.

Tracy devotes time she doesn’t have to cooking, gardening, writing, and seriously pondering the treadmill in her basement.  She is married to her high school sweetheart, with whom she shares two remarkable children.  They are – naturally – named after characters from books.

You can find Tracy on Twitter (@TheStorymatic) more often than she really ought to be.

Give them all a big shout out on twitter and make the judges feel welcome under #QKJudges hashtag! Don't forget to follow them.