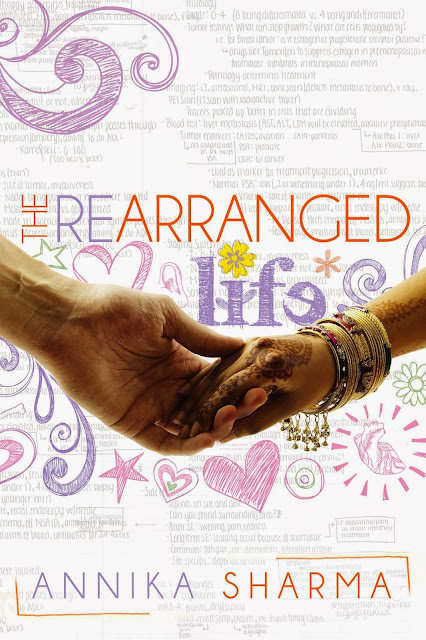 Nithya, a vivacious, intelligent and driven college senior has always known what she has wanted: a successful career in medicine and the love of her family. She’s even come to terms with the idea of an arranged marriage, a tradition her conservative Indian family has held up for thousands of years.

When a night of partying puts her on a collision course with danger, Nithya’s entire life changes.

Enter James St. Clair, the smart, challenging and heartbreakingly handsome American. As Nithya and James fall in love, she questions the future she and her parents have always planned.

Now, Nithya has a choice to make: become a doctor and a good Indian bride, or step away from her family and centuries of culture to forge her own path. The decision she comes to takes her on a journey that transforms how she sees her future, her relationships with loved ones, and how she learns to put herself back together when even her best-laid plans fall apart.

The Rearranged Life is about a Nithya, a driven college senior of Indian born parents. Nithya has her life all planned out: graduate college, get accepted to medical school, take the arranged marriage partner her parents pick out, and become a doctor. She’s focused exclusively on her schoolwork and has never had a boyfriend. While not wholly embracing her culture of arranged marriages, she accepts it.

Enter James St. Claire. James saves her from a dangerous situation at a party. He shares his homework with her when she forgets her own. In fact, he forges an instant connection with Nithya. Suddenly, her whole life plan trembles like a house of cards.

Go with the plans of the past and her parents’ wishes or venture into unknown territory?

If you’re looking for a book heavy on the romance with lots of passionate make out scenes, this is the wrong book. And I couldn’t have been happier about that. This is a thoughtful book with a reasoning main character who weighs her choices. It’s sweet, and beautiful, and oh so real. Nithya is a real life person, not a heroine who jumps into things and thinks only of boys. Nithya truly cares about her family and her culture is a crucial part of her decision making.

This book is about how family remains so important to new adults. I really liked how family was a big part of Nithya’s life. She wasn’t looking to move to the ‘big city’ and leave her past behind. When a giant setback occurs to her collegiate career, it hurts her to disappoint her parents and the Indian-American community almost as much as the loss hurts herself.

I love that it’s her father who she leans on during this tough period of refiguring her life. Nithya is such a well-rounded and full character that I can’t help thinking I’ll meet her someday. Reading about her was like reading about a friend.

And in no way was this story cliché. The choice was truly a tough one for Nithya. Especially when a perfectly matched Indian boy appears. Nishanth is smart, capable, driven, and handsome, everything she thought she wanted in a husband and his parents are close friends with her parents. Now her choice is twice as hard.

The twist of the setback to her career path gets a full measure of attention and made the story that much deeper and richer.  I hope there is a sequel to The Prearrange Life so I can spend more time with these characters! 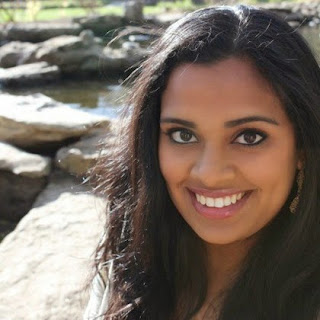 Annika Sharma was born in India and moved to the United States (Pennsylvania!) when she was a baby. Annika was a daydreamer from day one, always coming up with stories and games of pretend that seemed real. She was a serious journal-writer from fifth grade to college and wrote dramatic scenes for stories often, inspired by soap operas she watched in summers off from school.

Eventually, when the time for college came around, Annika’s parents encouraged her to pursue journalism. Convinced she couldn’t make a living from writing, Annika disagreed. After five years, two degrees, two minors, working with children, being a dancer teacher, and creating a two-and-a-half page resume in college that had interests so all-over-the-place that even she couldn’t make sense of it, Annika finally decided her parents were right. Writing was where her heart was, all along.

In the month before graduate school, the idea Annika had in mind for years finally poured out in the form of the novel, The Rearranged Life. Annika began editing in earnest after she finished her Master’s degree in Early Childhood Special Education, landing Stacey Donaghy of Donaghy Literary Group as an agent. Three months later, she had a book deal with Curiosity Quills.