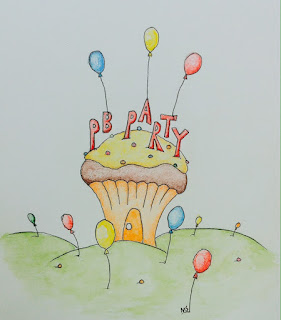 Introducing the agents for the July Picture Book Party. They are an impressive bunch!

To see how to format your entry, check out this post. Submission is Sunday, July 10th at noon! We are only taking the first 250 entries. 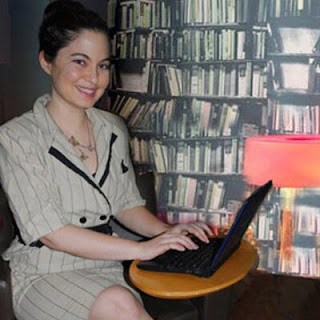 Jessica Sinsheimer has been reading and campaigning for her favorite queries since 2004. Originally from the San Francisco Bay Area, she went east for Sarah Lawrence College and stayed for the opportunity to read soon-to-be books for a living.

“Now an Agent at the Sarah Jane Freymann Literary Agency, she’s developed a reputation for fighting office members to see incoming manuscripts first—and for drinking far too much tea. Her most recent sale is RIPPER, a paranormal/historical YA novel, about a Victorian girl who takes down Jack the Ripper–and its sequel.

“Always on the lookout for new writers, she is most excited about finding literary, women’s, and Young Adult fiction, and—on the nonfiction side—psychology, parenting, self-help, cookbooks, memoirs, and works that speak to life in the twenty-first century. 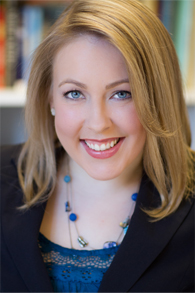 Christa Heschke of McIntosh and Otis

CHRISTA HESCHKE graduated from Binghamton University with a major in English and a minor in Anthropology. She started in publishing as an intern at both Writers House and Sterling Lord Literistic, where she fell in love with the agency side of publishing. Christa has been at McIntosh and Otis, Inc. in the Children's Literature Department since 2009 where she is actively acquiring for all age groups in children’s.

For YA, she is especially interested in contemporary, thriller/mystery, and horror. She looks for a compelling voice and a strong hook that will set a YA novel apart in the flooded market. She is open to all types of middle grade and especially enjoys adventure, mystery, and magical realism. For both YA and MG, she is interested in unique settings and cultural influences, interesting structure, complicated romances, diverse characters, sister or friendship-centric stories, and stories that feature artists of any kind. In picture books she is drawn to cute, funny stories (as opposed to sweet and quiet) that will grab kids as well as the occasional nonfiction biography on a subject whose story has yet to be told.

Christa is not looking for any Adult fiction or non-fiction, paranormal or dystopian at this time. 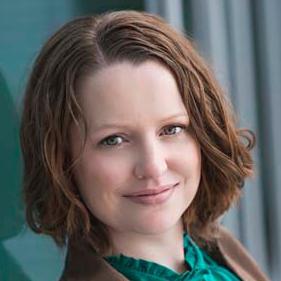 Michelle Witte is an author and literary agent with Mansion Street Literary Management specializing in children’s fiction and nonfiction. As an agent, her tastes vary widely, and she represents authors across the spectrum of children’s literature, from illustrated board and picture books to middle grade and young adult fiction and nonfiction. Michelle is always on the lookout for fascinating stories that are well told, especially those with a distinct and distinctive voice.
She began her career as a journalist, first reporting and then later copy editing for the Deseret Morning News in Salt Lake City, Utah. From there, she transitioned to a position as associate editor with nonfiction publisher Gibbs Smith, where she edited titles on a variety of topics, including children’s activity, humor, gift, cookbooks, and green living. Her combined experience in the publishing industry is a boon for the authors she represents, as she is able to guide them through each of the stages of publication. 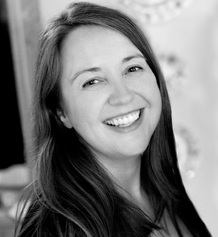 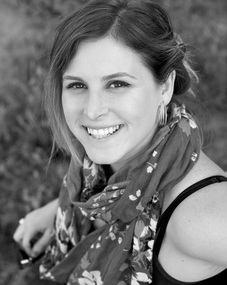 Kathleen comes to the Andrea Brown Literary Agency after agenting for nearly five years with the Marsal Lyon Literary Agency. She represents writers and illustrators for picture books (both fiction and non-fiction), middle grade, and young adult literature. When it comes to picture books, Kathleen loves to laugh and have her heartstrings pulled, and likes quirky character driven stories with heart. Kathleen is also actively building her list of nonfiction picture books. She would love to find more biographies and what some call “ficinformational” picture books (books with a fictional story that ties into the Common Core). Kathleen is actively looking for fresh middle grade across all genres. She has a soft spot for heartfelt stories, as well as humorous contemporary with a relatable voice. She particularly enjoys middle grade with strong friendship themes. She would be happy to find a middle grade fantasy, adventure, historical, or a high stakes story with a twist of magic. For YA novels, Kathleen loves voice-driven contemporary (and is especially fond of magical realism), compelling fantasy with unforgettable characters, historical fiction, and romance with lots of chemistry. Additionally, she is always on the lookout for something smart and edgy that pushes the envelope. 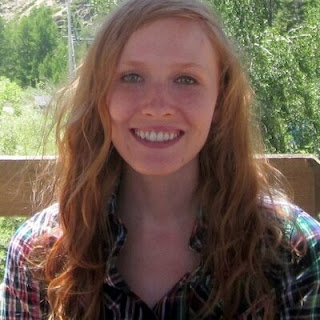 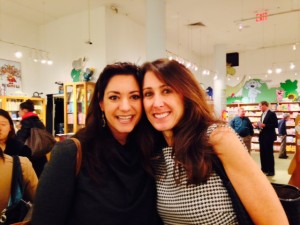 Ginger Harris-Dontzin and Liza Fleissig of the Liza Royce Agency

Liza Fleissig, with her partner Ginger Harris-Dontzin, opened the Liza Royce Agency (LRA) in early 2011. Their goal was, and remains, to represent authors in all stages of their careers, from the most established to those developing their craft, as well as debuts. Both former partners in NYC based litigation law firms,Liza and Ginger bring a combined 40 years of negotiating experience to the field. This background, along with connections rooted in publishing, movies and television, allowed them to focus and build on a referral based clientele.
From picture books through adult projects, fiction and non-fiction, LRA welcomes strong voices and plot driven works. Their inaugural books became available in stores January 2013.  Their first was an Edgar nominee, another was an Indie Next Pick, and two others were optioned for film. LRA’s success began right out of the gate.
Website|Twitter 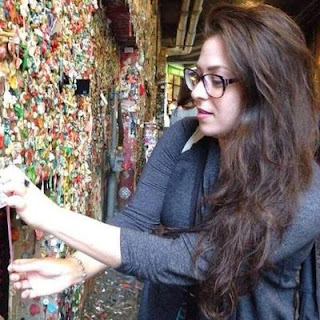 
I’m extra-crazy-picky with taking on picture books, but I do love them and rep them. I would love a great picture book series, like a Fancy Nancy or a Knuffle Bunny—something where we could see fabulous, memorable characters encounter a variety of new circumstances. My tastes tend to run toward the funny, here—very sweet, gentle picture books are just not for me. The same goes for chapter books. I’m particularly on the lookout for humorous, entertaining, illustrated chapter books that also have some kind of educational angle to them, something that could be brought into a classroom to supplement the new Common Core Standards, and ALSO something a kid would gleefully reach for, themselves.

I have a great love for middle grade—bring on the whimsical, the imaginative, the dark/crass/wacky/hilarious. Roald Dahl's bizarre flights of fancy comprise some of the most pleasurable reading time of my life, and I love lower-fantasy in general—-I would go live at Hogwarts if I could..! It's a career goal of mine to rep a Newbery winner. I grew up reading Karen Cushman, Sharon Creech, and Scott O'Dell's books until they fell apart in my hands. I'd love to find a historical MG that is also fun and exciting--a lot of submissions I see for this genre are a little too serious/earnest for my taste. Really, I'd just love to find a fresh, beautiful, fun, thoughtful story that makes that first real step into adulthood seem brand-new, all over again. I'd love to find a great middle grade series!

I’m also looking for exciting, high-concept, gobble-down-in-one-sitting YA novels that keep me up way past my bedtime (I love creepy/horror/suspense, historical, historical fantasy, and creative fantasy in general) as well as beautiful, literary works that explore the coming-of-age theme from a truly original angle and beg for multiple re-readings. I'm a huge Francesca Lia Block fan, and tend to gravitate toward stories featuring offbeat, alternate-lifestyle protagonists who trailblaze their own weird and wonderful paths through life--I want unforgettable characters that I'd follow anywhere, who burn, burn, burn like fabulous yellow roman candles exploding like spiders across the stars. 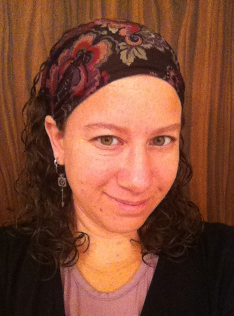 Rena is a graduate of Johns Hopkins University’s Writing Seminars Program, where she double-majored in poetry and non-fiction writing. She studied at Trinity College, Dublin and holds an MA in History from McGill University in Montreal, Canada. She worked at bookstores in four countries, has written extensively for The Jerusalem Report and The Jerusalem Post, and worked in PR, grant-writing, and website development at The Jerusalem Foundation. She is a writer of both fiction and poetry as well as the author of the cookbook EATING THE BIBLE, which has been translated into five languages.

Andrea Cascardi has held senior editorial positions at Random House and Disney Publishing, and was an agent with Transatlantic for ten years before returning to the Publisher role at Egmont USA. As an editor she acquired and edited Caldecott Honor and Coretta Scott King winner Tar Beach by Faith Ringgold, the Raffi Songs to Read series, and Pura Belpre winner Before We Were Free by Julia Alvarez among many other award-winning books. As an agent she represented many bestselling and award-winning titles including Clare Vanderpool’s Newbery winner MOON OVER MANIFEST and Printz Honor winner NAVIGATING EARLY, e.E. Charlton-Truillo’s Stonewall winner FAT ANGIE, New York TimesBestseller NUBS: A MUTT, A MARINE, AND A MIRACLE, and Texas Bluebonnet winner TEN RULES YOU ABSOLUTELY MUST NOT BREAK IF YOU WANT TO SURVIVE THE SCHOOLBUS by John Grandits.

Website|Twitter
Posted by Michelle 4 Laughs at 8:00 AM

Email ThisBlogThis!Share to TwitterShare to FacebookShare to Pinterest
Labels: PBParty