Getting the Call: Kate Larkindale

I'm so happy to have a fresh perspective on Indie presses. From experience I can say they are a great path to publishing. Meet Kate Larkindale as she shares her writing journey.

Like most writers, it started with writing.  I spent about 10 years finishing my first novel.  I thought it was amazing, but I was wrong.  I didn’t recognize that until I joined an online writing community, Writing.com, and found people willing to read my work and critique it.  And boy did I get critiqued!

Once I’d picked myself up from the quivering heap I fell into at hearing my book was crap, I revised the hell out of it, and made it about a million times better.  I knew nothing about writing a query, so my first attempts at that were pretty woeful.  No big surprise I got zero requests for that novel, despite it being a semi-finalist in the Amazon Breakthrough Novel Award in 2010.

So I wrote another book.  And in between I wrote a lot of short stories and submitted them to publications around the world.  I got a lot of rejections and that thickened my skin a lot.  I also got a lot of stories accepted, and that just made me even more certain I wanted to be a published novelist.

That new novel was SO much better than my first woeful attempts.  And I’d researched query writing by then, so I workshopped my query and tested it in various contests and online forums.  And I got a few requests.  Not many, but those agents who did read the book all complimented the writing, but passed because they didn’t feel the story was big enough.

So I wrote another book.  And another. And another.  I queried them all, getting more and more requests from both queries and contests.  The feedback was positive, but I was still without an offer from an agent.

After my best friend and critique partner got a publishing contract from a small, e-book press, I decided maybe the time had come to test the waters there.  So I sent off a query to Musa Publishing for one of my older books.  I knew it had something, but the feedback I’d gotten on it was confusing.  Every agent who read the manuscript gave me a wildly different reason for passing.  I had no idea what to revise, or even if the book needed revising.

I got a request for the full manuscript (then called The Boyfriend Plague) after just a few weeks.  I was quietly excited, but didn’t expect much to come of it.  I’d had full requests before.

I was in the midst of querying a new book when out of the blue, Musa offered me a publishing contract.  I was thrilled!  A small press wasn’t exactly what I’d dreamed of when I wrote that first book, but after five years of writing and rejection, this felt like a first step.  I didn’t sign the contract right away.  I spent some time researching the publisher and reaching out to other authors who’d worked with them.

After much agonizing over whether it was the right decision, I signed the contract.  The team at Musa were very open and quick to answer any questions I had.  The head editor of the YA imprint had some interesting ideas about things she thought needed work in the book, and everyone seemed so passionate and enthusiastic about what they were doing.

And on the day my book was released out into the world, I think I made the right decision.  My book looks beautiful.  I had an editor who loved my words and worked hard with me to make them the best possible version of my story it could be.  Yes, the deadlines were tight, and I wish I’d had more time for each round of edits, but over all, I’ve been very happy with my small press experience so far.

But despite that, I will still be querying agents with other books I’ve written, and books I plan to write in the future.  I’m grateful to Musa for giving me my first taste of what publishing is all about, but I still dream of being able to walk into a bookstore or library and pick up my book off the shelf.  And unfortunately, e-books don’t sit on shelves… 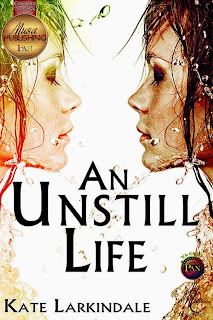 Things at home are rough for fifteen-year-old Livvie Quinn. Jules, her beloved older sister is sick again after being cancer free for almost ten years.  Her mom becomes more frantic and unapproachable every day. School isn’t much better.  Just when she needs them most, her closest friends get boyfriends and have little time for Livvie – except to set her up on a series of disastrous blind dates.

Livvie seeks refuge in the art room and finds Bianca, the school ‘freak’.  Free-spirited and confident, Bianca is everything Livvie isn’t. Shaken by her mom’s desperation, her sister’s deteriorating condition, and abandoned by her friends, Livvie finds comfort and an attraction she never felt before with Bianca.

When their relationship is discovered, Livvie and Bianca become victims of persecution and bullying. School authorities won’t help and even forbid the pair to attend the Winter Formal as a couple. If Livvie defies them and goes, she risks expulsion and further ridicule from her classmates. At home, her mother’s behavior escalates to new levels of crazy and Jules is begging for help to end the pain once and for all.

While searching for the strength to make her life her own, Livvie must decide how far she’s willing to go for the people she loves. 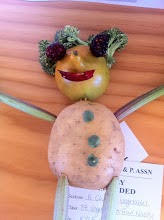 Having spent a lifetime travelling the globe, Kate Larkindale is currently residing in Wellington, New Zealand.  A cinema manager, film reviewer and mother, she’s surprised she finds any time to write, but doesn’t sleep much.  As a result, she can usually be found hanging out near the espresso machine.
Her short stories have appeared in Halfway Down The Stairs, A Fly in Amber, Daily Flash Anthology, The Barrier Islands Review, Everyday Fiction, Death Rattle, Drastic Measures, Cutlass & Musket and Residential Aliens, among others.
She has written eight contemporary YA novels, five of which other people are allowed to see.  She has also written one very bad historical romance.  She is currently working on a new YA novel that is still looking for a title other than its Twitter hashtag, #juvvielesbian.