Getting the Submission Call with Amanda Heger

If this story doesn't give you the warm fuzzies and make you laugh, nothing will. There's no way I can introduce this except to fling handfuls of chocolate. Heads up! Incoming M&Ms everywhere! Shield your eyes! 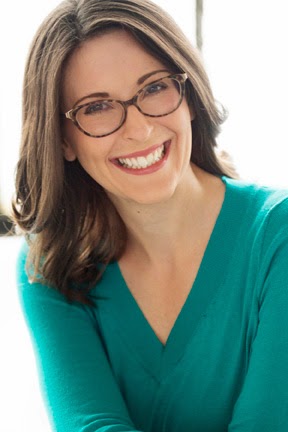 Submission noun \in-‘sa-nɘ-tē\
: the time when writers are most likely to sustain thumb injuries due to excessive email checking

In March of 2014, I accepted an offer of representation from Jessica Watterson at the Sandra Dijkstra Literary Agency. She agreed to help me find a home for my new adult contemporary romance, and I agreed not to be too much of a weirdo if we ever met in person. (Plus some other stuff that’s all spelled out in our agency agreement.)

Five months, one new title, and a few revisions later, Without Borders was ready for submission. Jessica composed a list of drool worthy editors, I stocked up on Sour Patch Kids and booze, and we sent my manuscript out into the world.

We agreed to check in once a week. I didn’t want to be surprised in the middle of the workday with a nicely worded “you suck,” nor did I want to see the actual rejections—unless the editor was rejecting Without Borders because it was simply too good. In that case, Jessica knew she should forward freely. (Spoiler alert: this never happened.)

I think this may be the smartest thing I ever did. (Except that one time I met Jason Dohring and forced him to take a photo with me. Obviously.) When the rejections started rolling in, I was a little disappointed, but mostly I just imagined the reasons were things like “I refuse to buy manuscripts that include references to The Baby-Sitters Club” or “My mother was eaten by a toucan, so that one scene was just too much of a trigger for me.”

Who wants to work with an editor that doesn’t like The Baby-Sitters Club anyway?

I did ask Jessica to tell me about any trends in the responses, in case there was something we needed to fix. But the only consistent issue was that a handful of editors had concerns about the setting.

Not much we could—or wanted—to do about that.

In the meantime, I entered Without Borders in an RWA contest. At the last minute, just because I’d lost my mind, I also entered the first draft of my work-in-progress. Let me say that again: FIRST DRAFT. In fact, the contest called for twenty-five pages, and I only had twenty-three. I sent it anyway.

On November 11th, I woke up to the score sheets from the contest in my inbox. Neither of my pieces placed, which was no big deal. But my crappy first draft outscored my polished, slaved over, I’m-going-to-scratch-my-eyes-out-if-I-have-to-read-this-one-more-time manuscript.

Submission can make you certifiable, guys. And that morning, I was well on my way to Crazy Town. I convinced myself Without Borders would never sell. If something I hadn’t bothered to proofread was “better” than my manuscript out on submission, I was 117 percent screwed. For the first day since late August, I didn’t carry my phone with me everywhere I went. Why bother? Without Borders was clearly headed to the big manuscript farm in the sky.

I had the day off from work, and I decided to write a million more words on my work-in-progress. Maybe I’d have something new to send out on submission once the rest of the rejections arrived. Because nothing says “I’m a writer” like experiencing something horribly painful and then scrambling to do it all over again.

A few hours later, I emerged from my writing cave—which is really more of a loft where I store an unhealthy amount of autographed Kristen Bell paraphernalia, but I digress. I’d added several thousand words to the new story, and if Without Borders wasn’t going anywhere, maybe this one would. Someday.

I reluctantly checked my phone.

There it was. A missed call from Jessica.

Hey Amanda. This is Jessica. I have something really important to talk to you about, so as soon as you can call me back, please do.

(Love you, Jess. In a strictly professional, only mildly creepy sort of way.)

After the morning I’d had, I worried someone from the contest had emailed Jessica to tell her my manuscript was horrendous, and now she was calling to end our agent-neurotic writer relationship. An offer truly seemed like the less likely option. (See above, re: Crazy Town.) But I put on my big girl pants—which, by now were two sizes larger than pre-submission—and called her back.

“There’s an offer from Diversion Books,” she said. “But there’s a problem.”

“They want you to write three books instead of one. Is that okay?”

I have zero recollection of what happened after that. I must have agreed. I’m pretty sure I said I would write up a quick outline for book two. I think I babbled on about what a crappy day I’d had, and she probably stared at the phone wondering if I’d had too much to drink. All I know is half an hour later, I found myself wandering the aisles of Target, with my heart pounding in my ears and a new, shiny notebook in my hands.

I came home, tossed back a few more Sour Patch Kids, and deleted those score sheets permanently from my inbox. Then I carefully printed the words BOOK TWO across the cover of the notebook.

Amanda Heger is a writer, attorney, and bookworm. She lives in the Midwest with three unruly rescue dogs and a husband who encourages her delusions of grandeur.

Her new adult contemporary romance, Without Borders, is forthcoming from Diversion Books. The story was inspired by the summer Amanda spent in rural Nicaragua, eating gallo pinto, speaking mangled Spanish, and showing high school students how to slide condoms onto over-sized plantains.