Getting the Call with Melinda O'Neill 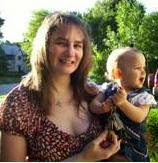 Unlike some of the inspiring stories here, my journey to “the call” was more about learning to get out of my own way than the perseverance required to stick with it.

For a majority of the past fifteen years I have been a writer in the closet. Despite early encouragement from teachers and contests that my writing showed promise, my dreams of being a writer were discouraged as “impractical.”  English Literature and creative writing, my parents implored in stern grownup voices, were college courses that fulfilled basic requirements, not the foundation of a career. Lawyer and accountant were careers. A career title of “writer” was mostly claimed by those living in their parents’ basements, afflicted with Peter Pan syndrome.

In a compromise of sorts, I got my degree in business communications and headed into the corporate world. I should have been thrilled with my success, but the higher I climbed on the corporate ladder, the more miserable I seemed.

To alleviate my wretchedness, I started to sneak-write. Like a reformed smoker stealing away for just a quick relieving puff, I’d slink off to jot a scene or outline a character, allowing the momentary high of the creative outlet to course through my veins.

Eventually, I started to fantasize that my secret life as a writer might be able to live in détente with my day job. As my first manuscript neared completion, a MG fantasy, I contemplated maybe sending it off to see what would happen.  After all, I reasoned, I was no J.K. What was the worst that could happen?

Then my dad suddenly died and I inherited my mother, a grieving woman in the early stages of Alzheimers, who never let her disease get in the way of being a lovely, stubborn, opinionated crank. The manuscript was shelved and my secret writing sessions were traded for appointments with wound clinics and neurologists.

Before spending six years watching my mother’s memories be sucked away, I believed that life was not kind to dreamers. Chasing big dreams didn’t pay bills and often dished up unbearable heartache.

When you watch someone you love slowly and painfully die, it changes you. The experience strips you down of pretense and irrevocably alters your perspective. As I traveled to her inevitable end, getting to know a woman who had really been a stranger to me until then, I learned that ultimately, the chase of those big dreams is the only memory that really permeates through us.

In those last years, her stories trickled out, inspiring me by what a risk taker she had been – divorcing an abusive first husband in an era when divorce was still considered unseemly, cajoling my dad into letting her open her own business at time when he had made peace with women in the workforce, as long as it wasn’t his wife…

I also learned that despite how much we butted heads (or maybe because of it), we were kindred creative spirits. Clearing out her house, I discovered a treasure trove of poems and stories, many of them quite good. From the time she moved into the assisted living center, her daily routine involved writing music. As her memories faded, songs of a forgotten past continued to brighten each day.

We buried my mom two years ago.

The first year after was detox, trying to get back to some semblance of normal. This year has been about accepting her challenge to chase some of those big dreams. As such, we’ve moved to the Georgia mountains and I started writing again, out of the closet this time, completing a lighthearted humorous mystery.

Some habits die hard, though. I still believe that success in traditional publishing is as likely as winning the lottery. I always assumed I would most likely self-publish. But since I had to get through the move and I was still dealing with a lot of ups and downs at my day job, I didn’t really have the required energy to devote to it. While I waited for life to settle some, I figured I’d enter in some contests, shoot out to a few agents and see if anything happened.

This is the part of the story where I tell people that I do not recommend, under any condition, that they follow my path. I made a ton of mistakes.
I think because I’m in corporate communications, the query letter flowed pretty well for me (never ask me to write a synopsis though J) and I had good success with it. In searching the web for a good query letter template, I began to fan girl an agent. She was one of the first ten I sent out my spiffy letter to. She promptly (within a day) requested the full.

I did not have anyone read my manuscript before I sent it out. I did not know what beta readers or critique partners were. Luckily, while searching for information on querying, I stumbled upon the need for these things. Unfortunately, I had already sent my manuscript to my fan girl agent before I’d received back feedback from my new beta reader friends. Oops. I had some work to do.

But fan girl agent didn’t say no. She sent me an R&R. And it was perfect. All her insights were spot on. Woot! I thought, I’ve got this. I diligently worked to rewrite, sending it back through my new betas and CPs and finally back off to my fan girl agent. I was sure within a week or two I’d have caught one of those dreams and ultimately the chase hadn’t really been as hard as I’d made it out to be in my head.

So I didn’t send out any more queries and started my wait.

For sixteen weeks. I nudged.

She was busy. She was sick. Still hadn’t gotten to it.

In the meantime, I received news that the manuscript was a finalist in a national contest. That was the kick I needed to realize this was most likely not going to work out with my fan girl agent, but that it could still work out with someone and, so, I then queried widely.

Four weeks later, I had an email offer from a small agency. I was thrilled and excited and a complete nervous wreck. My call was a mess, as I was a jumble. But I got through it, and felt like this agent would do well by my story. (I highly recommend anyone in the query trenches to script out a blurb about themselves before their call. 3 of the 4 agents I talked to asked me some form of the “tell me about yourself” interview question and until I wrote something down, I bumbled it.)

I then nudged all the others with my full.  One of those was Priya Doraswamy from Lotus Lane Literary. Lotus was a new agency, but Priya was not a new agent, coming from another established firm with her own solid sales. She’d had my partial and had just requested the full when my offer came in. She immediately emailed me with an apology that she could not hit my target deadline, as she was out of the country, but she loved my manuscript and could I grant her an extension? Through a series of emails following we connected on a host of topics including my IT job, her being in India and a book recommendation for “Where Did You Go, Bernadette” (which I highly recommend to anyone who hasn’t read it). I thought she was wonderful and perfect and please, please, please let her pick me.

In addition, I was moving in the middle of all of this. Literally, boxes on trucks. I also needed more time to manage that.

As a newbie, I had no idea if the additional time frame would be a big deal or not with the other agency. I didn’t want to lose a sure thing on a maybe. So, I posted a thread about it on absolute write. And nobody replied. Trusting my gut, I sent the offering agent a note that my life was currently in a sticky place and that I was waiting for a reply from someone out of the country. She was very understanding and gracious about it. Whew!

But then the great Janet Reid replied. She told me a story, saying the point of the story was that if an agent really wanted something they’d figure out how to make it happen, vacation or not. Uh oh. Maybe wonderful possible agent doesn’t really want me?

When I got an email from Priya almost immediately thereafter, saying that she’d just finished my manuscript on the plane and was so excited she would have called me from the airport but was worried about freaking me out, I knew I had found my agent. We talked on the phone later that day and connected as well as we had in email. She got my book, had brilliant editing suggestions and a huge passion for selling it. In the end, I had three offers, all of whom were excellent, but there was really no choice to be made. (Oh, and when I sent my offer nudge to fan girl agent, she passed my rewrite to a junior agent who didn’t like it. Learn my lesson - don’t fan girl and if you do, query widely anyway.)

I’m now on submission with publishers. I still believe that success through traditional publishing is a long shot. But if I get rejected, I know I’ll keep looking for other avenues to see my dream come true. If it’s not this book, there will be another one.

After all, I’m a storyteller, just like my mom.

I’m currently looking for authors to participate in a series of interviews on writing and time management. If interested connect with me at email (melindajoneill@gmail.com) or my blog: melindajoneill.blogspot.com


Or connect on Twitter: @melindajoneill
Posted by Michelle 4 Laughs at 6:00 AM