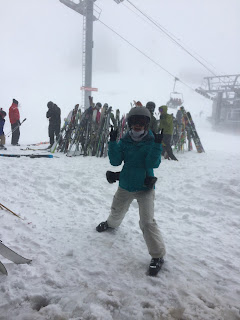 J. A. Bellinger lives in her hometown of Indianapolis, a sweet city whose appeal only occurred to her after she had lived in six other places. Brisbane, Australia, where she spent a semester during college, provides the setting for her first novel, The Art of Almost. Bellinger still loves to travel, despite having once awoken to a cockroach scuttling across her cheek and having lived for months in a thinly walled mountain cabin, where a wood-burning stove provided both heat and a lovely substitute for TV. It was huddled by that stove that she met her husband, whom she wooed with the dozens of CDs crammed into her backpack. Bellinger is fascinated by why people make the choices they do and by what happens when regret creeps in, when the what ifs take over. In The Art of Almost, she gives readers the chance to live out those possibilities through the protagonist, Anna Marin. 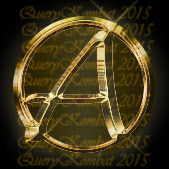 Entry Nickname: If You Give a Girl a Redo
Title: The Art of Almost
Word count: 104,000
Genre: Upmarket Women’s Fiction

32-year-old Anna Marin already carries too many regrets. She’s still pining for the one who got away and can’t forgive herself for the fallout from her mother’s stroke. On a flight home to marry the wrong man, Anna realizes she must take control of her life and stop living in the past.

But when she wakes as her 20-year-old self en route to her semester abroad in Australia, it seems fate has a different idea: a second chance with Charlie Beckham, the older man she was drawn to but never pursued. This time Anna falls hard, and being with Charlie is even better than what she’s imagined.

Yet if Anna’s history plays out as it once did, in a few months her mother will suffer a debilitating stroke. And Anna’s baby sister will begin a downward spiral from which she never recovers. When Anna’s efforts to change the future from across the Pacific fail, she must make an impossible decision: walk away from the love of her life—again—or stay with Charlie and abandon her family.

Adding to Anna’s distress, her on-and-off college boyfriend (and future fiancé) flies to Australia to win her back. Seeing him as the boy she fell in love with, Anna finally realizes she also played a part in their relationship’s unraveling. As he shows a side Anna’s never seen, and it becomes clear Charlie cannot leave Australia, Anna wonders whether part of her mission is rewriting her first love story.

I tried to steady my breathing as Nick lowered down on one knee. A cool spring breeze blew petal confetti toward us, so gently that bits of white and pink remained suspended in midair before fluttering to the ground. Shushing spread through the people surrounding us; suddenly it made sense why our family and friends all happened to show up at the same benefit. Even the river, humming low and deep like a bass line just beyond the hotel courtyard, slowed to a crawl.

And yet I couldn’t hit pause, take a second to reflect on how I’d let it get so far.

“Anna Jane, you are my past and my future. You’re all of my best memories and the center of every great moment to come. And so to you I present—” here he paused to allow sufficient time to appreciate his pun—“this ring. It’s time we made it official!”

The choreography was perfect.

I tried to speak, to tell him it felt like I was disappearing. That putting a ring on my finger would sever the last threads tying me to the earth. But the words went sliding down some shadowy passage, piling on top of all the other things I never said.

Nick’s speech kept going, though not a word registered. I searched the gowns and tuxedoes for a flash of crimson and looked up. My eyes met my sister Claire’s and I immediately regretted it. Hers held a question; mine, a plea.

I had to look away or I’d cry. Or scream.