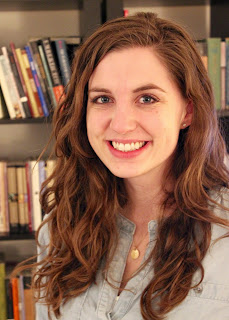 Kaitlin lives and teaches in Alabama. Though she prefers Earl Grey to sweet tea, Kaitlin is a staunch Southerner who believes in the power of y’all, yes ma’am, and darlin’. She spends her free time writing, reading, and harassing her cat. One day she’d like to own a brace of corgis and enough sheep to keep them entertained. 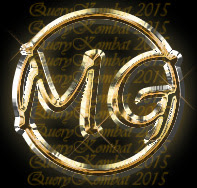 Query:
The Pickettsville library has moldered in silence for two hundred years, but Theodore Plumford can sense that it’s special. Not just any library was founded by a madman.

Determined to spend the summer reading, twelve-year-old Theodore coaxes his reluctant siblings to explore the unusually grand library with him. Though the rest of Pickettsville refuses to darken its doors, the majestic building and its lively librarians soon enthrall the children. But when they discover that characters from the books are haunting the halls, an investigation into the library’s secrets leads them deep into one family’s peculiar history and one man’s troubled life.

As the Plumfords and librarians unravel the past, the library’s future seems brighter. But Theodore’s impetuous brother Hugo would rather have an adventure than follow orders, even if it throws the library into chaos. With the town clamoring to demolish the building, the characters fighting for their freedom, and Hugo playing by his own rules, Theodore’s mettle will be tested. The bookworm who has always lived through others’ stories must learn how to be his own hero if he’s going to save the library.

Theodore Plumford’s neck prickled when they drove past the building on their way into town. The rest of Main Street was a collection of shabby stores, but this place stood apart like a wild beast among tabby cats.

Six white columns guarded a wide double door, and cold, silent windows rose between the pillars. On top of the building, rosy light streamed through the panes of a glass dome. It looked like a ball of fire upon a mammoth block of ice.

Mrs. Plumford twisted in her seat to follow Theodore’s pointing finger. She squinted into the sun. “We’ve never been there. You’ll have to ask your aunt.”


Theodore’s younger sister Lucy squirmed around to look at the building before it disappeared from view. “It looks scary,” she whispered.

“It looks boring,” said Hugo Plumford, elbowing Lucy in the center seat to make more room for himself. “Are we there yet?”

“Almost,” said Mr. Plumford. He turned the car into a neighborhood of prim houses in tidy rows, each so alike they might have been pressed from the same mold.

Hugo squashed his nose against the glass and groaned. “Can’t I go with you?”

“No,” said Mr. Plumford. “I’d prefer you weren’t eaten by a crocodile.”

“Hugo, you’d be trying to measure its teeth the minute I turned my back.”

Theodore stifled a sigh and hunkered over his book, determined to ignore the hundredth round of this debate.
Posted by Michelle 4 Laughs at 4:00 PM