Since one entry switched age-category mid-way through the contest, we've got TWO NA Champions that will share the badge/award :D (No fighting.) 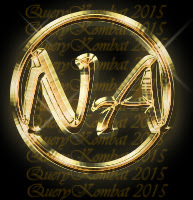 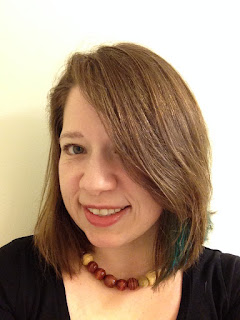 Sarah is a mom, army wife, and vegan baker. In her spare time, she cleans pug hair off all surfaces and wishes her migraines would let her drink more coffee. A New Englander by birth, she's thrilled to live in northern New York after sweltering away in the south for five years. She loves writing YA and NA because that age represents a time of hope and change, and she believes we could all use a little more of each. She can usually be found wasting time on twitter.

Eighteen-year-old Lotus Adams has no interest in college. The classes are boring, the frat boys are slobbery, and the beer is downright nasty. She’d rather be on the open road in her dad’s vintage RV, Flora, but without some costly repairs, Flora is unlivable. Her mom doesn’t want her to go traipsing around the country like her long-gone dad, so she makes Lotus a deal. Finish her first year of college with a 3.5 GPA, and mom will pay for all Flora’s repairs.

For eighteen-year-old Aaron Kim, the anonymity of college is a relief. After finding his girlfriend in bed with a friend, he threw himself into homework, work, and working out. Aside from his family and his best friend, he’s cut himself off from everyone. But after meeting free-spirited Lotus, he wonders if he was wrong to drop out of life. Already committed to his education, he decides to give love another chance.

Only Lotus knows their time together is limited. When she finishes the year and gets Flora, she’s never going back to college, never going back to live with her workaholic, absent mom. Instead of school, she’ll tour the country, and Aaron will stay at college. With freshman year ticking to a close, Aaron has to stop Lotus from dropping out of school and their relationship. If he fails, they’ll lose each other forever.

The grassy quad stretched out in front of me, an endless sea of students adorned in Crandall State’s colors. I was too busy sweating my ass off to look for my new roommate, so I plopped down on the edge of the lawn.

“Like sheep,” I muttered. This was too much. I needed space and the open road. I needed to know where dad was, not waste another year at school.

“What’s that?” asked the guy next to me.

“We’re sheep. What’s the point of all this, anyway? Some form of torture?”

“I think they call it ‘freshman orientation,’ actually.” He sounded amused and I sneaked a peek at him, wondering why he was wasting his breath. He stared at me from under black Ray-Bans, his white hat turned backwards. Dumb. “I take it you aren’t a fan of higher learning?”

“It was my mom’s idea. You know, if that hat was on the right way, you wouldn’t need the sunglasses.”

He smiled broadly, his shiny perfect teeth flashing at me. “I always need the sunglasses. This way, the hat stays out of my way.”

Ridiculous. “Then why wear the hat at all?”

“Bad hair day.” Everything in me said turn away, kill this conversation now.

“What, out of mousse before the first day?”

“Maybe I misplaced my flat iron.” He yanked off the hat and pulled his hand through glossy black hair. It fell into place immediately.

Not a bad hair day. 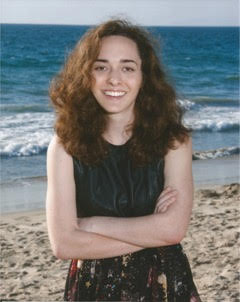 Carlyn Greenwald is a writer, student, and decently sized superhero, mystery, and animation nerd. Her writing passion lies in the problems of 14-24 year olds, within a range of subgenres from mystery to historical. Anything that has at least one murder, a nice-looking guy, and some witty banter will do. When not writing, she enjoys reading, swimming, drawing, and running multi-fandom blogs (Tumblr: thewittywriter). She splits her time between Manhattan Beach, CA with her family and University of Southern California with various wacky roommates.

18-year-old Stella Stokes has a secret: Gideon, a dashing English serial killer in the novels she writes, actually talks to her. He’s been by her side, offering somewhat twisted peanut gallery commentary, advice, and affection for every pathetic turn in her adolescent life. Sure, some of his darker suggestions scareher, she’s never been worried about his presence. After all, she’s the only one who can interact with him; he can’t really kill anyone.

The summer following high school graduation, Stella and her best friend, supernatural-obsessed, trans-man Quinn, decide to take a few weeks to explore California. However, their first stop at an idyllic beach town isn’t quite as calming as they would’ve hoped: a local’s prank gone horribly wrong leaves Quinn and Stella standing dumbstruck over four dead bodies. As they clean up the mess and flee town, Stella can’t help but notice Gideon’s signature all over the murders.

Now, Stella has no choice but figure out what Gideon is: ghost, demon, byproduct of mental illness, or something else entirely. Because if Gideon is more than an imaginary friend, not only could he really begin a murder spree, but maybe he really could force her to kill with him. As bodies stack up around them, Stella has to keep one step ahead of the authorities, keep Quinn safe, and most importantly, prove that the writer is more powerful than the creation.

First 250 words:
"You're barmy if you don't think a paid professional screwing up your haircut is enough reason to kill them.”

I open my drawer and snatch the first two pieces of water-friendly fabric I see. The unsolicited advice comes from Gideon, who lies on my bed tossing a dragon figurine from hand to hand. We’ve been talking for five minutes, and I’m so done.

“No, Gideon, you’re…whatever you just said if you think I'm going to murder someone because she cut my hair too short,” I say. “Besides, you’re English. Your people would rather suffer in silence than complain about a subpar haircut. Turn around.”Gideon rolls his eyes and turns his back to me. I slip into my bikini.

“This figurine is a good density. An ideal bludgeoning weapon—”

I reach for my cover-up, but stop as Gideon wraps his arms around my waist.

“C’mon, poppet. Have I steered you wrong before?”

I resist a smile as he presses his lips to my throat. The moment almost lasts, but a thunk from inside my bathroom brings me back to reality: my best friend Quinn is changing in there, and when he comes out, he won’t be able to see Gideon.

After all, I'm the only person who can interact with him.

I pull away and return my figurine to the shelf, hoping Gideon gets the message. His words roll around my mind, and my eyes linger on the golden dragon.