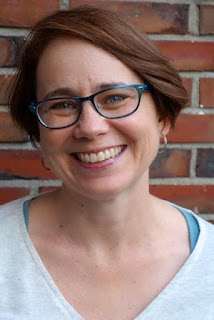 Kate McIntyre is a former geologist turned scientific editor, parent and fiction writer. She’s the author of De knikkelares, a middle grade fantasy, published in Dutch. Kate lives with her family in a crooked house in a small city in the northern Netherlands. In her rare free time she likes to sew while listening to very loud rock music. If she had a punk band it would be called “Seam Ripper”. 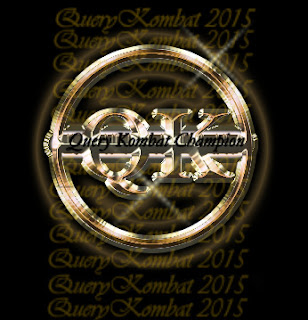 
By day, fifteen-year-old Iris Vox sleepwalks through high school. By night, she plays a grown-up behind the reception desk of her father’s Kansas hotel, checking supernatural Others in and out. Quick with a dart gun or a convenient lie, Iris provides her guests with live food, fresh blood, or a quiet place to spin a web.

It’s the only life Iris has ever known, but it was safer when her dad didn’t spend so much time a human smoothie. Born with a hereditary curse, he liquefies then pupates back to his normal shape. Dad’s metamorphosis used to happen on a schedule. Now it comes without warning, leaving Iris to hold everything together.

Just as sleep is a luxury to Iris, so is the truth. Her father won’t admit that something’s changed in his curse, or where her mother went. Enraged by her father’s silence, Iris turns to her guests for human contact. Consoling a vampire’s fading blood moll, soothing the self-hate of werewolves, and helping a handsome insect learn to fly, Iris finds her role as listener and solace. While Iris navigates her anger, the curses that fuel the Other world get stronger and stranger. Deeply buried magic is rising to the surface, bringing with it ancient beings who lack the “humanity” that makes Others worth protecting.

Faced with how these new beings will corrupt and endanger the world of Others, Iris finally learns her father’s secret, and its cost to her family. Now she has to decide whether she wants to become the next Innkeeper, or leave the Other world behind.

A man staggers in through our automatic doors. Glad for some action, I slide last month’s National Geographic under the counter to focus on my customer. Nothing special about him; anyone else would see a regional salesman coming in after driving all night. An older man with skin like a re-used paper bag.

But the stagger…it’s not quite right. Drunks weave. This guy lurches forward like he’s got an absolute goal. Our desk. Me.

Yep. Pale, sullen, haggard with a side of desperate determination? Definitely looks like one of ours, but I have to be sure.

The man grips the rim of the counter to steady himself. His well-groomed fingernails point toward me. With a great effort he lifts his left hand and slaps it on the counter twice. That’s good. It’s half the sign. Still, he’s not finished performing.

“What are you looking for exactly, Sir?” I prompt.

There’s a long anxious pause as he tries to remember. He grips so hard that his nail beds turn whitish gray. My right hand creeps under the counter so that my index finger can rest on the pebbled steel of the trigger. I feel it and my heart rate drops.

“Rest and feed,” the man answers finally, fishing the words from some hard-to-access place in his brain, laying them out heavily on the counter.

Bingo.
The words before the knocks would have better though. Doing it backwards means he’s starving.