I'm thrilled to have a fresh interview with Amy Tipton of Signature Literary Agency. She's your girl for YA and MG, though she's not into fantasy and sci-fy.

Is there a better or worse time of year to query?
Things tend to be slower in the summer so that might be a better time to query--though you run the risk of many on vacation ...

Does one typo or misplaced comma shoot down the entire query?
Look, we all make mistakes so I say no--if your story is good, it doesn't matter (not to me). But I do hate queries addressed "To Whom It May Concern" (again, that's just a pet peeve of mine--I know an agent who doesn't care how the query is addressed).

Some agencies mention querying only one agent at a time and some say query only one agent period. How often do you pass a query along to a fellow agent who might be more interested?
Sometimes. It has happened.

Do you prefer a little personalized chit-chat in a query letter, or would you rather hear about the manuscript?
It depends--if they know me (like from a conference or through Facebook or a mutual friend, if they read a book I did, etc) I don't mind chit-chat--but I care more about the book they're pitching, for sure.

Most agents have said they don’t care whether the word count/genre sentence comes first or last. But is it a red flag if one component is not included?
I don't give a bleep about word count! Tell me about the book--give me the genre if you want--but again, I do not care about word count!

Writers hear a lot about limiting the number of named characters in a query. Do you feel keeping named characters to a certain number makes for a clearer query?
It's true. You don't need to give me the name of *every* character in the story--just the main characters and the general idea. I do want a clear query--limiting characters does make it clearer.

Should writers sweat the title of their book (and character names) or is that something that is often changed by publishers?
Great titles are, well, great! But titles do get changed so no, I wouldn't sweat it (I've never had one of my characters re-named so I don't know if that happens) but I wouldn't be lazy about your title and not care either--*every* detail should matter. (Just don't get too attached.)

How many queries do you receive in a week? How many requests might you make out of those?
I get tons of queries in a week! I'm extremely extremely picky though--so I may not request any in a week. Or I might request to read a lot and not offer to rep any.

Many agents say they don't care if writers are active online. Could a twitter account or blog presence by a writer tip the scales in getting a request or offer? And do you require writers you sign to start one?
I wouldn't say it would tip any scales (seriously, it doesn't matter--*everyone is online*, even my mother) but you should be active online and if you do get an offer the editor and/or agent might request it.

Some writers have asked about including links to their blogs or manuscript-related artwork. I’m sure it’s not appropriate to add those links in a query, but are links in an email signature offensive?
I'm not easily offended!--ha! You can have any kind of signature you want--it's your signature--but just know I might not go to your links.

If a writer makes changes to their manuscript due to feedback should they resend the query or only if material was requested?
Again, I'm pretty laid-back so I don't mind--it irritates me but whatever, I'll get over it--some agents do hate--HATE--this though. (Your work should be as good as possible before sending it out so you shouldn't be making changes to it.)

What bio should an author with no publishing credits include?
Stuff that pertains to the work--if you are an expert in the field you are writing about, if your character has Down's Syndrome and your kid brother also has Down's ...

What themes are you sick of seeing?
I don't want to see anymore vampires/werewolves/faeries/angels/wizards--I don't "do" magic/fantasy/supernatural/paranormal/sci fi stuff. Not even in MG. Sorry. And I'm not the right agent for you if your book takes place in the 1960s or 1980s. And, please, no more "sicklit"--cancer-ridden kids (thanks John Green)!

Do you consider yourself a hands-on, editorial type of agent?
I am very much a hands-on agent. I re-read and re-read and edit the manuscript over and over (if necessary) before sending it out. I love bouncing around ideas, fleshing out characters or character details, discussing plots or settings, etc. Some authors don't need or want much and that's ok too. I am available to my authors, that's the most important thing.

What three things are at the top of your submission wish list?
I am desperately looking for a YA about anarchy/anarchist groups/black bloc/homegrown terrorism (similar to that movie "The East")
Same as above, I am desperate for a YA that deals with a cult/religion or some dark/secretive society or weird sorority
Same, I would love a YA about hoarding (even if it's a parent hoarding and the kid living with them or the kid is a hoarder themselves)
BONUS:
Any overweight main character NOT totally obsessed about weight (can be kinda but don't want to see them worried about fitting in a dress for prom or upset the "hot popular jock" doesn't like them because they're not a size 2)

What are some of your favorite movies or books to give us an idea of your tastes?
I LOVE movies (obviously, I love books even more but movies alone are tough) so I'll try to do just 3 (but I will say John Hughes, John Waters, Jim Jarmuch, and Hal Hartley are favorites and I won't mention anything by them):
1. The Goonies
2. Heathers
3. Girls Town (from 1996 with Lili Taylor--LOVE her)
BONUS:
Eternal Sunshine of the Spotless Mind
But I'm a Cheerleader 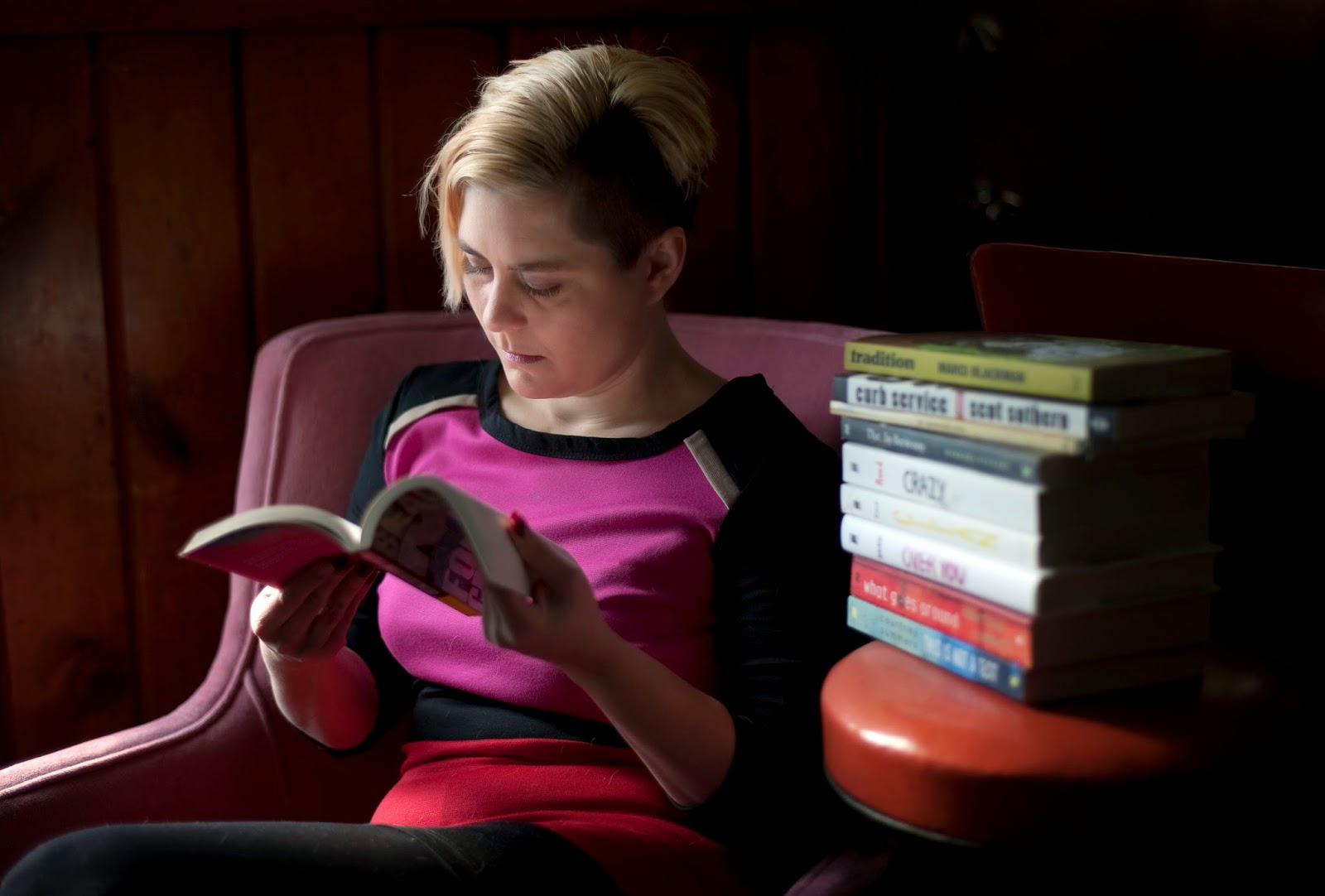 Amy Tipton joined Signature Literary Agency in 2009. She graduated from Naropa University with a B.A. in Writing and Literature and received her MFA from New College of California in Writing. She comes to the agency after working as a literary assistant and office manager at several literary agencies including JCA Literary Agency, Diana Finch Literary Agency, Gina Maccoby Literary Agency, and Liza Dawson Associates. Amy has also worked as a book scout for Aram Fox, Inc. dealing with foreign rights. She became an agent with Peter Rubie and continued to agent with FinePrint Literary Management. In addition to her agenting experience, Amy also worked as a freelance editor to Lauren Weisberger, author of The Devil Wears Prada. Her work is published in the anthology, Controlled Burn, and pieces of her first and second novel can be found in a variety of literary journals.

Amy is looking for both fiction and nonfiction–edgy or quirky, commercial or literary–in particular, she is interested in YA and middle grade.  In nonfiction she is looking for women’s studies/academia, fashion/beauty, and pop culture.
www.signaturelit.com