Release Day and Excerpt from IF ONLY

I'm so happy to show off Amy Pine's new book. I've know Amy since the first Query Kombat and wish her all the luck in the world! 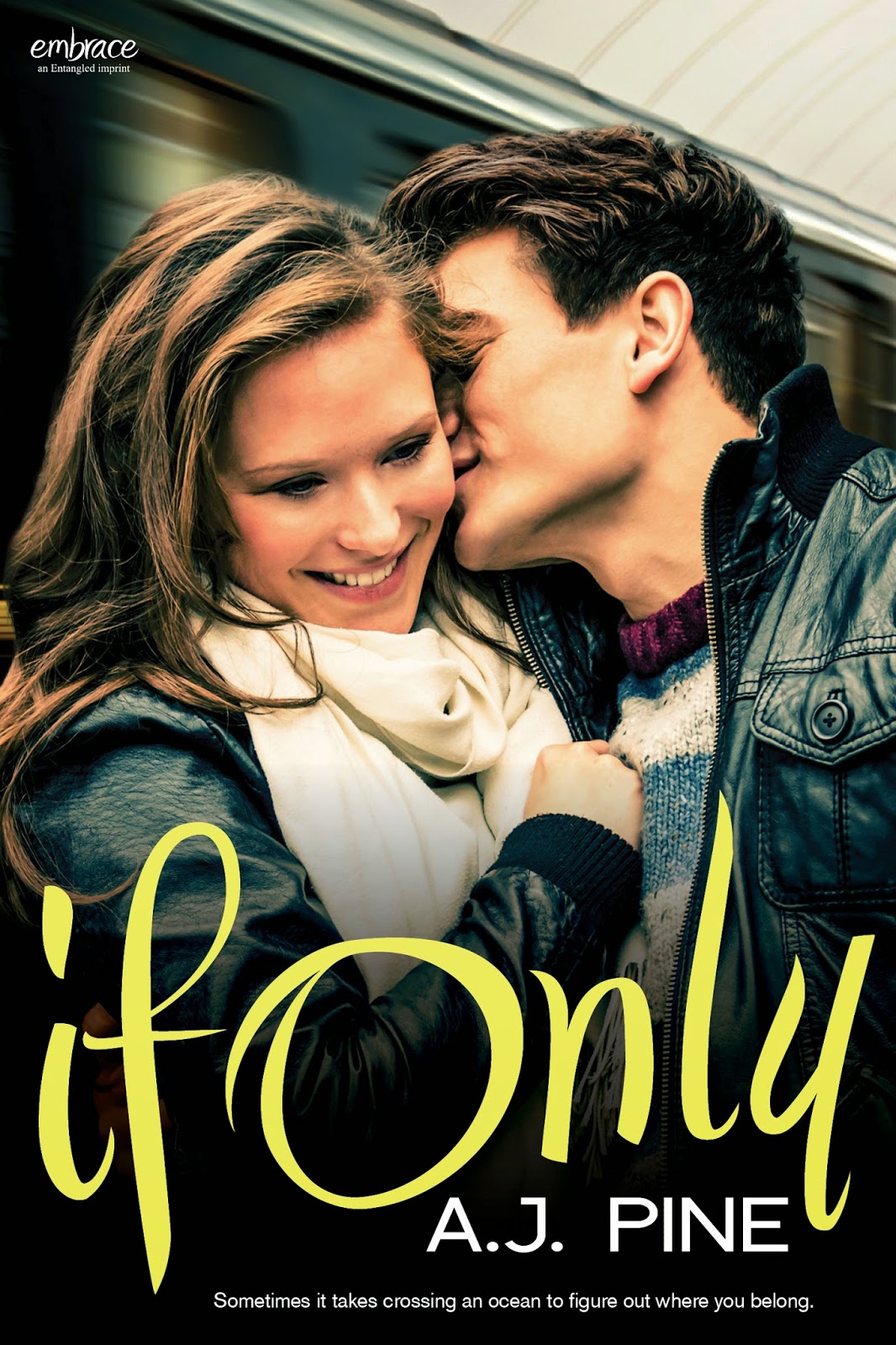 Sometimes it takes crossing an ocean to figure out where you belong.

It's been two years since twenty-year-old Jordan had a boyfriend—which means it's been forever since she, well, you know. But now she’s off to spend her junior year in Aberdeen, Scotland, the perfect place to stop waiting for Mr. Right and just enjoy Mr. Right Now.

Sexy, sweet (and possible player) Griffin may be her perfect, no-strings-attached match. He’s fun, gorgeous, and makes her laugh. So why can’t she stop thinking about Noah who, minutes after being trapped together outside the train’s loo, kisses Jordan like she’s never been kissed before? Never mind his impossible blue eyes, his weathered, annotated copy of The Great Gatsby (total English-major porn)…oh, and his girlfriend.

Jordan knows everything this year has an expiration date. Aberdeen is supposed to be about fun rather than waiting for life to happen. But E. M. Forster, Shakespeare, and mistletoe on Valentine’s Day make her reconsider what love is and how far she’s willing to go for the right guy.

Teaser Excerpt 6—Jordan going home with Griffin from the pub.

I turn my eyes to Griffin, sure I don’t want to watch what comes next with Noah and his logical choice.
“I thought you were joining us for shots. In fact, I thought you were buying.” He leans down to where I sit and kisses me on the cheek.
“I was,” I say. “I mean, I did. Buy the shots. I drank mine at the bar with Elaina. Let’s say vodka and I have been introduced, and it didn’t go well.”
“Ah, yes. I do remember Elaina coming by and mentioning something about a pussy lightweight. Does that ring a bell?”
I roll my eyes, too exhausted to protest. Noah and Hailey head toward the group. I watch them walk away, waiting for Noah to turn back, but he never does.
Griffin puts his hand on my cheek and squats down beside the end of my booth. He kisses me gently, repeatedly. To hell with logic. I lean into him, run my fingers through his hair and kiss him harder. His lips are soft. I ignore the spice of whisky still on his tongue and let it through my parted lips. I feel myself letting go, letting Griffin’s kiss fill the space I’ve kept empty, kept at a distance. But allowing him do this means to break the rules of our agreement. He must know that. So when he smiles against me as I grab his collar, I take it as a sign, pulling him closer.
“Wanna get out of here?” he asks, his voice heavy with desire.
My ragged breath disguises the reappearing tremor in my voice. “Yes. I want to get out of here.”
“Where to?”
Elaina’s warning replays in my head. Our walls are paper thin.
“Can we go to your place?”
He nods, pulling me up from the booth, his mouth still on mine.
Noah and Hailey stand at the large, round table where the night began. As soon as his eyes catch mine, I turn away, leaning into Griffin.
“Take me home,” I plead.
And so he does. 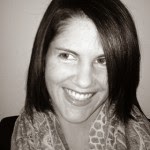 AJ writes stories to break readers’ hearts, but don’t worry—she’ll mend those hearts with a happily ever after…maybe. The first book she wrote was YA, but now she’s two-timing her first love Pine4BWwith NA. She’s always in the middle of reading two to three books, adores online shopping (everything from groceries to shoes), and she still loves vampires, whether it’s Eric Northman or the Salvatore brothers. When she’s not writing, AJ is sneaking off to her day job as a high school English teacher or hanging with her husband and kids in the Chicago burbs.

AJ’s debut NA novel, IF ONLY, releases with Entangled’s Embrace line on March 24!