Getting the Call: Olivia Hinebaugh

What happens if you get an agent, but it doesn't work out? You get your butt right back out there. Which is exactly what Olivia Hinebaugh did! I'm so happy to share her bright, sparkling new story. What a great way to move on for this classy lady after a big disappointment. And pay special attention to her advice in the last paragraph! 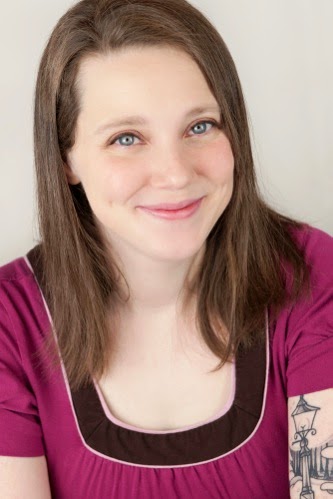 Hooray! I have a Getting The Call story!

Rewind to October 2013. My second completed manuscript PLAY IT COOL, CLAIRE was doing fairly well in queries but I hadn’t nabbed an agent after 6 full requests and a handful of partials. A short time later, I signed with an agent and realized before going on submission, that it wasn’t a good fit. So I left. And at the beginning of 2014, I was starting from square one.

In February I finished my third manuscript LEAVING PEACESYLVANIA. I did the CP thing and the beta thing and I had written a query letter, a twitter pitch, a 100 word pitch, a 35 word pitch. I was going to do two contests in March and sort of see how it was doing before querying in earnest.

Fast forward. I not only made it into the agent round of Pitch Plus 1 on Adventures in YA publishing, I got 2 full requests out of it and I won. (Holy freaking, cow, that was a good day.) So I sent a couple queries out to my tippy top choices because in case one of those requests turned into an offer, I wanted to have reached out to everyone I thought might be a good fit.

Then I entered Brenda Drake’s Pitch Madness and made it into the agent round there. (Hooray!) I was on Becca Weston and Marieke Nijkamp’s team. And I had 2 more fulls out from queries. So I had 4 fulls out total and I got another request on Pitch Madness.

And I realized then that I needed to get my last few queries out. I was lucky enough to have a referral from a CP. I was able to send the query to her agent directly.

Are you ready for some awesomesauce? I queried said agent. (We will call her Awesome Agent.) And Awesome Agent immediately wrote back saying she took referrals seriously and wanted to see the full manuscript. WITHIN 1 HOUR OF SENDING THE QUERY. A few hours later Awesome Agent had downloaded the file and told me she looked forward to reading. THE VERY NEXT MORNING (no seriously, cue the freakout) she emailed me and said she had read the entire manuscript in one sitting and wanted to talk.

And when we talked, it was awesome. She was clearly enthusiastic. It checked a lot of her boxes. It even fit one of her #MSWL tweets from earlier in the year. She had some great editorial suggestions.

So I nudged. And everyone I nudged was super nice. Although, let’s face it, nudging is nerve-wracking. In my previous experience on my last manuscript, everyone I nudged stepped aside. And I was totally okay with that, because Awesome Agent was, well, awesome.

An hour after I sent the nudge I got an email from another agent. We’ll call her Outstanding Agent. And Outstanding Agent basically said: “rats! I was going to offer and I can’t believe someone beat me to it.” I read that email, like a dozen times. Her enthusiasm was also apparent. She said she was going to finish her close read and call me the next day.

I heard back on quite a few nudges. 1 Super Agent said she would have offered an R&R but understood why I’d jump on an offer. Another passed because she was out of the country. I read and re-read Dahlia Adler’s blog poston nudging. And I couldn’t believe this was my life.

Then I talked to Outstanding Agent. I was skeptical that she could top Awesome Agent. Seriously. I had really high expectations. Since I had an agent before and it hadn’t worked out, I was really clear on what I was looking for. And somehow, Outstanding Agent completely wowed me. We talked on the phone for a long time. (A long long long long time. Like two and half hours long.) Her editorial suggestions resonated even better with my vision for the book. She was really confident she could find it a publishing home. And I just really liked talking to her. But she knew I had another offer on the table. And I was waiting on a two agents who were still reading and a couple other queries and other loose ends.

That week...was slow. And I fretted a bit about my decision. I would have been happy with either agent, but my gut was saying to go with Outstanding Agent. The day before I was going to accept the offer, one last agent said she wanted to talk to me!

I fretted even more. When I spoke with that agent, she just didn’t meet the enthusiasm of the other two, so it was a short call. And it was really weird for me to say “thanks, but no thanks.” Because this agent was awesome too! Sigh.

I had to send a very sad and difficult email to Awesome Agent. (This was really really hard!)

And then there was even more rejoicing! So now I am represented by Carrie Howland at Donadio & Olson. She is lovely. And her clients love her. And she sells books. And I loved chatting with her on the phone and she was enthusiastic about all my projects. What more could you want?

The takeaway: do contests! If you can get a referral from an existing client: great! And know what you want. Don’t query agents you aren’t super enthused about or that might not be a good fit. You want someone on your side who is as enthusiastic as Carrie or Awesome Agent.

Bio: Olivia Hinebaugh is a write-at-home-mom of two. When her babies are sleeping and she isn’t writing parenting articles for Mothering Magazine (or neglecting her messy house) she can be found dreaming up Young Adult stories. Baby snores and clacking keyboards are her favorite sounds. Visit her website! And if you are in the DC area, she would love it if you would check out the production she is performing in later this month: This Is My Brave. (If you aren’t in the area, check out all the great work the non-profit behind the show does.) And for the love of all that is caffeinated, please follow her on twitter. XOXO