SUBMISSIONS are CLOSED one day early due to reaching 225!

The Query Kombat submission window will open at noon EDT on Thursday, May 22nd. Below is a refresher of the submissions guidelines. Please, please follow them.

Entries sent before the submission window opens will be deleted unopened. Entries that don’t follow the guidelines will also be deleted (though we might be nice and let you know you need to resubmit). Knowing how writers worry, confirmation emails will be sent to ensure we got your submission and it didn’t end up in Mordor. If you don't receive an auto-response within one hour of sending, tweet me @RavenousRushing and I will investigate 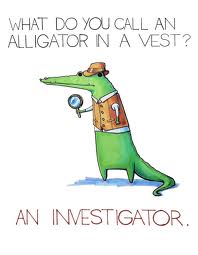 You should know that Michelle, SC, and I have very different tastes, so that should insure a large variety of entries make it in the tournament.

Now, on to the fun stuff.

Listen close, because things have changed from last year. To minimize the workload for the judges, we will use only eighteen of our twenty-seven judges for the first round. Each blog (there are three) will have six designated judges commenting and voting on each match-up hosted on that blog. That being said, any of the other judges can swing by to cast votes and leave comments. It's completely up to them.

Since the kontestants get to invent amazing nicknames, naturally the judges want one, too! To recognize our wonderful judges and know the vote is legit, here is a list of the nicknames they have chosen:

And for the second year in a row, we sound like a cuckoo version of the Justice League--only bigger. 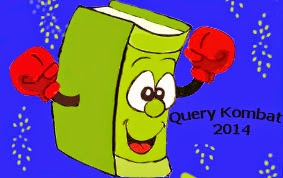 The tournament is open only to unagented writers seeking representation for complete and polished novels. Submissions for MG, YA, NA, and Adult works will be accepted. No picture books or non-fiction.

The submission window will open at Noon EDT on Thrusday, May 22nd and close at 11:59:59 PM on Friday, May 23rd, OR WHEN WE RECEIVE 225 ENTRIES. Kontestants will be revealed May 30th and the tournament will kick off on June 1st.

In order to enter the contest, you MUST follow formatting guidelines, and submit during the contest window. All entries that follow those guidelines will be considered. In the event that we receive more than the available spots, hosts will savagely raid the slush pile and attempt to snatch up all the best entries. No worries, we're more civil than we make ourselves out to be... barely. Sixty-four total queries will enter into the tournament. We will also select three or four alternates.

Note: If you make it past the first round, you may submit a revised entry. Revised entries MUST be submitted before 11:59:59 PM on June 5th Friday June 6th at noon. We will not accept late entries under any circumstance. When submitting a revised entry, please follow the original submission guideline.

Times New Roman (or default font for gmail users), 12pt font, single-spaced with ONE space between each paragraph. No indentations.

Subject line of the Email: Your name [colon] a short, unique nickname for your entry [colon] your genre (audience included). Do not skip this step or your entry will be deleted. Example:

For the nickname, make it as unique as possible so that there are no duplicates. These will be the names used in the tournament post headings, so keep it PG-13 and try to have it relate to your story in some way. Nicknames are limited to 25 characters! But it would be awesome if they are shorter.

***The four Free Pass winners should include “Free Pass” after their genre in the subject line to ensure their spot.

In the body of the email (bold where bold):

But those regrets don't last long when Death volunteers to be his life-coach.
Given a new body and one more year to live, Damien seizes the opportunity to reinvent himself. Forbidden by Death from making contact with his old family, he knows the trek will be hard, but he's happy to leave behind the pressures of his old life.
Until his brother attempts suicide.
The only way to save his brother is to break Death's rules, and Damien finds himself stuck between who he was, and who he wants to be. With a life any kid would kill for, he has an impossible choice before him—don his cape and die for his brother, or hang it up and finally live for himself.

Only include the meat of your query. No bio. Queries may be up to 350 words, but 250 is strongly preferred. Names and email address of Kontestants will not be posted.

(Don't include the chapter title and please, don't stop in the middle of a sentence.)

All queries submitted are FINAL. We will not edit them in any way, shape, or form. Please read, reread, and rereread your submission before you hit send. Unless you make it past the first round, you will not have an opportunity to edit your query or first 250 words. You have several days to polish your work. Take advantage of it. Competition will be fierce.

Put on your thick skin and get those submissions—Ready! Set! Go at noon May 22nd!