This time last year, Stephanie Wahstrom was a Kontestant in Query Kombat. (See her entry Champagne and Hot Dogs here.) Now she has a two book deal and an agent! Her book, The Accidental Socialite, was recently released. I can't tell you how happy I am that Query Kombat had a small part in her success! 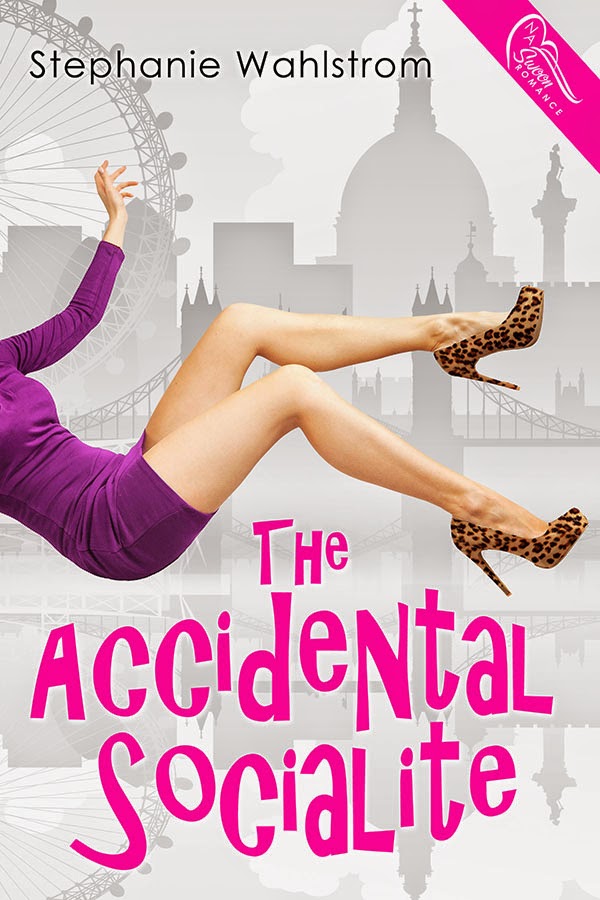 Quirky and clumsy twenty-two-year-old Paige Crawford arrives in London on a cold Saturday in January. Just when Paige starts to think that moving thousands of miles away from home with no real plan was a bad idea, Jason Frost appears. Confident and classy, Jason is the complete opposite of Paige and just what she needs in her life, or so she thinks.
But before their romance has time to blossom, Paige trips and falls into the arms of a mysterious man on a drunken night out. She’s snapped by paparazzi, and newspaper headlines the next day suggest that she’s having an affair with a married footballer.
Paige finds herself instantly elevated to tabloid celebrity status which isn’t exactly a picnic, particularly when trying to juggle her new job at Fashionista magazine, a catalog of dating disasters and a nagging doubt that she maybe she can’t conquer London after all.
When a trip back to Canada for Christmas reminds Paige why she left her old life behind, she returns to London with renewed vigor realizing that while jobs, flats and men may come and go, friends in London are forever.

When I started writing my book almost 3 years ago, I never thought I'd see it in print.  Writing a book is one of the hardest things I've ever done, especially when you are still starting out because there isn't a publisher there to say, hey we loved the first book so much, here is more money and a deadline to write the second. There is no motivation to keep doing it and sooo much motivation to quit. So for me, anyone who has written 80k ish words in a row that mostly make sense is a hero and a success because I know how hard that is. Snap cups all around.

Once my book was 'finished' I started to query with no success because it really needed editing. I stopped querying, did an edit overhaul and then started querying again. But the whole thing felt overwhelming. I was scared they would all tell me what I was already telling myself in my head: this is a terrible book.

So, I started entering competitions. I felt more comfortable with it because I didn't feel like I was bugging an agent or wasting their time. If they liked it, they could request it and they were there looking for books.

Pitch Madness helped me find the heart of the story which then helped me get into Query Kombat. That's where the value of comments came in. The only people who had read the book up to that point were my friends and nobody would tell me anything but, Oh, I love it! I loved them too, but what I needed was real feedback and I got that in Query Kombat. My mentor helped me hone my first 250 words and the query letter (which really needed help). Another turning point was one particular comment that mentioned the character felt younger than 25, the age I made her because I stupidly read somewhere that books with characters between 18-25 didn't sell.  Spoiler alert, they do and are called New Adult.

I changed my MS, cried through a further bazillion rejections from agents and then entered one final comp before I was going to quit. That comp was PitchMas and in the end I ended up with 4 requests from PUBLISHERS.

Even though in the end I had 3 offers to deal with, I still had further rejections from agents, which was still pretty depressing. But the yes I got from my agent Stephanie Thwaites at Curtis Brown (and subsequently Tina Wexler at ICM as a co-agent) was the right one and I figured that's why I had so many nos.  Just like signing with Swoon Romance was the right decision for North America. You need people around you and the book that love it because the actual being published road is a bumpy one. It was late nights writing my second book (THE ACCIDENTAL NEW YORKER - out later this year) and guest blog posts, edits for the first book, my bio and all that extra stuff that didn't even cross my mind when I was writing THE ACCIDENTAL SOCIALITE alone at 2 am. But it was all worth it because I was going to see my dream come true.

Stephanie, the super agent she is, also got me a UK (incl Australia, New Zealand, South Africa and India) deal with Piatkus Entice (a division of Little Brown).

IT WAS ALL HAPPENING! The launch date was pushed back from February to do a global release and on April 15th 2014 I woke up a published author. I had a book launch party where I had a cake with the book on it and got to wear my sparkly Jimmy Choos I'd been saving for the occasion. I still can't believe it all happened. When I walk by my bookshelf and see my book next to Margret Atwood and Helen Fielding I tear up a little.

Things keep going and I'm now prepping for more PR and the release of THE ACCIDENTAL NEW YORKER. I've also written a short story being included in a summer beach reads anthology called SUNLOUNGER 2 along side some mayjah writers. If someone had told me this would be my life in one short year from the day I entered Query Kombat, I wouldn't have believe them! Keep going because dreams do come true! 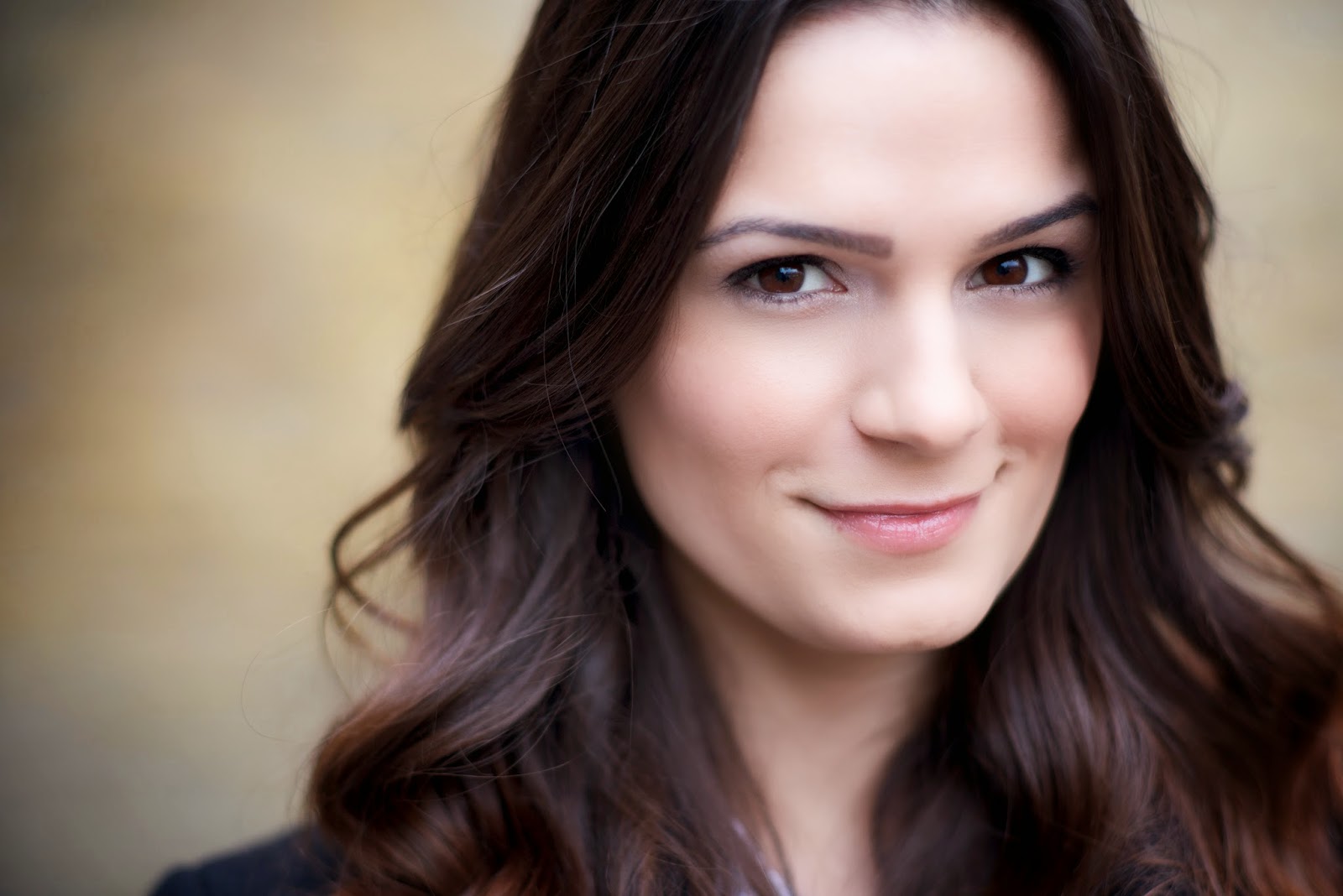 Growing up in Edmonton, Canada, a significant amount of Stephanie’s time was spent making up and acting out stories. She graduated from the University of Alberta with an English and Sociology degree and she also has a Bachelor of Motion Picture Arts from Red Deer College. She moved to New York on a whim after University and has written a variety of TV shows including an environmentally friendly lifestyle series and a tween magazine style show about celebrities. Stephanie moved to London in 2008 and aside from being obsessed with Eggs Benedict, shoes, Fruit Roll Ups and traveling, she also works in children’s television. THE ACCIDENTAL SOCIALITE is her first novel starring Paige and Lucinda and is out now. The follow up, THE ACCIDENTAL NEW YORKER is due out later this year.