Not everyone is lucky enough to attend fan conventions. Susan Sipal is here to tell us a little about what it is like and how an author can benefit. Sounds like fun! 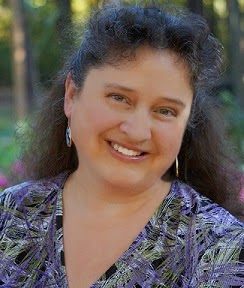 There comes a time in many newly-published authors' careers when they have to choose – am I going to attend the same writers' conference that I've been going to for years? Or, am I going to break out and sign up for that crazy fan convention I've been hearing so much about?

For authors, making this break and attending a fan conference for the first time can be like stepping into one of the alternate dimensions we create. Whereas a writers' conference will be filled with other writers like yourself, intent on making connections and learning how to craft a book, fan gatherings are filled (quite often) with young readers who are all about living those books…making the fantasy come alive (if only for one weekend). 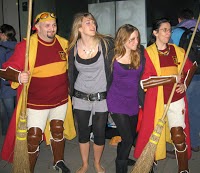 As an analyst of J.K. Rowling's Harry Potter series, I've attended numerous fan gatherings over the last decade, both in the US and London. My first experience was with a Harry Potter fan symposium held in Salem during the month of October in 2005. To be in Salem in October was enough of a culture shock for this Southern girl, but adding a Harry Potter fan conference on top…incredible.

Since then, I've been to many more. Some more academic and some totally for fans. A couple have been based around major release parties (I was lucky enough to present at one in London for the release of Deathly Hallows!), and one around the opening of the Harry Potter theme park in Orlando. While each had its own flavor, they still had a lot in common.

I'd like to share some of what I've learned about how to attend and enjoy these special events. Note, although my experience comes from (mostly) Harry Potter gatherings, there are all sorts of fan gatherings, some that incorporate many fandoms.

Shift Your POV- As I said above, a fan convention is a unique experience. You need to brace yourself for a totally different atmosphere. Don't think professional. Think fun. Loads of it. The more you're able to get into the spirit of the festivities, the more benefit you'll get from the conference. I'm not saying be unprofessional, just don't be uptight. If they have a midnight ball…go and dance. If they're teaching defensive wand techniques…pick out a wand and give it a wave.

Dress the Part- Forget the pantsuit. Many fan conferences are all about the cosplay. If you really want to get to know the fans and participate, you're going to need to dress the part. Of course, you shouldn't be forced into something that's totally not you, but perhaps a Gryffindor scarf could liven up your otherwise boring pantsuit. Better yet, pick out an unusual character, plan a smashing outfit, and participate in the costume contest.

Bling Your Swag- For a fan convention, ditch the paper (probably a good rule for a writer conference as well). Marketing material that's just a piece of paper is probably going to end up in the recycling bin. Instead, check out simple personal items that you can brand with your book title and website. Perhaps a colorful wristband or a sticker for cell phones or buttons jackets and backpacks. Whatever will appeal to your target reader group. Usually, the more colorful or with something eye-catching, the better.

Know the Fandom and Contribute- Fans will be able to sense if you're just there to promote a new release or if you really get the fandom. Try your best to target fan gatherings where you can…you know…be a fan. Then, find a way to contribute to the conference experience. Many fan conventions also include a writer's track. It makes sense – book lovers are often book writers. You'll have to apply early, but offer to present a workshop. Or, you can organize a panel, volunteer for programming, or provide critiques for young writers. The more you participate the more fans you'll get to know and the more they'll get to know you.

Booksigning or Vendor Table?- Some conventions open with a major book signing that you'll want to sign up for months in advance. If this is not an option, almost all will have a market area where you can rent a vendor booth. If the conference is large enough, and within your target audience, this can be quite profitable. 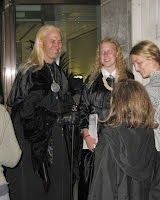 Bottom line -- if you want to let loose and have fun with people who may actually read your book, a fan conference is the way to go. If you're more interested in making connections with other writers and pitching to agents and editors, then writers' conferences are great. But if you're at the stage where you're ready to get your book into the hands of readers and connect with fans…make the break! And send me a picture of your cosplay!

S.P. Sipal (Susan) is an author, editor, and Harry Potter analyst. Author of A Writer's Guide to Harry Potter, she's presented dozens of workshops at fan conferences in the US, UK, and online. Her upcoming release, Southern Fried Wiccan, a YA contemporary, will be released from BookFish Books on March 24.

Susan tweets at @HP4Writers, blogs at SPSipal.com, and is Craft Editor at AdventuresinYAPublishing.com. She will be teaching Harry Potter for Writers starting March 16 at SavvyAuthors.

Cilla Swaney is thrilled to return stateside, where she can hang up her military-brat boots for good. Finally, she’ll be free to explore her own interests—magick and Wicca. But when she arrives at her grandma’s farm, Cilla discovers that life in the South isn’t quite what she expected. At least while country hopping, she never had to drink G-ma’s crazy fermented concoctions, attend church youth group, make co-op deliveries...or share her locker with a snake-loving, fire-lighting, grimoire-stealing Goth girl…

…Who later invites her to a coven that Cilla’s not sure she has the guts to attend. But then Emilio, the dark-haired hottie from her charter school, shows up and awakens her inner goddess. Finally, Cilla starts believing in her ability to conjure magick. Until…

…All Hades breaks loose. A prank goes wrong during their high school production of Macbeth, and although it seems Emilio is to blame, Cilla and Goth pay the price. Will Cilla be able to keep the boy, her coven, and the trust of her family? Or will this Southern Wiccan get battered and fried?
SOUTHERN FRIED WICCAN is available for pre-order on Amazon. You can also find a preview on Goodreads.