Getting the Call with Natasha Raulerson

Some of you may have seen a writer dropped out of Sun versus Snow just before the agent round because they got an offer. Their entry was actually picked by Amy Trueblood. This is that writer's story! Congrats to Natasha! 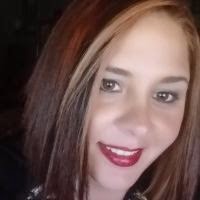 I may be the first person to ever get the agent call during a candle lit dinner at the Melting Pot.

They’d given us a private booth in the back corner for our anniversary, complete with curtains, flowers, and a teddy bear. Of course, I don’t think that stopped the patrons sitting in the main area from hearing my squeal of delight when I realized I had a missed call from Laura Bradford.

I should clarify that I wasn’t expecting a call. Sometimes, agents just call. Which is cool. Unless you’re like me and you miss it.

That’s right. Those words are correct.

I MISSED MY AGENT CALL.
No biggie, right? I mean, I just need to call her back. The message requested I do so within forty-five minutes or else, Laura would be at an appointment.

First of all, I have the greatest hubs ever. I’d been warring back and forth as to whether it would be appropriate to call her back during our anniversary.

The hubs looked at me like I was crazy and told me I better damn well call her back!

After listening to the voicemail, talking with the hubs, and assuring the server I was not some crazy
chick escaped from a mental institution, I go to call Laura back—only to realize it’d been forty-five minutes since she called.

From there it turned into an email and we got in touch the next day—after a Bluetooth malfunction that caused the radio to blare right into the speaker of my phone—where Laura was trying to hear me. I posted all about those details on my blog, so here, I want to talk about what happened when we FINALLY got on the phone.

For the record, I was on the phone outside of Froggy’s Playhouse because I was supposed to be attending my baby cousin’s birthday.  I took notes on an orange folder I found in my car with a pen from the center console. Honestly, I went prepared, but the timing of the call coincided with all my preparedness being out of reach.

There’d been many blunders up to this point, but Laura was just amazing and understanding. I tried not to sound like an idiot while I spoke with her. My mouth went dry and my embarrassment did not go down as I’d hoped.

We talked about Redemption, the direction of the novel, edits, and other projects I’m working on.  I swear all my responses were probably idiotic. I felt like the kids inside Froggy’s, jumping in bounce houses with no direction.

Somehow, I managed to be cordial and professional, thanking her and going through the details of what that would entail. In my head though, I’m pretty sure two brain cells were high fiving each other in a way that would make ‘The Todd’ from Scrubs proud.

I knew as soon as I hung up the phone, Laura was the agent I wanted to go with, but I didn’t even have time to process any of it because I walked into Froggy’s to a birthday with over fifteen kids. I got to tell the hubs I got an offer before being tackled by the now 5-year-old birthday girl.

Six hours later, I finally got to go home, process this, and maybe, just maybe I screamed loud enough to wake the neighbors.

The moral of the story: Agents are humans too. They understand when things happen.
I don’t know if I have the most blundered call story in literary history, but I was lucky enough to get the call from an agent that understands life happens. I’m grateful, blessed, and so excited to be a Bradford Babe.


Born in Florida, Natasha has lived in the southern sunshine state her entire life. A student of literature at Florida Atlantic University, she always enjoys reading a good book--especially by the pool during the hot, humid summers. She’s also the founder and host of Whiskey, Wine, & Writing—a webcast and blog dedicated to the writing community as a whole. When not writing she can be found binging on TV shows and movies with her husband, while their two pups steal the blankets.
Posted by Michelle 4 Laughs at 7:00 AM