This is the first interview with someone who focuses on foreign and other subrights. Thanks to Jess Dallow from New Leaf for giving us her query opinions.


Is there a better or worse time of year to query?
Around Christmas is hard because publishing shuts down, but other than that, it doesn’t really matter. We are always going through queries and looking to find new material.

Does one typo or misplaced comma shoot down the entire query?
Nah, not for me. Of course it’s something to be aware of, but if the story sounds interesting and I want to know more about the characters, then that’s all that matters to me.

Do you look at sample pages without fail or only if the query is strong?
It’s a difficult question, because query writing is such a different – and often a much harder – skill for some writers. I need something in the query to grab me, even if it’s not the best written. A couple of months ago I got a query letter I didn’t quite understand, but I was also intrigued by it, so I read the pages and requested it. Of course I would prefer for it to be strong, but if something grabs me, I’ll read the pages and check to see if I’m drawn into the world.

Do you keep a maybe pile of queries and go back to them for a second look?
I’ve definitely gone back to a few for a second look, but generally, if it doesn’t grab me right away, I know instinctually it’s not for me.

If the manuscript has a prologue, do you want it included with the sample pages?
Yes. If there’s a prologue, I feel that the writer is including it in the novel because it’s important to the backstory. When I start that first chapter, I want a taste of that. I want to know who the character was before and where they are now.

Some writers have asked about including links to their blogs or manuscript-related artwork. I’m sure it’s not appropriate to add those links in a query, but are links in an email signature offensive?
No, I don’t mind if it’s in the signature. If I finish reading or need a break and see them, I’ll click it to check it out. I actually love artwork about manuscripts or little extra things that aren’t included in the manuscript, so sure, add it into the email signature!
What bio should an author with no publishing credits include?
Tell me a little about yourself. If you’re in school, tell me what you’re majoring in. If you’re working, what you do for a living? Tell me a ridiculous fact about yourself. I like having a sense of the writer, not just the story.

Should writers sweat the title of their book (and character names) or is that something that is often changed by publishers?
I think the title should still be intriguing and catchy, but there’s always a chance it’s going to change (once, twice, a few times before publication!) The first priority should always be to make sure your characters are relatable and intriguing, your pace is moving at a good speed, and your story is strong. I wouldn’t reject something because I disliked the title or a character name didn’t work.

What’s the strangest/funniest thing you’ve seen in a query?
I love mysteries and serial killer characters, so my boss passed a query to me where the writer wrote the query as his character…but there were also some facts thrown in there about himself, so we weren’t entirely sure if this was a non-fiction story of a serial killer, or fiction where the person was getting creative. It was one of the ridiculous moments where we wondered if we were supposed to contact the police or just chalk it up to a weird query. It made me realize that no one should ever write their query in character!

What themes are you sick of seeing?
I’m not a huge fan of the weak woman needing a man to come to her rescue. I am all about a great romance, but I’d love to see them balance each other out. I’d love to see a woman save herself.

What does ‘just not right mean for me’ mean to you?
It usually means that I didn’t connect to the character in the way I was hoping. When I look for material, I want to get so lost in the story that I forget it’s not real. I want to come out of a novel feeling like these people are real to me and I want to miss them when I’m not with them. If I don’t connect on that level, then I know it’s not the right story for me personally.

Do you consider yourself a hands-on, editorial type of agent?
Yes, definitely. I love being able to delve into a story and give notes on it. It’s one of my favorite parts of the job.  I have such a good time seeing that bigger picture.

What three things are at the top of your submission wish list?
1. Female-centric friendship stories! Either taking place over the course of the entire relationship or something that can show how inspiring women can be to each other. I am all about ladies supporting ladies and I would really love to see that message more in novels. It’s always interesting to me how friendships can change over the course of years, but how certain people are still there for you no matter what. The movie Beaches is my favorite example of this. Something along those lines is wonderful, but with a new and interesting side to it.
2. A great serial killer novel. If it delves into the psychology of the character, that’s even better. There’s something fascinating about how some seemingly normal people can be hiding these psychopathic tendencies.
3. The trials and tribulations of a family, something along the lines of This is Where I Leave You. There are so many intricacies in families, so many things that are hidden from the outside world, and I love seeing how an author can mold that. Even if I haven’t been through the situation, I want to feel like I can relate to it. 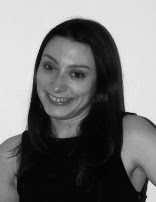 Before moving back to her home state of New York, Jess Dallow spent eight years working at a talent agency in Hollywood. Deciding books and cold New York winters were more her speed, she became an intern at New Leaf before being hired as a subrights assistant. In her spare time, Jess can be found at either Sprinkles or Chipotle, stuffing her face with cupcakes or guacamole (thankfully, not together).