This agent has recently opened her own agency. Jennifer Azantian is now her own boss at the Azantian Literary Agency.

First off, thank you so much for having me and for asking such great questions!

Is there a better or worse time of year to query?
The best and only time to query is when I'm open to submissions. If I'm open, then I'm actively looking and excited. I respond to every e-mail that follows my guidelines and is sent during that period.

Does one typo or misplaced comma shoot down the entire query?
Definitely not, but I'm also human and you never really know the psychological ramifications of things like that. An error in the first line(s) can set a less-than-stellar mental tone.

Do you look at sample pages without fail or only if the query is strong?
I do check sample pages without fail, even when I'm 98% certain the project isn't for me based on the query. I have this incredible desire to make sure the author isn't this brilliant writer that I'm going to miss out on. Because of this, I occasionally invite authors to query me with future projects for special consideration.

Do you have an assistant or intern go through your queries first or do you check all of them?
I go through all of my queries first and then will reach out to second-readers or interns once I'm more sure about a project.

Do you keep a maybe pile of queries and go back to them for a second look?
Yes, I do. It's been a very helpful tool for me to get that bit of space and also be able to go through queries more efficiently.

If the manuscript has a prologue, do you want it included with the sample pages?
Yes, I do. With that said, I encourage every writer to really evaluate if they need a prologue. I enjoy prologues and always read them in published works, but I think it's incredibly difficult to do well.

How important are comp titles? Is it something you want to see in a query?
I know many agents love them, but I'm fairly neutral about them. If they are included and presented in a thoughtful way, they are fine, but too many times I just get names of obscure books or the biggest bestseller of the time. The best way to write a comp title, at least if you're sending it to me, is to choose well-known projects that aren't the mega-hits and to point to  specific similarities.

Some agencies mention querying only one agent at a time and some say query only one agent period. How often do you pass a query along to a fellow agent who might be more interested?
I'm the sole agent here, but I sometimes do offer referrals to other agents who are friends if I feel something is really special and just not for me.

Do you prefer a little personalized chit-chat in a query letter, or would you rather hear about the manuscript?
One or two lines of thoughtful personalization is always appreciated, but it's not necessary and anything more than that is excessive.

Most agents have said they don’t care whether the word count/genre sentence comes first or last. But is it a red flag if one component is not included?
It is for me because I assume you either aren't well-versed in publishing protocols (I prefer my clients to know about the business of writing) or you are purposefully trying to hide information that I need.

Writers hear a lot about limiting the number of named characters in a query. Do you feel keeping named characters to a certain number makes for a clearer query?
Absolutely. I recommend keeping it to as few characters as possible. Get me hooked on those characters first and the ancillary characters will be there for the long read.

Should writers sweat the title of their book (and character names) or is that something that is often changed by publishers?
I believe everything can have subtle influences. It's true that anything can change, especially titles, but it never hurts to go out on submission with a solid title and character names that reflect the world they live in.

How many queries do you receive in a week? How many requests might you make out of those?
It varies greatly between as few as 100 and as many as 300. Of those, I'll request between one and five manuscripts. Sometimes I don't request any and sometimes I request more. I don't place artificial parameters on how many projects I can request.

Many agents say they don't care if writers are active online. Could a twitter account or blog presence by a writer tip the scales in getting a request or offer? And do you require writers you sign to start one?
It won't tip the scale and I won't require it, but it's definitely nice to see writers be a part of the online community.

Some writers have asked about including links to their blogs or manuscript-related artwork. I’m sure it’s not appropriate to add those links in a query, but are links in an email signature offensive?
The links in the signature don't bother me.

What bio should an author with no publishing credits include?
Honestly, I don't think they would need any, but one or two lines about any relevant background or education is fine to include if they feel their query is naked otherwise.

What does ‘just not right mean for me’ mean to you?
Not right for me is the simplest summary of a million different micro-decisions, and I feel really badly for authors who try to analyze it. Just a few for me are: I just took on a similar project; This market feels glutted right now; The writing isn't where I want it to be; I'm not feeling some aspects of the story; I like so much about this work, but I didn't love it fiercely enough to be its champion.

What themes are you sick of seeing?
I'm hesitant to say I'm sick of any theme. Good writing and fresh twists will always be winners in my book.

Do you consider yourself a hands-on, editorial type of agent?
I am definitely an editorial agent. I give lots of feedback and often do more than one pass with my clients before going out on submission. I think it's really important to get the most polished version out there as possible.

What’s the strangest/funniest thing you’ve seen in a query?
I've seen some seriously weird stuff over the years, but can't think of one in particular that stands out. This isn't really in a query, but I've had people argue with auto-responses despite it stating at the top *This is an automated response*. It is almost always amusing.

What three things are at the top of your submission wish list?
I couldn't pick just three so here is a list of some of the things I'm looking for right now: stories that explore difficult human issues against fantastic backdrops, underrepresented voices (especially in YA and SF), quirky middle grade, historical fantasy, space opera, and meticulously well-crafted/researched epic fantasy.

What are some of your favorite movies or books to give us an idea of your tastes?
Of all the questions, this one is the hardest! I'll just list some authors that I love by age-group. The list is by no means exhaustive.

As for film/television I have odd and possibly irrelevant tastes. I definitely enjoy shows with speculative elements, but I have a soft-spot for weird comedies and ridiculous dramas. For films, I particularly enjoy psychological thrillers and children's animation. 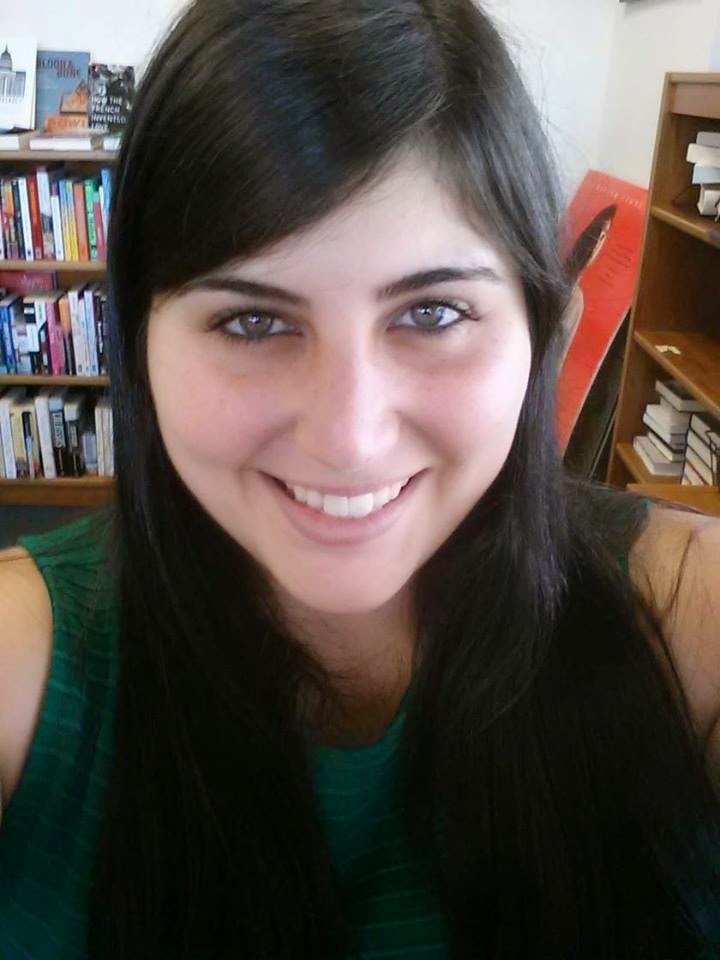 Jennifer Azantian began her agenting career in 2011, first as an intern and then as an assistant and associate, at the Sandra Dijkstra Literary Agency. In 2014, after working with senior agent and entertainment lawyer Paul Levine, she opened the Azantian Literary Agency specializing in science fiction, fantasy, and smart-psychological horror novels for middle grade, YA, and adult readers. She bring to her clients a passion for literature born of a writer's heart and an editorial eye honed from reviewing thousands of projects. Of particular interest are stories that explore meaningful human interactions against fantastic backdrops, underrepresented voices, literary science fiction, historical fantasy, non-dystopian/well-crafted futures, internally consistent epic fantasy, and quirky middle-grade.
​
Posted by Michelle 4 Laughs at 7:00 AM