Getting the Call with Kelly DeVos

This story is interesting in so many ways. It shows something about contests and how agents work together. Kelly also gives us a huge does of inspiration right before Pitchwars starts. Enjoy! 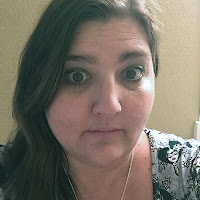 Here are the two words I would use to describe the feeling of getting the call: MORTAL TERROR.

Not that my agent, Kathleen Rushall, is at all terrifying. She is amazing and helpful and great to speak with. It was just that the stakes of this call, which would be only a few minutes out of my whole life, seemed impossibly high. Not only is Kathleen a very successful agent with a strong sales track record, I’d spent what seemed like a billion years in the query trenches. It was possible that this could be my one and only chance to make an agent connection. And it was equally possible that I could say or do something totally idiotic.

Backing up a little bit, FAT GIRL ON A PLANE, which will be published in August 2017 by Harlequin Teen (shameless plug: I will love you forever if you add it to your Goodreads TBR shelf), was not my first book. When I decided to start writing seriously again, I worked on a YA mystery. In retrospect, I can see why I wasn’t successful in landing an agent with my first book. It contained elements I later recognized as over utilized in young adult fiction and there were pacing issues I never managed to fully resolve. But I spent the better part of two years writing, rewriting, querying and re-querying it.

Once I made the decision to shelve that book and move on, I decided I didn’t want to make the same mistakes I made the first time around – especially querying way too early. To combat this, with FAT GIRL ON A PLANE I decided, early on, to enter an online contest, Michelle’s New Agent Contest. I recommend these kinds of contests, and Michelle’s specifically, to any querying writer. While contests don’t work for everyone and there are many, many success stories from conventional queries, these events are a great way to meet other writers and receive mentoring (as I received from the wonderful Natasha Raulerson). For me, New Agent was a safeguard against beginning the query process too early. I thought if I could get past the contest judges, I was probably in okay shape to approach agents.

During the contest, agent Patricia Nelson requested my MS. I had been a fan of Patricia’s for a long time. I followed her on social media and loved her taste in books. A few days after sending along my files, I got a message from Patricia saying that she enjoyed my book but felt it might be a better fit for her colleague, Kathleen Rushall.

I’ll admit, this surprised me. I’d read that, within many agencies, the agents work collaboratively. But I always thought that when agents said they’d pass work on to someone else if they believed it would be a good fit, they were giving a gentle brush off. It was the publishing equivalent of, “We’ll keep your resumé on file.” But Patricia did me an incredible favor for which I will always be grateful.

About a week later, Kathleen e-mailed me and said she’d like to set up a time to talk. I thought, “I’m getting the call! I’m getting the call!” The is where the mortal terror comes in. After I read the e-mail, I’m pretty sure I went around asking every writer friend I have what is okay to say and not okay to say. I fully charged my phone, made sure I had a back up phone, set an alarm, checked and double checked the volume of my ringtone and even cleaned my desk.

I’ve got kind of a Type A personality. I even wrote out a little script for myself so that I didn’t start blathering about my knitting projects or obsession with the TV show Pretty Little Liars.

Kathleen was so gracious during our conversation and told me what she loved about my book. It was such an amazing rush to have someone with expertise in publishing validate my writing. But as the call went on, she also began to talk about things she didn’t like about the MS or things she felt that editors would not respond to positively. I had the sinking feeling that this was not quite THE CALL. At the conclusion, she offered me an R&R.

At first I was sort of depressed, I wanted to get THE CALL. The kind where you get your agent and go out and get 5,000 cupcakes and dance all around. But I realized progress was being made and the changes Kathleen suggested made sense. I got back to work. I sent her my revised version and she liked the changes. A few weeks later, we had a for real THE CALL that ended in an offer of representation.

It’s kind of funny because I did so much prep work for the first conversation, but when I got the real call I was in the carline at my daughter’s school, waiting for the release bell to ring. My dog, Cocoa, jumped out of the car window right as I finished speaking with Kathleen. The first thing I did after landing an agent was chase my Yorkie all across a middle school campus.

In retrospect, I’m glad things progressed the way they did. When you’re out there in the query trenches, one of the hardest things to accept is that there is no real advantage to landing an agent if your work isn’t in a place where he or she can successfully sell it. So I ended up feeling very positive that my offer was based on a draft Kathleen felt good about. It was also a lesson in being patient, which I think is essential during all stages of publishing. The path to publication can be lined with long waits and delays and, during the process, patience really is a virtue.

I am so excited to say that, in 2017, my dream of becoming a published author will come true. And if you’re still querying, take heart and #keepgoing! I hope I’ll be reading your “Getting the Call” story next.

A third generation native Arizonan, Kelly deVos can tell you everything you’ve ever wanted to know about cactus, cattle and climate. She holds a B.A. in Creative Writing from Arizona State University. She is represented by Kathleen Rushall of the Andrea Brown Literary Agency and her debut novel, FAT GIRL ON A PLANE, will be published in August 2017 by Harlequin Teen.