Who Do You Write For from Bishop O'Connell

As writers we often have one eye on our intended audience as we write, even if it isn’t conscious. Like a lot of art, if you ask a writer about his book, either you or he will compare it to something else: “It’s Harry Potter meets A Tale of Two Cities.” Inadvertently, or perhaps quite intentionally, this book’s audience has been identified. It is the very small but dedicated group of readers who enjoy books about child wizards during the turmoil of the French Revolution. Most of us don’t intend such comparisons to define our intended audience, but it happens and permeates what we write. No matter your genre—including literary fiction—odds are you have a set of preconceived notions that go with your selection of an audience. 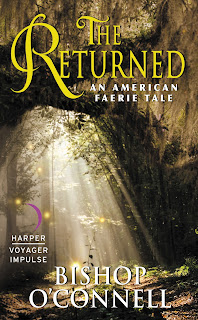 Almost a year after their wedding, and two since their daughter Fiona was rescued from a kidnapping by dark faeries, life has finally settled down for Caitlin and Edward. They maintain a facade of normalcy, but a family being watched over by the fae’s Rogue Court is far from ordinary. Still, it seems the perfect time to go on their long-awaited honeymoon, so they head to New Orleans.

Little do they know, New Orleans is at the center of a territory their Rogue Court guardians hold no sway in, so the Court sends in Wraith, a teenage spell slinger, to watch over them. It’s not long before they discover an otherworldly force is overtaking the city, raising the dead, and they’re drawn into a web of dark magic. At the same time, a secret government agency tasked with protecting the mortal world against the supernatural begins their own investigation of the case. But the culprit may not be the villain everyone expects. Can Wraith, Caitlin, and Edward stop whoever is bringing the vengeful dead back to life before another massacre, and before an innocent is punished for crimes beyond her control?

As a fantasy writer, I tend to take for granted that my readers will know that elves have pointed ears, dwarves are short and bearded, magic spells are cast by wizards, and countless other small things. I’m assuming those readers will have enjoyed other fantasy novels, particularly what is considered the canon (Tolkien especially) and thus have some context. But, our assumptions can cut both ways. Experienced fans of our genre might read in a mystical explanation to something completely mundane. Conversely, the uninitiated might be completely mystified by something that is a given to most fantasy readers. How do we as writers prevent this?

For me, the answer is simple: assume your reader has never picked up a fantasy novel before. That’s right, nothing. Nada. Zip. Zilch. This has two benefits. The first is that you prevent any confusion or frustration on the part of your reader. The second is that you’ve just opened your book up to countless readers outside your genre. That’s not to imply this is an easy feat. What is easy is to be so proud of the complex world you’ve created that you can’t wait to show your reader and you inundate her with information. In my post, Too Much Information! Knowing What to Reveal and When I went over the “how” of exposition. What I will delve into, is the “why.”

Let’s ignore the obvious: you don’t want your reader to be bored by a dissertation before getting to the story. That’s important, of course, but what I want to discuss here is the second reason. I take Ms. Rowling’s lead and assume ignorance on the part of reader and that opens my books up to a broader audience. Really, in the end, don’t we as writers want our stories to be read, and enjoyed, by as many people as possible? I certainly do. I’m sure there are those who think of themselves as purists and unless you know the arcane details you’re not “worthy” of reading the story, but that’s not for me. I want my tales to be enjoyed by anyone who picks it up, even if their usual preference is romance, mystery, biographies, printer manuals, math books, cereal boxes, newspapers, well, you get the idea. I believe if you strip out the supernatural aspects out of my novels and replace them with mundane aspects, the plot and characters still hold together. At least, that’s what I strive for. That, and no readers left scratching their heads when they’re done.

This is something all of us should strive for. It doesn’t matter if you’re writing a book about faeries, or the Founding Fathers of the United States. After all, your readers might not be American or aware of American history. See? There I just assumed the readers of this piece were mostly American. I could’ve deleted that line, but I think it serves to show all of us that we have to strive, constantly, against those sorts of assumptions. Don’t limit yourself, or your work, by not inviting someone in to enjoy it. Be a good host and make your party as inclusive as possible, and ensure each guest is as welcome as possible. I hope if you’ve read my books, you found them so welcoming, and if you haven’t, consider this an open invitation. 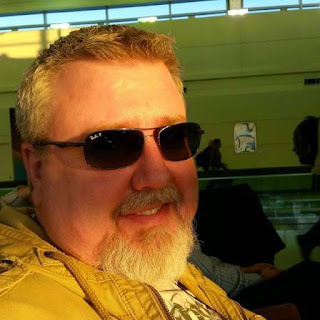 Bishop O'Connell is the author of the American Faerie Tale series, a consultant, writer, blogger, and lover of kilts and beer, as well as a member of the Science Fiction & Fantasy Writers of America. Born in Naples Italy while his father was stationed in Sardinia, Bishop grew up in San Diego, CA where he fell in love with the ocean and fish tacos. After wandering the country for work and school (absolutely not because he was in hiding from mind controlling bunnies), he settled Richmond VA, where he writes, collects swords, revels in his immortality as a critically acclaimed "visionary" of the urban fantasy genre, and is regularly chastised for making up things for his bio. He can also be found online at A Quiet Pint (aquietpint.com), where he muses philosophical on life, the universe, and everything, as well as various aspects of writing and the road to getting published.

Email ThisBlogThis!Share to TwitterShare to FacebookShare to Pinterest
Labels: writing