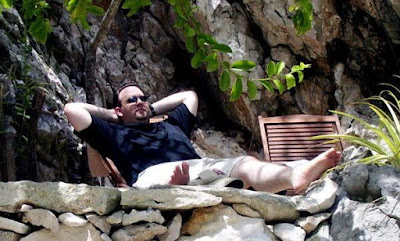 A permanent fixture at his local coffeehouse, Jason Beymer hunches over his laptop in a caffeine-induced frenzy, jowls slick with muse. He writes fantasy and horror laced with inappropriate humor. Jason worships at the feet of Ray Bradbury, and blogs at TomesandTV.com, where books and TV come together to make sweet, sweet love. 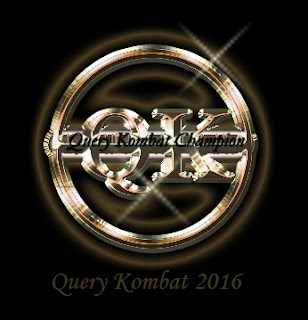 Arlen’s parents kill monsters—sirens, gorgons, and even leprechauns—then broadcast the murders on their TV show, Myth Slayers. And killing is a family business.

Ever since mythological creatures destroyed San Francisco twelve years ago, Myth Slayers has been number one in the ratings. Now the show’s stars want to retire and force the reins upon their son. But at seventeen, Arlen doesn’t want to slaughter monsters on primetime TV—he just wants to survive high school, where a quirk in his Myth Slayer blood makes life unbearable.

Arlen’s blood gives him power, but repels members of the opposite sex. He can’t even approach girls without making them physically ill. So when he finds a girl who’s not getting sick, he finally sees a chance at a normal life. Problem is, Lenora’s a siren. Worse, she’s a murderer. And Lenora hides a secret: the location of a safe filled with evidence that Arlen’s parents destroyed San Francisco, not the monsters. If opened, the safe’s contents could ruin his family, leaving humans unprotected against nightmarish creatures. Arlen’s parents want the siren dead, and Arlen faces an impossible choice: kill Lenora to bury the secret, or trust the siren and expose the truth.

Arlen Boggs hopped his neighbor’s fence and slipped past the protestors. They’d camped in front of his house again, picket signs raised. He tried to keep his footsteps light, but the rain puddles didn’t help his cause.

Two blocks, he thought. You can do two blocks without getting recognized.

The morning air chilled his neck, and he buttoned his father’s trench coat, too big for his lanky frame. Arlen wore the coat, baseball cap, and sunglasses to keep himself hidden. He hoped it would work this time.

Head down, he hurried along the narrow sidewalk. Trees rustled on either side of the street, and he glanced up at the sycamores. Nothing but windblown leaves.

A woman’s voice came from behind him: “There he is.”

Arlen turned to look at the protestors, five houses back. “Great,” he muttered.

Two of their poster boards read, “GO AWAY, MYTH SLAYERS!” and “MYTHS HAVE RIGHTS, TOO!” Despite the wet September morning, the crazy zealots surged onto the road and shouted at him.

A few months shy of his eighteenth birthday, Arlen still didn't have his driver's license. His parents never had time to teach him, always out filming their TV show. Otherwise, he would have driven himself to school and avoided the daily hate-fest.

Another tree rustled and a branch snapped.

Could be a monster.

The protestors sped up, chasing after him with their hand-painted signs.

Arlen broke into a jog. Monsters in the trees, protestors on his tail. Why were mornings so complicated?
Posted by Michelle 4 Laughs at 8:00 AM