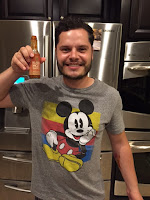 Jim O'Donnell is a father of three (the oldest being three), husband, attorney, and a soon-to-be-retired police lieutenant. If you're wondering why he'll be retired so young, it's because Will Smith is just that good of an actor. 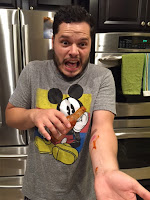 You can find Jim on Twitter @JD_ODonnell. He's also on Facebook at Facebook.com/voteODonnell. Yeah, that's right, he once ran for Congress. No one ever said he was the smartest guy in the world. (And yes, that is real hot sauce, and yes it is a real 3rd degree burn on his arm. And YES, he did get the hot sauce in the burn while taking this picture. The photographer, his wife, thought it was the best thing that's ever happened.)

Six students at Mayville High will be dead by Saturday night. Again. And again, they will begin the week over just before Tuesday's first period class. Doomed to repeat the same week until seventeen-year-old Grayson Dell decides to stop killing, the group must work through two problems: First, Grayson has no idea the groundhog week from hell is happening; Second, the victims are all jerks. 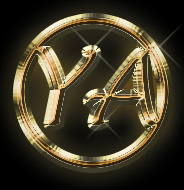 As Grayson debates whether or not to kill, some of his victims begin to see the cycle as a blessing instead of a curse, and in order to ensure it continues, they increase their cruelty to outrageous levels. It isn’t until Grayson’s once-most-brutal tormentor and member of that group treats him as a fellow human that signs of a possible end to the cycle begin to appear. Now with the help of his old adversary, Grayson must steer clear of his other victims and all their evil plans in order to find the therapy, medications, and friendships he needs. Otherwise, he will be forced to endure the week before prom forever, corsages, limos, improvised-explosives, and all.


Although the manuscript is narrated by a second-person voice in Grayson’s head, his is not the only story being told. Since Grayson is unaware of the temporal loop, so is the voice, leaving the reader to only feel the presence of the loop through Grayson’s interactions with the group of students he kills. While Grayson’s outlook resets with each chapter, the group members’ memories continue across the length of the manuscript, allowing their individual outlooks and attitudes to evolve, or in some cases, devolve. These secondary arcs are as seen by the voice in Grayson's head who keeps saying "you" when any rational, reliable narrator would clearly just say "I."

You tell yourself today will be different. Maybe it will. The lockers are the same sick, pale blue as yesterday, the linoleum floors still shine with same pungent cleaners that have been disintegrating nose hairs and SEAL-Team-Sixing brain cells for all four years you’ve spent in this school. And your classmates – if they’ve changed anything other than the color of their hair, it’d be tantamount to Chris Hemsworth intentionally eating a carb.

That pale blue used to be your favorite color before your wardrobe and your attitude took an about-face to the dark side. The chemical glint and nauseating smell from the floor is fading with each sneaker’s squeaking step. And those people – the juniors, sophomores, freshman, even your classmates – they all could –

Your head snaps against a locker so hard it’s unclear whether the high pitched hum ringing in your ears is just a sudden bout of tinnitus or if the blue painted metal is actually screaming back at you. You try to pull away and see if the locker’s door was repainted red, but the hand that put you there doubles the pressure from its sweaty palms, digging the blunted and jagged ends of chewed away nails into the back of your head and your left cheek.

You stop struggling before you start. Today will be no different. Why would it be? Embarrassment is the baseline of high school, and pain is just a reminder you haven’t left yet.