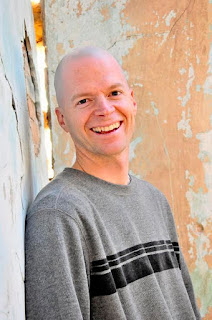 Chad Morris is the author of the futuristic Cragbridge Hall series: The Inventor’s Secret, The Avatar Battle, and The Impossible Race. Chad grew up wanting to become a professional basketball player or a rock star. (Inspired by Animal from The Muppets, he has been banging on drums since he was eight years old). Though neither of those plans quite panned out, he has worked as a teacher, curriculum writer, comedian, and author. You can learn more about him and his books at www.cragbridgehall.com or www.chadmorrisauthor.com. 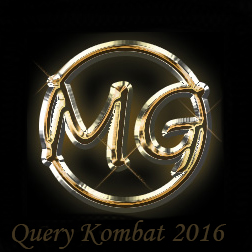 Towering over even the adults at Taft Elementary and the only 6th grader with a 5 o’clock shadow, Gordo is known for toppling kids in the lunch line like dominoes (Ga-pow!) and stealing entire trays ofJello (because he only loves two things in life: Jello and poetry). But nobody ever calls him a dorkisaur because nobody really talks to him at all.

One day a man not only talks to Gordo, but actually compliments him and invites him to join the Henchman Company. Gordo, though the youngest henchman, is a natural at all of it: giving evil glares, maniacal laughter, trash talking, throwing large kitchen appliances, and not thinking too much. He’s thrilled about his first job until he figures out that his boss is an evil mastermind trying to hook the internet up to his own brain. If successful he will be able to control a secret government robot army and a flying spaceship the size of a city. This creepoid is going to bully his way to world domination. Suddenly, Gordo questions his career path.

When the other henchmen get wind of his change of heart, Gordo finds out what it feels like to be the one being bullied. With total human annihilation on the line (and the fate of all gelatin desserts), Gordo decides to use his size and skills for good. This villain is about to get Gordoed.

Gordo Vanderhough lumbered into the cafeteria past dozens of other hungry kids. He headed straight for the front of the line but no one called out, “Hey, what do you think you’re doing?” No one chided, “You can’t do that.” And nobody even thought of saying, “Get to the back of line, you baboon-faced dorkisaur or I’ll kick you in the teeth.”


They didn’t say the last line for several reasons. One reason was that no one at Taft Elementary could kick high enough to reach Gordo’s teeth. It would require an amazing jump, a ladder, or a trampoline. Maybe even all three. But the most important reason was that no one dared say anything remotely threatening to Gordo Vanderhough.

Gordo was officially the hugest kid at Taft Elementary. In fact, he was the largest person—period. Though he was a sixth grader, he towered over the teachers. He was also as wide as a buffalo—the big kind with burly shoulders and a mop of dirty fur on its head. Plus, if you looked really close, Gordo’s chin had the stubbly beginnings of a beard. His nanny told him to shave every other day, but she only spoke Polish so he couldn’t understand a word she said. To him, it sounded like she was telling him to sing songs about shampooing zebras. And that didn’t make any sense. Needless to say, Gordo didn’t shave, or sing songs, or shampoo zebras.
Posted by Michelle 4 Laughs at 7:59 AM