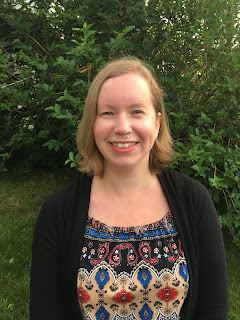 Ann M. Miller writes adult and young adult fiction, and enjoys a wide range of genres including romance, mystery, and Sci-Fi. Born and raised in Halifax, Nova Scotia, she now lives in windy (but beautiful) St. John’s, NL with her husband and son. She can usually be found glued to her laptop writing or revising, with her two lazy dogs for company. She has an unhealthy obsession with Han Solo, an addiction to Belgian chocolate, and is a sucker for Sinatra tunes. The first draft of The Absence of Butterflies was written during National Novel Writing Month.

Will Kavanagh is the only one who knows the truth about the drug overdose that killed Christy Talbot. Not that he’s telling. The world famous actress may have starred in the film adaption of his novel, but that doesn’t mean he wants to go to jail for giving her illegal drugs. Troubled by a mounting sense of self-loathing and guilt, Will returns to the only place he has ever felt something other than lost: home. Not that everyone in town is rolling out the red carpet for Cherrington’s prodigal son—especially not his former fiancée, Jessica Locke.

Following the unexpected death of her father, Jessica needs something—anything—to keep herself busy, and fixing up a property for Will’s mother sounds like just the ticket. The only hitch is her ego-fueled ex-fiancé is back—the one who left her in the rear-view mirror on his way to literary fame in NYC. Will is the last person Jessica wants to talk about, let alone see. The trouble is, she never could resist those piercing blue eyes and tortured writer’s soul. It isn’t long before things heat up between them once again. 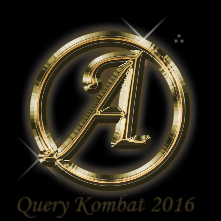 Each dealing with death in very different ways, Jessica and Will navigate conflicting emotions and their undeniable attraction to find something worth saving. Too bad Will, haunted by the knowledge of how Christy died, isn’t exactly relationship-ready. Neither is Jessica. She knows Will is hiding something and she’s determined to find out what.

Then Will realizes that unless he’s willing to reveal his secret to Jessica, fast, he could lose her trust—and her love—all over again. Because, as it turns out, Will isn't the only one who knows the truth behind Christy’s death.

When Will Kavanagh stepped out of the coffee shop, his eyes were drawn to the bookstore window like a magnet.

Just get back in the damn car, he commanded himself.

But his legs seemed to move of their own volition, taking him over to the book display. He would have recognized those red and gold splashed covers anywhere. Bold black letters at the top of each one proclaimed Now a Major Motion Picture. Underneath was a snapshot of the two main stars. The one on the right gazed back at Will, her full lips curved in a wide smile. His gut twisted into knots of guilt.

As he stood transfixed on the sidewalk, the world around him faded away. He didn’t see Christy Talbot with her arm around her leading man. Instead his mind burned with the image of the actress as she lay sprawled on the floor next to an upended pill bottle, her eyes empty. Those eyes had haunted him every day for the last two months.

The voice made him snap back to the present. A man stood beside him, holding out the bag that contained Will’s bagel. “You dropped this.”

“Hey, don’t I know you from somewhere?”

He strode back to his BMW. With a tightness in his chest, he drove past the downtown stores, this time making damn sure his eyes faced forward. He needed another reminder of Christy like he needed a hole in the head.
Posted by Michelle 4 Laughs at 7:57 AM