Getting the Call with Lara Rectenwald

One of our first success stories from Query Kombat is for a very popular entry that made it to the fourth round. I'm sure you remember Lavender Marriage the Adult Co-Champion. This just goes to show that it only takes one query to turn the tide of rejections! Obviously several contest hosts saw how great this manuscript is and eventually the right agent was reached! Congrats, Lara! 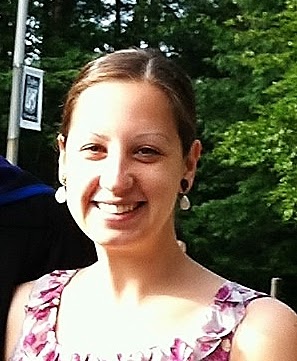 Thank you so much Michelle, Mike and SC!By the time I finally decided to write this book, I had been thinking about the story for ten years. I had originally conceived of the idea as a piece of ballet choreography while in college. At the time, I didn't have the courage to execute the idea and so it followed me around, stuck in the back of brain. In September of 2013, I decided I needed to get this idea out of my head for good, so I sat down and started writing. It was the first thing I had ever written and I finished the first draft in four months.By February of 2014, I decided that after one full draft revision it was ready to be queried - it wasn't. The first 40 queries were not productive. At the end of April, I stumbled on Pitch Slam and decided to enter. It was a great experience and I made several new writer friends. I made the cut and did reasonably well, receiving one partial request from an agent, but the critical feedback I received from the judges caused me to completely rethink the beginning of my book. I cut the prologue and rewrote my first two-fifty, which led into the fifth full revision of the manuscript. All the while, emails from agents politely declining my queries continued to trickle in.After Pitch Slam, I saw that Michelle was running another contest called Query Kombat and I decided to enter that one too. Spurred on by this new contest, I started from scratch and wrote my third and final query. I loved it, but wasn't sure if anyone else would. Reception was mixed - I was picked for Mike's team and ended up the Adult Co-Champion, but I didn't get a single manuscript request. It was disheartening. I had a few fulls and partials outstanding with agents, but I was feeling burned out on querying and decided I'd send one more before taking a break. Lucky 82.I queried Brianne on July 1 and she responded on July 2 asking for 50 pages. I sent the 50 pages, with no great expectations. At this point, no partial request had ever turned into a full. On the morning of July 4 I woke up to see that she had sent an email at midnight requesting the full manuscript. I sent it immediately and went about my Independence Day activities. All day I surreptitiously checked my phone, looking for a confirmation that she received the full manuscript. At 4:30, while helping my mom cut watermelon, I checked my phone and there was The Email. She loved my book and wanted to talk on Monday!My pessimism had me convinced it would be at best a request for an R&R. But it wasn't - it was The Call. Brianne really “got” my story and her excitement was contagious. I loved her suggested edits and I accepted on the spot. I quickly let every other agent who had a full, partial or query know that I had accepted representation. I am relieved to be done querying and thrilled to move on to the next steps toward publication!