Woman in Fantasy with Anna Kashina

Today Anna Kashina joins us to talk about women in fantasy. The second book of her Majat series, The Guild of Assassins, releases August 5th. I really enjoy her first book of this series, Blades of the Old Empire. 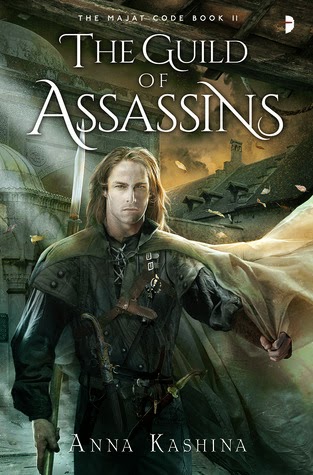 Kara has achieved something that no Majat has ever managed – freedom from the Guild!But the Black Diamond assassin Mai has been called back to face his punishment for sparing her life. Determined to join his fight or share his punishment, Kara finds herself falling for Mai.But is their relationship – and the force that makes their union all-powerful – a tool to defeat the overpowering forces of the Kaddim armies, or a distraction sure to cause the downfall of the Majat?

I am a fan of epic fantasy. My fascination with this genre started early on when, as a child, I developed my interest in folklore and fairy tales from different cultures into a minor form of scientific research. Later on, when I got my hands on a copy of “The Lord of the Rings” my love for the genre was sealed. I devoured anything I could read in this genre and tended to lose myself in these imaginary worlds.

Thinking back to that time, it seems mind-boggling that *none of these early stories had a major female protagonist* and *I did not even notice*! In a way, I think we were all conditioned, influenced by early fantasy and folklore which implied that such important things as war and magic--major elements in many epic fantasies--are best left to men. There were exceptions, like Lady Galadriel, but all such women were definitely in the background compared to the men. Along with many readers at the time, I used to take it for granted, and now, even as I am writing this post, I am finding it hard to believe.

My first introduction to the idea of fantasy told from the women’s point of view were the works by Marion Zimmer Bradley. A friend recommended “Mists of Avalon” as “the story of King Arthur told from the women’s point of view”. I found the idea intriguing, and I absolutely loved the book. I read other novels by Marion Zimmer Bradley, who became my hero for the way she could truly center her stories on women, revealing an additional dimension of my favorite genre. I think, after reading her books, I never actually went back to the old classics.

From the perspective of today’s fantasy, where female protagonists are not only common but probably more abundant than male (at least it appears this way in the books I tend to be drawn to), I am realizing one thing. Female point of view can bring an entirely different perspective into the story. It is not better or worse, but both are necessary to show the world as it is, and leaving one out inevitably creates a bias--which can be good in some cases, but never complete. In a way, I tend to compare it to perspective in painting, which enables the use of two-dimensional drawings to portray three-dimensional world, adding a level of depth that was previously only imagined but never realized. Despite the fact that literature and storytelling are nearly as ancient as visual arts, it is amazing that this shift took centuries longer with books, especially when it came to fantasy and other types of speculative fiction.

While I love some of the books centered solely on female characters--and I have a number of male-centered ones among my favorites--in my own books I like mixing male and female perspectives. With this style come additional challenges: the switching, making both points of view believable and gender-appropriate. In “Blades of the Old Empire”, book 1 of the Majat Code released earlier this year, there are two nearly equal points of view: Kythar, the crown prince and heir to a disputed throne, and Ellah, a common village girl with a rare gift of truthsense. Both of their perspectives drive the story, and it has been so much fun to work on achieving this mix.

In my current release, “The Guild of Assassins”, book 2 in the series, Kythar’s point of view is contrasted by another female character, the Majat warrior Kara, who was previously central to the story but never had a point of view in the previous book. I am pleased with the way it turned out, and I in fact found her character intriguing enough to give her an even bigger role in my work in progress, as-yet-unnamed book 3 of the Majat Code. 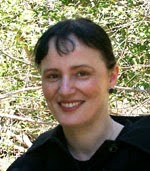 Anna Kashina grew up in Russia and moved to the United States in 1994 after receiving her Ph.D. in cell biology from the Russian Academy of Sciences. She works as a biomedical researcher and combines career in science with her passion for writing. Anna's interests in ballroom dancing, world mythologies and folklore feed her high-level interest in martial arts of the Majat warriors. She lives in Philadelphia, Pennsylvania. Awards: 2013 Silver Medalist, ForeWord Book of the Year. 2014 Silver Medalist, Independent Publishers Book Award (IPPY).
Posted by Michelle 4 Laughs at 8:00 AM