Wade hails from Nova Scotia, land of wild blueberries and Duck Tolling Retrievers. He teaches ancient languages, dabbles in animation, and spends the rest of his time as a stay-at-home dad. It is also possible he has set a new record as the slowest 10K runner. Ever. He owns one pretend cat and one real one, and they get along fabulously. He has been writing fiction for over thirteen years.
Twitter 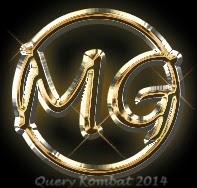 In fourteen-year-old Anne’s opinion, there are two kinds of quests: the kind that lead to unicorns and lollipops, and the kind that get you and everyone you love killed, horribly and painfully (possibly by zombie sharks). She knows this because her budding magick abilities have accidentally entangled her in a quest, and so far she hasn’t encountered any lollipops.

She could opt out, but then as per Paragraph 5 Subparagraph 3 of the Official Questing Regulations she’d be exiled forever and all of her friends would be tossed into a dungeon. She’d rather kiss a Steam Troll than let that happen.

Her task? Slay a silver dragon that doesn’t exist. In just three days. With only the guidance of a wizard with a platypus for an arm and a sassy holographic sparrow. It’s all pretty straightforward (“straightforward” being a relative term) until she meets Lord Oswald, a weirdo in a cryogenic chamber who wears a lab coat and comfortable loafers. As the duly licensed Antagonist, he should be trying to stop her. Instead, he swaps roles and steals her quest.

That’s when Anne learns she wasn’t on a mission to save the world, but to destroy it (so not exactly environmentally-friendly). And Lord Oswald seems more than happy to see it through to completion. With the atomic clock counting down, Anne must figure out why she’s suddenly the villain of her own quest and pray to all things platypus-related that her unstable magick can defeat Oswald’s ten-thousand-year-old “technology.”

If she stops him, she might yet become a HeroTM

If she doesn’t, everyone dies (in which case, definitely no lollipops).

At Saint Lupin’s Institute for Perpetually Wicked and Hideously Unattractive Children they didn’t play favorites. Each orphan was treated with the same amount of disdain and neglect. They were provided with one threadbare tunic, one pair of ill-fitting shoes, and one dusty and moth-eaten overcoat. They were given a daily ration of gruel, and they were bathed exactly once per month, just before going on duty in the coal mine. This, incidentally, was consistent with the advice given in the popular self-help guide, How to Raise Orphans and Make Money.

There were three ways to leave Saint Lupin’s. The first was to get adopted. Perhaps by a nice family who would whisk you away to your long dreamed-of castle on a hill—one surrounded by forests and glens, filled with interesting and friendly people, rich with history and bright with promise and hope. The board of governors was extremely pleased with its track record in this regard as it had managed to prevent all adoptions since the Institute’s foundation.

The second way was to reach the age of fourteen and be unceremoniously kicked out on your bottom.

The third way was to embark upon a quest. Although quests were heavily regulated (so they could then be heavily taxed), there were no restrictions regarding age or background and thus anyone could apply. The secret to a successful application was first to fulfill a prophecy (also heavily taxed). At Saint Lupin’s, both of these topics, that is, quests and prophecies, were considered particularly taboo subjects of inquiry.
Posted by Michelle 4 Laughs at 12:00 PM