Getting the Call with Laura H

So happy to share another contest success story. Laura was one of my picks from Query Kombat and didn't even need contest help to sail into a call with her very own agent! She was actually my very first yes pick! See her agent round entry here! 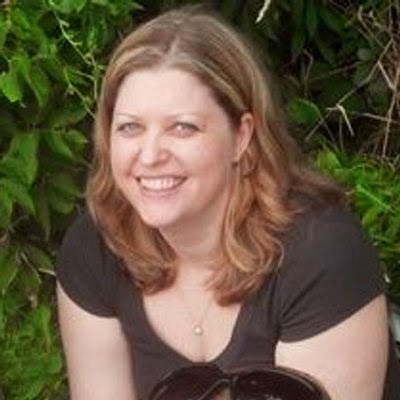 You hear that finding an agent takes forever. And you hear those awesome stories about people getting offers overnight. For me, it was both very quick and very slow (and completely awesome).

I’ve always loved writing. I have random first pages of unfinished novels saved all over my computer. But I never really got the push I needed to finish a novel - life always got in the way. Then, in 2013, when I was on my honeymoon, an idea gripped me that wouldn’t let go. I raced to put it on the page when I got home. Soon, the words just poured out of me.

The first draft took about six weeks. Then I walked away, researching publishing for a few weeks before editing. I sent it to a friend for fact-checking while I revised. Then I edited it again. But my next step was what many new writers do: I queried too soon. Those two revisions weren’t enough. It took weeks of rejection to figure out what was wrong with the manuscript. Finally, I stumbled across the idea of getting a creative partner (how did I not know about this earlier?). After a couple of false starts, I found an awesome CP, and we went through the manuscript, chapter by chapter. Finally, after two more full rewrites, it was ready to go out again—about four months after I finished the first draft.

Starting in March, I sent groups of query letters. I entered contests, and as my manuscript slowly improved, so did my contest luck: I was runner up in Sun vs. Snow (between rewrites), featured in NestPitch (with no requests), and made it to the agent round in Query Kombat (with two requests). Each time, feedback helped me make my query and opening pages stronger.

I knew not to expect The Call within a couple of days after querying: everyone knows those stories are the exception. Still, every time I sent a query, part of me hoped, this time, I’d be the overnight success story. I even walked around Target for an hour once, constantly refreshing an agent’s Twitter feed because she said she liked a MS she’d just gotten. (The fact that cell phones barely work in my local Target did nothing to diminish my excitement.) It wasn’t mine. But I kept querying, incorporating feedback as necessary, and I started to get a lot of full requests.

July 7 was a crazy day. Around 9:30 a.m., I got a rejection from a partial I’d sent months earlier. At 9:45 a.m, I sent a query letter to an agent I’d heard good things about. At 10:30 a.m., she sent me a full request. (Yes, that’s right. 45 minutes later.) This was the fastest request I’d ever gotten. Still, I’d gotten requests in a couple of hours that didn’t pan out, so I knew not to get too excited. About 10 minutes later, I received a rejection from another agent, helping me keep my feet nailed firmly to the floor. If usual querying is a roller coaster, that hour was like being inside a martini shaker. I wondered if I was going to make it.

Tuesday, I happened to pull up my email while at the gym. (I swear it was an accident—usually, I go to the gym to unplug and de-stress, not think about queries.) The agent I’d queried on Monday wanted to know if I had time to chat about my manuscript.

Of course I did! I raced out of the gym to charge my dying phone (didn’t even finish my workout). We scheduled a call later that night. I asked a friend if they ever called to personally reject you. Then, I calmed down enough to speak coherently, the phone rang, and less than 36 hours after I sent that query, I had an offer from an excellent agent. It really can happen that fast.

I danced. Cheered. Screamed. I remembered that I had other full manuscripts out (plus some regular queries). So, the next step was to sit down and let the other agents know that I had an offer. To agents that had the manuscript more than a month or so, I offered a slightly revised version. Some replied right away to let me know they’d read it next. Some bowed out politely. Some didn’t reply at all. One emailed back to request the most updated version.

The next morning, I found a message from one of my friends. “Did you leave [often misused word] in your manuscript? I think this agent is reading it now.” The same agent I’d once tracked walking around Target. My heart plummeted. I’d forgotten to cut that problem word before sending. I clicked on the agent’s Twitter feed nervously. But she liked it! She tweeted about how much she loved the manuscript she was reading. My hopes soared. It had to be mine, right? It was. I opened my email and found a message asking if I was free to talk about the manuscript.

We arranged for a time the following afternoon. Then we talked, and I absolutely agreed with everything she had to say about the manuscript—including removing things I’d added because I thought the reader would like them. (Note: Don’t try to write for other people.) Before we even got off the phone, I knew I’d found my agent. The first agent I spoke with was great, but the second really got me and my work. I still had some full manuscripts out there, and I waited for responses before signing, but there was never really a question in my mind who I would pick after that conversation.

The day I’d promised to give my decision, I woke at 5:00 a.m. My phone was in hand before I decided that my new agent probably wouldn’t appreciate hearing from me in the middle of the night (especially since she’s not on the East Coast). I couldn’t contain my excitement, though, so I scanned the contracts and sent her an email at around 5:30 a.m. Then I sent another email to the first agent, who was very gracious and sincere in responding with her congratulations. I know that I would’ve been in good hands with either of them, but my gut told me to pick Jen Karsbaek, and I couldn’t be more excited about it.
Laura writes women’s fiction, represented by Jen Karsbaek at Foreword Literary. She wrote her first "short story" when she was five years old, detailing a family's Saturday morning on their Commodore 64 (it may have somewhat auto-biographical). She’s been writing ever since. In her spare time, she loves playing board games, baking, and binge watching anything by Joss Whedon. She also really likes parenthetical phrases (but not in fiction) and the Oxford comma.