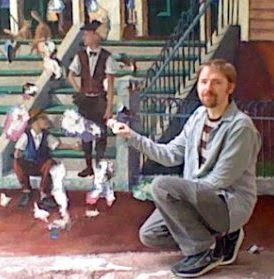 Max Wirestone lives in a small town in New England with his husband and son.  When he's not running his town's library or chasing a toddler, he is usually reading or writing. 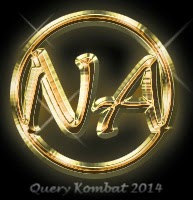 You'd have to be drunk or crazy to hire Dahlia Moss as a detective, and her client was conveniently both. Drunk was verifiable-- there was a wine glass in his hand. Crazy was self-evident: Dahlia had no experience, no money, and the only thing she'd been reliably good at finding were pink slips.

The details of the job only make it seem stranger. The client wants her to recover the Bejeweled Spear of Infinite Piercing, a powerful and breathtakingly gaudy weapon from the online game "Kingdoms of Zoth". The pay is insane, a thousand bucks just for looking, and double for finding it. Dahlia thinks the job is certifiable, but pragmatically signs on; two thousand bucks buys a lot of Ramen.

Her investigation takes her through the student slums of St. Louis and into the on-line jungles of Zoth, interviewing aggrieved gamers, drunken fire-mages, misogynist golems, and an extremely petulant tree. But just when she gets a handle on the case, her client turns up dead-- skewered by a 3-D printed replica of the very spear she was looking for.

Suddenly, the police are involved, and Dahlia is in the middle of a murder investigation. Gamers are showing at her doorstep, detectives are trailing her, and more 3-D printed spears are mysteriously showing up in the mail. It's exactly the wrong time to learn that her client's decision to hire her wasn't so random after all.

The only time I ever met Jonah Long he was wearing a fake beard, a blue pinstripe captain's outfit and a toy pipe that blew soap bubbles. He did not seem like someone who was about to change my life.

"I have a proposition for you," he had told me. Admittedly, that does sound like the kind of thing a life changing person might say. It's right up there with "it's dangerous to go alone-- take this!" and "you are the chosen one." But a plastic bubble pipe really takes the edge off this sort of thing.

It was a nautical themed party, which partly explained his ridiculous outfit. I'd thought he was hitting on me. “I’m in a non-dating phase," I'd told him. Not entirely true, but I repeat: bubble pipe.

I had no idea who he was. I was irked that he knew my name but it was clear from the way Charice was hovering over him that my roommate was involved. She was wearing an over-sized mermaid's outfit that made her look faintly seal-like-- especially with her mugging at me as Jonah spoke. Eh? Eh? I felt like I should throw a fish at her.

But really: what could I do? I had seventeen dollars and twenty three cents in my bank account at the time of this exchange, with less in savings. I could only use ATMs that dispensed tens. Despite my correct sense that Jonah was 1) ridiculous and 2) trouble, at the phrase "financial proposition" he had my undivided attention.