Betsy Aldredge is a former magazine editor turned museum professional. She’s worked at a library and at two independent bookstores including Shakespeare and Company. Born a book nerd, she is happy to pass on the tradition. Her four-year-old daughter is named after a Harry Potter character and already insists on sleeping with piles of books in her bed. She lives and works in New York.

Carrie DuBois-Shaw has had two plays for young audiences produced in New York City and spearheaded the new play development program at The New Victory Theater, a performing arts venue in Times Square dedicated to engaging and entertaining kids and families. She recently relocated to San Francisco, where she is enjoying the abundance of independent bookstores, sour dough bread, and fog.

Betsy and Carrie are members of SCBWI (Society of Children's Book Writers and Illustrators). They met at NYU where they lived in a haunted dorm, studied theater, and were secretly delighted to be mistaken for English literature majors. 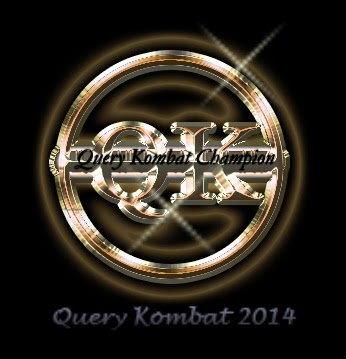 
Seventeen-year-old Samantha Berger is pretty sure most nice Jewish girls don’t have parents who force them to hunt Bigfoot, especially on national T.V.  Just when Sam thinks she couldn’t be more humiliated, she meets the competition: a team of snobby anthropology students from Yale who are set on wiping the floor with her “Squatch” loving family.

The captain of the other team, Devan Mehta, is impossibly cute in a Bollywood Romeo-meets-Sherlock Holmes sort of way — until he opens his perfect British mouth and calls her family a bunch of low-class wankers. Sam’s no longer just embarrassed. She’s livid, and determined to beat the ascot off Devan and his crew. After all, the prize money will allow her to study pre-med at the college of her dreams, far from Yetis and Yalies.

Teamed up by the producers for a special challenge, Sam and Devan bond over family pressures, geek out over fantasy fiction, and learn to rely on each other. In a moment of honesty, Devan admits he may be kicked out of his anthropology program if his team fails and Sam worries about paying for college if she doesn’t win. Before they know it, understanding leads to attraction and a steamy snogging session. Now, as the competition heats up, Sam must choose between her ridiculous family and Devan. Suddenly, finding Bigfoot is the smallest of Sam’s hairy problems.


On a good day, my parents were just mildly embarrassing. The day the camera crew came to our house was not a good day.

I squinted at the bright lights illuminating our dingy living room, and turned to my older sister, Sophie. “Hunting Bigfoot in private isn’t bad enough?” I whispered. “Now Mom and Dad have to humiliate us on national television?”


Sophie shrugged. “You’ve been complaining for weeks. It’s time to suck it up.”

Colin, the producer of a new TV show called “Myth Gnomers,” stood behind our scratched-up coffee table shooting pre-interviews with my parents, me, and my two sisters. The awful title of this lame reality show should’ve served as an obvious warning we were about to do something ridiculous, but nope, it sure didn’t.
Instead of running like hell, all five of us were squished together on our stained, saggy brown couch, smiles frozen in place. At least our butts hid the holes in the upholstery.

“Checking. Checking one, two. Your mics should all be on now.” Colin peered over the camera at my parents’ matching neon green shirts that read, “Ohio is Bigfoot Country.”

My mom’s smile tightened. She glared and gestured at me until I put on a Northern Ohio Bigfoot Society hat like my sisters. Each Sasquatch club designed their own logo. My tacky trucker cap had a cartoon footprint and a motto on it in Latin— which probably translated to “We have nothing better to do.”

I pulled the brim over my eyes and slumped down, wishing I could join the pennies and crumbs hiding in the crevices of the sofa.